Georginio Wijnaldum has said Liverpool’s title fortunes rest on sustaining the form that dismantled Bournemouth on Saturday, when he shone throughout the 3-0 victory despite suffering illness.

The midfielder capped a man-of-the-match display with a delightful goal, his first at Anfield since October 2017, as Jürgen Klopp’s side reacted impressively to Manchester City overtaking them in the title race. Wijnaldum was named in the lineup only on the morning of the game, having missed training, through illness and he disclosed in graphic detail that he played while suffering with a stomach complaint.

“On Thursday night I had a tablet from the doctor for my knee,” said the 28-year-old, who missed the draw at West Ham with an ongoing knee problem. “It was a tablet that could induce stomach pains. I took it and I had a pain and thought it was from the tablet. In the end I was vomiting and everyone was a little bit scared. I didn’t train on Friday and I didn’t sleep at the hotel either because they thought I might infect other players.

“The manager called me and asked if I could play. I said I was as positive as I can be. In the morning I was still weak and had diarrhoea. The tablets helped a lot but even at half-time I had to run off quickly to get to the toilet. At half-time I thought: ‘Oh no’ but I ran inside and managed to control it!”

Wijnaldum is confident he will recover from the illness and the knee condition during the 10-day break before Liverpool’s next game, against Bayern Munich. Klopp is taking his squad to a training camp in Spain. The Netherlands international said the Bournemouth victory was the perfect response to dropping points against West Ham and Leicester, and re-set the benchmark for the performance level required to win the Premier League.

He added: “It is always a good response when you win. Three goals and a clean sheet makes it even better. We must make sure we respond every game, not just one game. It is difficult [competing with City] but we already knew from the beginning that it would be difficult. We have to control our results and performances. We have to give everything in every game and in the end see where we are. You could see at the beginning of the season we have improved. We just have to keep it going.”

Liverpool’s midfield three of Wijnaldum, Fabinho and Naby Keïta impressed, with the summer signing from RB Leipzig producing one of his strongest games for the club. Keïta has started the past four matches, his longest sequence, and Klopp admitted a decision was taken to play the Guinea international into form.

The Liverpool manager said: “Hendo [Jordan Henderson] maybe could have played, Adam [Lallana]could have played again but Naby was pretty much one of the first on the team sheet for different reasons.

“This game was a big step. The second half against West Ham was a big step but nobody really realised it because nobody was happy with the game and nobody talked about this. Maybe people liked to talk more about the negative things from the first half with Naby. It was not good at West Ham, that’s no problem. We will probably see a couple of bad halves from Naby in the future. But it was clear the whole week the second half was really important to him. The position was clearer and clearer. There is still a lot to come because he is still adapting. Sometimes it takes longer, that’s how it is. People lose patience, that’s normal – but we don’t. This was obviously one of the best games he’s played.” 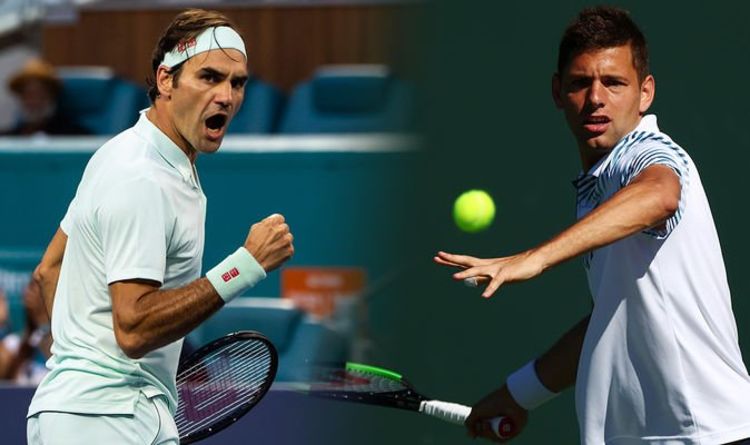 Roger Federer and Filip Krajinovic meet in the third round of the Miami Open 2019 today. The Swiss tennis star will be […]