(Reuters) – Justin Rose opened the door to his rivals with a bogey at the par-five 18th which cut his lead to three strokes over Adam Scott in the third round at the Farmers Insurance Open in San Diego on Saturday.

Rose also recorded two double-bogeys but did enough right to card three-under-par 69 and end the day with the same lead as he started at Torrey Pines.

Scott birdied the last to move into second at 15 under, with 2017 champion Jon Rahm of Spain another stroke behind after a 68.

Leader Rose ran in a series of mid-length putts, few better than a 20-footer from the fringe for eagle at the par-five ninth.

The world number one threatened to turn the event into a one-man exhibition, going six ahead at one stage, before he pulled his 160-yard approach shot into a penalty area at the par-four 14th and gave back two shots.

At the 18th, Rose considered laying up from the light first cut of rough but in the end had a crack at the green with a fairway metal.

However, his ball came out heavy and found the pond guarding the putting surface.

“Out of the first cut it was probably a little risky,” he said.

Second-placed Scott, making his first appearance in the event a strong one, has long had a great swing and this week he is putting well too with a new grip.

“I did a pretty good job of it all today,” he said of his overall game.

“Sixty-five around the south course, I don’t care what the conditions are, it’s a good score.

“You’ve got to be very happy. I just didn’t make up enough ground on the leader. I’m still lagging way behind.”

He was speaking before Rose’s bogey at the last.

Third-placed Rahm warned not to expect a repeat of his charge to victory in 2017, when he played the final nine holes in 30.

“The fact I shot six under a couple of years ago, it’s a borderline miracle,” he said.

“It’s very hard to do that again. The back nine is no joke.”

Tiger Woods started with two bogeys in the first three holes and battled to a 71 that left him 13 shots behind on the course where he won the 2008 U.S. Open.

That was his 14th major title, a number he has not added to in the ensuing decade.

Reporting by Andrew Both in Cary, North Carolina; editing by Clare Fallon

It’s been a month of incredible success at the Winter Olympics. It was a month, right? It certainly felt like it, though […] 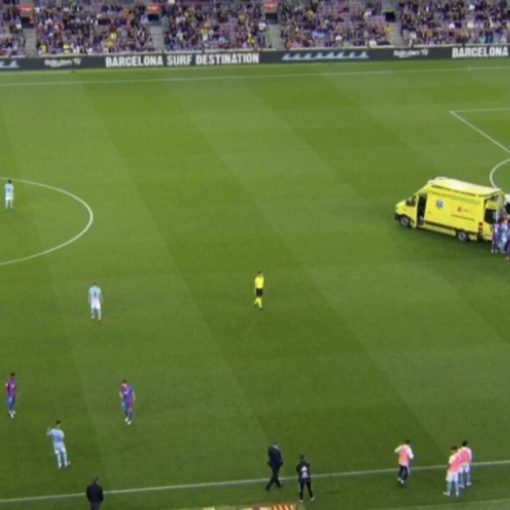 And the former Arsenal striker put Barcelona 3-0 up shortly after the restart. Iago Aspas then pulled one back for the visitors […]

It’s thrilling, visceral television. The sort of raw, unbridled authenticity that makes Roy Keane one of the most compelling pundits not just […] That’s the view of Liverpool legend John Barnes. Liverpool have had a perfect start to the season, with Jurgen Klopp’s men winning […]