Eddie Jones has made the remarkable claim that he may break from convention and select nine forwards in his England side. Jack Nowell, who played at centre in his last Test appearance, against Japan in November, is seen as an option at openside flanker for the Six Nations as Jones considers ripping up the traditional playbook, predicting the emergence of a “new breed of player” equally adept as a forward and a back.

Jones explained his radical theory after leaving the injured Dylan Hartley out of his 35-man squad for England’s Six Nations opener against Ireland on 2 February. Jones hopes to have his co-captain available for England’s third match against Wales three weeks later but conceded the hooker’s knee injury may require surgery. Owen Farrell takes over the sole captaincy in the interim despite Jones acknowledging issues with his communication with officials and tackling technique.

If Farrell’s captaincy remains a work in progress, Nowell’s conversion to flanker has not yet started. Selecting nine forwards would be an even more extreme move, all the more so nine months before the start of the World Cup, but Jones explained how shortly before the 2015 tournament he picked the back-rower Hendrik Tui on the wing for Japan against Georgia and “played him as an extra runner off No 9”. He said: “There are great opportunities in the game to change it. There is no reason why you can’t play nine forwards. [The extra forward] could stand [at] blindside wing.

“When Japan played Georgia we played nine forwards. No one knew. It’s like in football, 4-4-2. Everyone used to play that. Then it became 5-3-2-1 or whatever it was [5-3-2], so there is no reason in rugby why there might not be changes in formations. I’m serious that there are opportunities to change the game because it has become so orthodox. Be really good at the core things but look at opportunities where you can change it.”

Examples of players successfully making the transition from the backs to forwards, or vice-versa, are rare. Tom Youngs carved out an England career as a hooker having previously played at centre but Mauro Bergamasco’s move from flanker to scrum-half for Italy’s 2002 Six Nations defeat by England was a glorious failure.

Nowell has won all of his 31 caps at either wing, full-back or centre, but Jones said: “We haven’t tried him out but he is definitely an option. He has great ball-carrying, great tackling skill; he puts his head over the ball, he’s a tough little bloke. He is going to be the new breed of player.

“The game has changed. The game used to be 80 minutes, now it is 100 minutes. The next change is you will have players who can play backs and forwards. Do you remember Rod Macqueen [Australia’s World Cup-winning coach]? He used to talk about it. It is going to happen. Jack Nowell is the one who stands out. [Tom] Curry and [Sam] Underhill are the opposite. They could play in a number of positions.”

Hartley’s absence is tempered by the returns of 223 caps’ worth of experience in Billy Vunipola, Mako Vunipola, Joe Launchbury and Dan Cole. Jones is optimistic that Hartley, who started England’s past two matches on the bench, will play some part in the Six Nations. “The first thing is he has to get healthy,” said Jones. “Then he’s got to get fit.

“At this stage we’d be hopeful that he’ll be back at least for the Wales game. It’s just wear and tear. He might eventually need an operation to clean it up, but they’re doing what they call passive rehab and we’re confident he should be fit to play.”

While Farrell will captain England in Dublin, Jones would not reveal whether he would start at fly-half or return to inside-centre and rekindle his 10-12 partnership with George Ford. Farrell’s move to fly-half in November was a success but his tackling technique was called into question after controversial no-arms hits on South Africa’s André Esterhuizen and Australia’s Izack Rodda went unpunished.

This month, he received a yellow card for a high tackle during Saracens’ defeat by Sale in a match that he was again called up for his aggressive manner in dealing with the referee. “It will be a consistent work in progress because he’s a competitor and he wants to be at them. But he will continue to learn,” said Jones.

“We all want the game to be safe and tackling to be in the right area. Owen wants the same thing – he wants to hit people hard, sometimes he has got it maybe a little bit wrong, but it is not intent and I am sure during the Six Nations he will endeavour to tackle in a legal way.”

2.04pm BST14:04 3 min: A stray crossfield pass bounces out of play. A thumbs-up from Matty Ritchie, who recognises the good intentions […]

Free-agent Austin Hooper agreed on a deal with the Cleveland Browns that will make him the highest-paid tight end in the NFL, […] 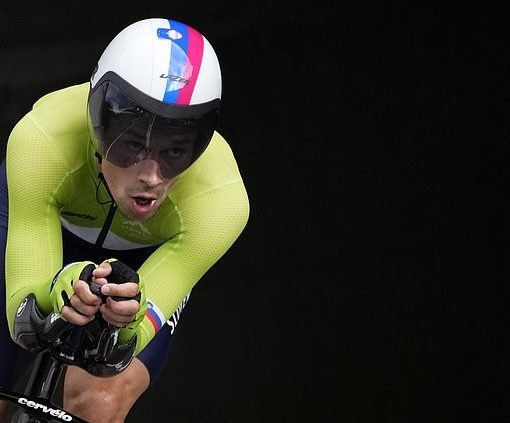