Rodgers is said to be top of Leicester’s wanted list if they sack under-fire manager Claude Puel, with pressure mounting on the Frenchman.

The Foxes followed up their FA Cup loss against Newport County with defeat to Puel’s old club Southampton last week, and he now faces a massive trip to Wolves on Saturday.

Rodgers is odds-on with some bookies to become the next Leicester boss, but Irish legend Duff is praying his gaffer doesn’t quit after teaming up with him this week as reserve team boss at Parkhead.

Celtic are on course for an eighth straight league title win.

The Bhoys are top of the Premiership, level on points with second-placed Rangers but with a game in hand and better goal difference.

However, the lure of a return to the Premier League could prove too much for Rodgers to want to stay, despite what Duff wants.

Duff said: “Brendan’s an amazing manager and a top man and long may he stay.

“Celtic is his dream club. When I speak to him he seems so happy. People overlook the fact he almost won the Premier League with Liverpool.

“I first met Brendan when he was youth manager at Chelsea. Jose Mourinho seemed to love the Irish and took a shine to the gaffer back then.

“I’d see Brendan every day and always have a bit of craic with him. I learned loads off him then because he would be up and around the first team.”

Rodgers was youth team boss at Stamford Bridge under Mourinho, and Duff revealed that their shared love for Celtic meant they hit it off.

Duff, 39, added: “That was the one thing we would chat about all those years ago – how much he loved Celtic and how much I loved the club.

“It’s funny how football works and I’m back around him now, annoying him. I’m over the moon to be here.”

Puel has been criticised throughout his 15-month tenure for being too negative despite hauling the club to safety as Craig Shakespeare’s successor last season.

Foxes owners King Power International are listening hard to the fans in a campaign made all the more difficult after the tragic death of chairman Vichai Srivaddhanaprabha and four others in a helicopter crash outside the stadium in October. 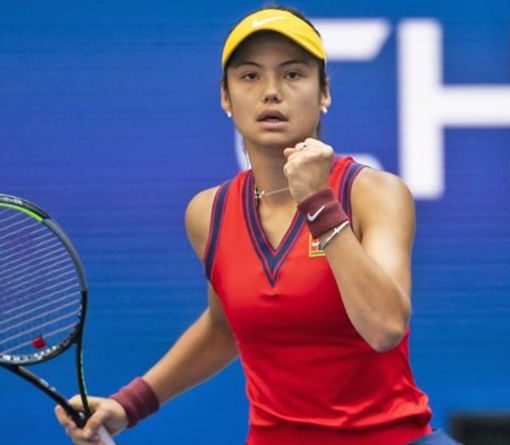 Emma Raducanu is currently in fine form at the US Open. The 18-year-old experienced heartbreak at Wimbledon earlier in the year but, […]

When Matildas skipper Sam Kerr announced her move to Chelsea in January, it was widely regarded as one of the biggest club […]

And so, we go again. I’m at a sun-bathed Lord’s, hoping it remains sun-bathed because in the period between me deciding I’d […]