Andy Murray’s mother, Judy, thinks he could play tennis again, although she believes he is still agonising over further hip surgery that would ease his pain while almost certainly ending his career.

Murray, who has won three majors, two Olympic gold medals, a Davis Cup, a knighthood and been voted BBC Sports Personality of the Year an unprecedented three times, says he will make a decision over the next week or so.

His mother was courtside in Melbourne on Monday to watch her youngest son lose to the Spaniard Roberto Bautista Agut in five sets in the first round of the Australian Open in what many believe was his last match.

On Tuesday she said: “I don’t know what he’ll do next. He probably doesn’t know yet. He can take his time, there’s no rush to make any decisions. It all needs to be looked at and researched and weighed up. But, whatever he decides, I’ll be right behind him. Quality of life, of course, is massive and he’s got two little kids. He must enjoy life in the long-term. But you just get the sense that there’s something else in him, that he’s not quite ready to quit yet. So we’ll see.”

Andy himself was equivocal, leaving open the possibility of either delaying surgery as he tries to prepare for a farewell at Wimbledon this summer, or having a second operation which would ease the pain in his right hip and allow him to lead a normal life, but would make a return to elite level competition difficult, if not impossible.

Judy Murray said she first realised Andy had set an end-point to his career when she visited him in Miami before Christmas. “I could see he was in pain in between points [in practice]. I could see it in his face, as well, obviously, as the limping. It wasn’t stopping him from chasing everything down, but you could see that it was torture.

“After one practice session he said, ‘I just can’t do it anymore.’ It was heartbreaking because it’s been his life. He loves it so much. He has always loved the life, loved the game. He’s the only one who knows how he feels, the only one. Nobody else can tell you any of that. He has to trust himself, he has to make that decision. He is never letting anyone down by saying it. We can encourage him all we like. At the end of the day we don’t know how he feels, we don’t know bad it is mentally and physically to go through something like that.”

She added: “It’s very hard as a parent to watch your kids struggling with anything, especially if they are physically hurting. Also to know that there isn’t really anything you can do to help them, that’s really hard. But I’ve always been a big believer in encouraging your kids to make your own decisions, step in if you realise they are going to make a huge boob, particularly when they are younger. You want them to be strong enough to make those decisions for themselves.

“When you are surrounded by a lot of people who have been with you on the journey, it is maybe a little bit harder because you feel like you are letting everyone else down, but, in actual fact, you are not because it is only about you. It can only be about him. Twenty months is a long time to be in pain. Whatever is right for him is right, no question.”

Murray said after his match against Bautista Agut, which lasted four hours and nine minutes, that over-training early in his career had probably taken its toll. His mother agreed, saying he should have copied the example of Roger Federer, who, at 37, sticks to a lighter regime.

“What always concerned me was the limited amount of rest and recovery there was from competition, in particular, but also what he put himself through in the off-season in order to get better. I think Roger summed it up beautifully the other day when he said, ‘You have to trust in your talent’. It’s not about volume, it’s about working smart. That’s always been my theory.

“But hindsight’s a great thing, isn’t it? The good thing with Andy is that he’s so willing to share his experiences and his advice with others, particularly the younger generation coming through. Hopefully he can help them and their coaches and parents not to make the same mistakes.”

She revealed that Andy was fortunate to have played professional sport in the first place.

“He is remarkable. He was born with a bipartite patella [split kneecap]. We had no idea. Obviously you don’t know what’s going on in your body until you scan it or X-ray it. When that was discovered, back in 2003, he’d had a good eight or nine months of it being diagnosed as patella tendinitis.

“The consultant said, ‘I don’t know if it’s a bipartite patella or if the kneecap is fractured.’ We couldn’t afford a scan, which was over £400. That was a fortune in those days, and I didn’t have the money. I had to go to the Scottish Institute of Sport and, thankfully, they paid for it. That began a search for tennis players who had had bipartite patellas, how they’d treated it and what had they gone on to do.”

As for Andy’s future, she says: “He’s got a lot of options. He’s a really smart guy, he’s interested in a lot of things. I think he’d be a great coaching mentor. [His brother] Jamie would be as well. They both read the game very well, they understand it, they communicate very well – and they’ve got masses of experience.

“Andy did a little spot of commentating during Wimbledon last year and he seemed to have done a good job with that too. He’s interested in property, he’s got the hotel in Scotland, he’s got Seedrs, the start-up companies, so he’ll not be short for options, that’s for sure.”

Tottenham are set to sign the Real Madrid left-back Sergio Reguilón for €30m (£27.6m) after Manchester United refused to accept the La […]

Managers come and go but Lionel Messi remains. There were 15 minutes remaining in Quique Setién’s first game as manager of Barcelona […] 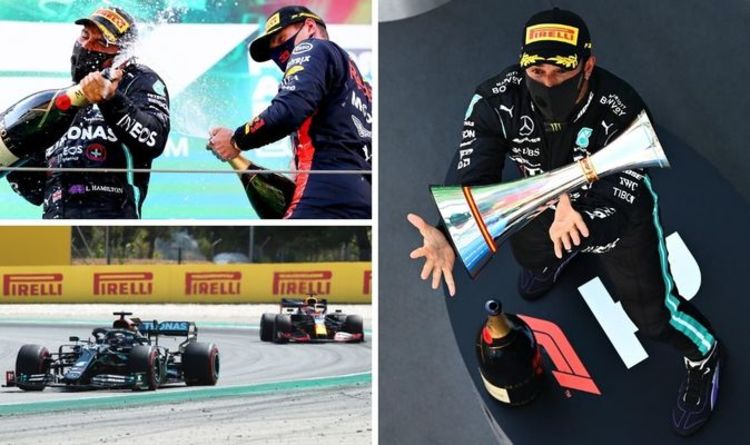 Hamilton and co. can now enjoy a two-week break before they go racing again at the Belgian Grand Prix later this month. […] 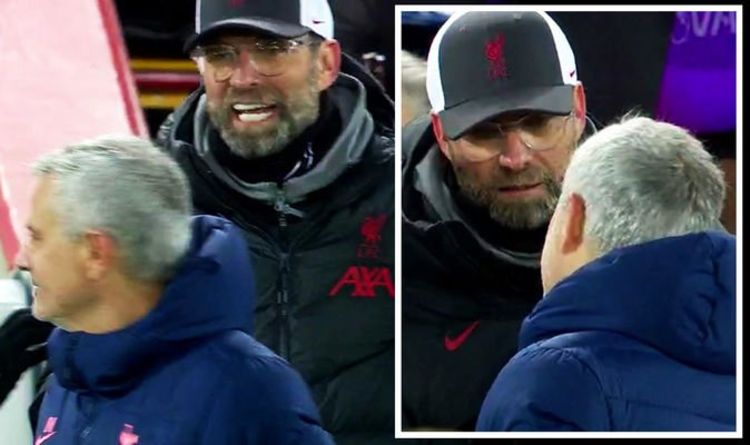 “So close to winning, yeah, not so close of a draw – so close of winning,” Mourinho said. “We missed the chances, […]