The 2019 Mazda MX-5 Miata is, in a word, better. More power, more features and smarter option packages improve on what was already one of the best cars you can buy today. Individually, most of these changes aren’t dramatic, but together they make the 2019 model more fun to drive and easier to live with.

The fourth-generation MX-5 Miata is already noteworthy for its excellent, ergonomic driving position, and the 2019 model marks the first appearance of a telescoping steering wheel. This new degree of adjustment makes the driver’s seat an even more comfortable fit — particularly for taller drivers.

Of course, the more complex telescoping column comes with a weight penalty. The new assembly is 0.45 pounds heavier than before. That doesn’t sound like a lot, but it must have killed Mazda’s engineers — this is an automaker that obsesses over shaving grams from wire harnesses. However, the new ability to better fine-tune the seating position for drivers of all sizes is worth it.

Buyers of the feature-laden (for a Miata) Grand Touring model can now choose a new brown fabric soft top, which replaces the red option from the 2018 model. It turns out that a lot of buyers gravitate toward the Soul Red paint which clashed with the deep red top. This new brown option should be a better match with more of the available hues.

Another buyer frustration that’s been addressed for 2019 is having to choose between the sporty Club model with its limited-slip differential, strut tower bar and Bilstein suspension — and the Grand Touring model with its longer list of creature comforts. For 2019, a new $750 GT-S package for the Grand Touring adds the go-faster bits to the top model, though automatic GT-S models still miss out on the better dampers.

Speaking of the automatic, the six-speed AT now features revised gearing with a shorter final drive and improved shift programming for more relaxed driving with less hunting between gears. (Fun fact: Only about 40 percent of MX-5s sold are automatics. Manual FTW.)

The MX-5’s manual transmission uses the same gear ratios as before, but has a new “low-inertia” dual-mass flywheel that cuts down on noise. While smoother and quieter, dual-mass units are usually much heavier and less responsive than simpler designs, but Mazda found a way to keep the weight in check and responsiveness on par with last year’s single-mass wheel.

Overall, additional features and equipment mean the 2019 MX-5 Miata with the manual gearbox now weighs 2,339 pounds, about 7 pounds heavier than before, while the 2,453 pound RF model has gained 8 pounds, but it’s likely that you’ll be grinning too hard to notice. Add about 45 pounds for examples with the automatic transmission.

Revised electronic throttle control calibration results in smoother power delivery, and now features “active cancellation of drivetrain oscillation” — basically micro-adjustments of the throttle position to cancel out some of the jerkiness when the driver makes a pedal input. But really, the effect is so subtle, you don’t notice it in daily driving.

All 2019 MX-5 models come standard with a new rear-view camera. Video quality for the camera’s feed is low-resolution and grainy, but it gets the job done. You don’t really need a camera on the soft top roadster model, but it does sort of come in handy with the RF’s bulkier roof. And, well, it’s now required by law for all new cars.

The camera’s lens is positioned unfortunately in the middle of the rear bumper as if to shout “FINE, HERE’S YOUR STUPID CAMERA!” at the government regulators. Dark colors — red, gray or black — hide it better, but I wish Mazda had tucked the camera down by the license plate where it would be better hidden. I can see camera-less, pre-2019 bumper swaps becoming a popular mod for MX-5 enthusiasts.

Also new for 2019 are Smart City Brake Support — Mazda-parlance for forward precollision automatic braking — and a traffic sign recognition system that displays speed limits and warnings on the instrument cluster’s information screen. These bits are standard for Grand Touring models, but are also optional for the Sport and Club.

Meanwhile, Mazda’s passive lane-departure warning system trickles down to the Club — it was previously only available on the Grand Touring — and blind-spot monitoring can now be had all the way down at the base Sport trim, as an optional extra.

Mazda’s 7-inch Connect infotainment is mostly unchanged for 2019. It’s still simple and effective, and still lacks Android Auto and Apple CarPlay. (The technology has been confirmed as coming to Mazda Connect in the 2018 Mazda6 in December via a software update, but Mazda refuses to give a timeline for an update to the MX-5.) The sole revision is the CD player, which is no longer available on any model. I doubt that many MX-5 drivers ever knew it was there in the first place.

With 181 horsepower, the 2019 Mazda MX-5 makes 26 more horsepower than last year. Torque gains are more conservative, climbing just 3 ticks to a peak of 151 pound-feet. The MX-5 reaches these gains simply by raising the redline of the 2.0-liter Skyactiv-G four-cylinder engine. Where the previous revision’s power peaked at around 6,000 rpm, the 2019’s power keeps climbing all the way up to 7,000 rpm before hitting the limiter at 7,500.

Of course, “simply raising the redline” is a surprisingly complex endeavor. Behind the scenes, the revised 2.0-liter features all sorts of revisions designed to help it breathe and combust fuel better at high rpm. There’s a larger throttle body, a smoother intake manifold with a dual-path design, a revised exhaust manifold and a higher lift exhaust cam with a longer duration.

Internally, the engine’s reciprocating bits — the pistons, rods and crank — are all lighter and stronger, which helps it spin more freely. A few new tricks likely learned from Mazda’s Skyactiv-X project help the MX-5 burn fuel more efficiently and completely. For example, increased pressure for direct fuel injection allow more effective use of two- and three-stage injection at low engine speeds, earning a 10 pound-foot of torque bump down around 1,500 rpm.

A positive side effect of performance improvement is a very slight fuel economy boost. The 2019 MX-5 Miata and RF with the manual gearbox gains a single highway mpg and now sits at 26 city, 34 highway and 29 combined mpg. Economy for automatic models is unchanged for 2019 at 26/36/29.

And, before you ask, Mazda states that the transmission issues that plagued early examples of the fourth-generation Miata have been addressed since the launch of the RF model last year. All new 2019 MX-5 models will feature the more robust and reliable gearbox internals.

Because all of the new power lives in the upper reaches of the tach’s swing, day-to-day driving feels a lot like the old Miata, just more refined.

Getting off the line around town is smoother and there’s noticeably less shudder when easing in and out of second gear in stop-and-go traffic. The 2019 model also features a new exhaust that has a much nicer sound. There’s less of that four-banger buzz and more of a deep tone, particularly in the engine’s midrange.

On a twisty road, the extra hint of torque across makes even relaxed drives feel more epic, while the improved exhaust note beckons the driver to higher revs. Only now instead of running out of steam just when the fun is beginning, the little roadster gets better and more animated the harder you flog it.

It’s still a Miata — 26 more ponies doesn’t dramatically improve the acceleration — but keeping my foot planted when slinging around the sweeping bends between Paso Robles and the Pacific coast revealed that the tone of the car is now even more playful and kinetic in dynamic driving situations. When you really wring it out, the 2019 MX-5 feels just a touch more special.

Meanwhile, the MX-5’s handling is as engaging and responsive as ever. I absolutely love the way this car balances predictable and nimble handling with a ride that’s not at all punishing. The roadster soaks up bumps, rather than skipping over them, which makes the car feel planted under dynamic driving conditions on sometimes poorly maintained but superbly twisty mountain roads between Santa Cruz and the San Francisco peninsula that I call home.

All the while the chassis, suspension and steering are busy relaying some of the best road feel to the driver’s seat, giving me all sorts of immediate and clear information about what the car’s doing and how my inputs affect it. As I learned during my first dance with the fourth-generation MX-5, “chucking the Miata into a corner becomes a rewarding adrenaline rush, rather than a mildly terrifying one.”

The 2019 Mazda MX-5 Miata RF goes on sale in the US this month with the soft top model following later this year, presumably with a similar price hike.

The extra top-end power is a great addition to a long list of traits that make the roadster desirable to enthusiasts bound for the track or autocross course. But even more casual drivers will find the meatier low-to-midrange torque, improved creature comforts and other refinements make the 2019 Mazda MX-5 more enjoyable day-to-day.

What I love about the Miata is how it makes even mundane drives feel special and a little fun. Grindingly slow traffic on the Pacific Coast Highway near Big Sur couldn’t wipe the grin off of my face, and this new model improves on all of that without compromises. 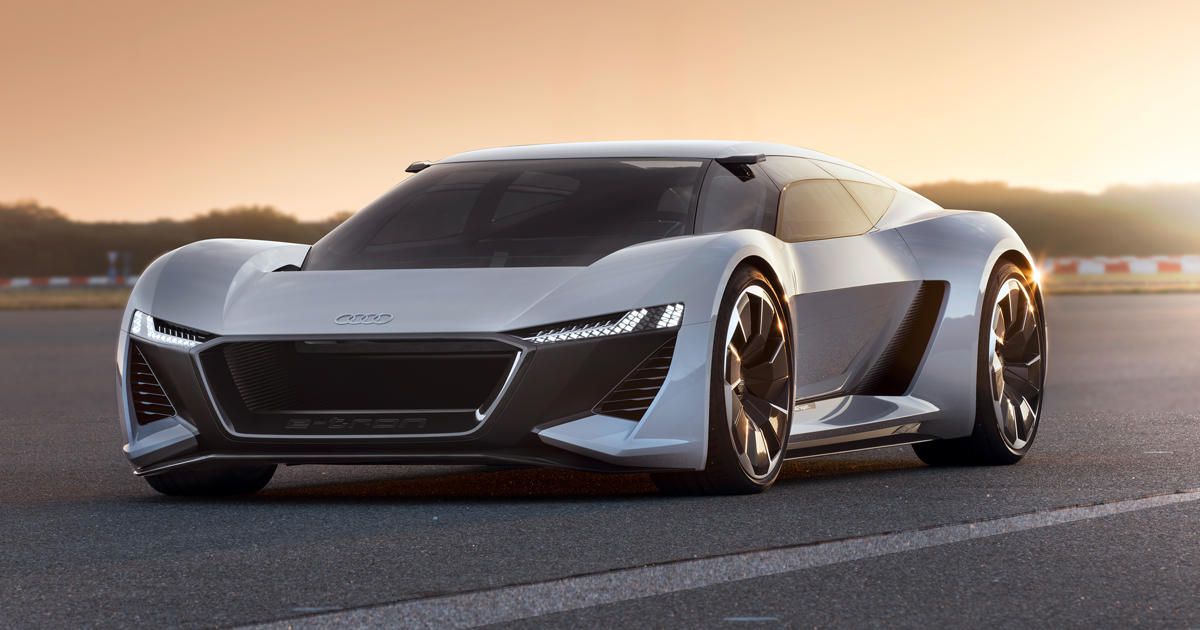 These days, just about every concept car from a major automaker is, at the least, autonomous and electric. While Audi’s latest concept […] 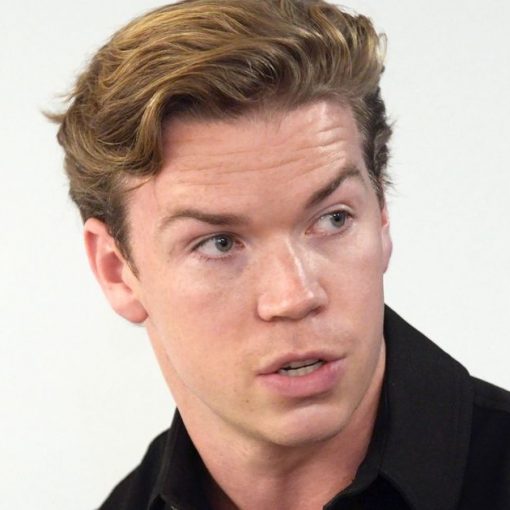 Will Poulter is joining the MCU. Shannon Finney/Getty Images Where there’s a Will there’s a warlock. Guardians of the Galaxy 3 director […] 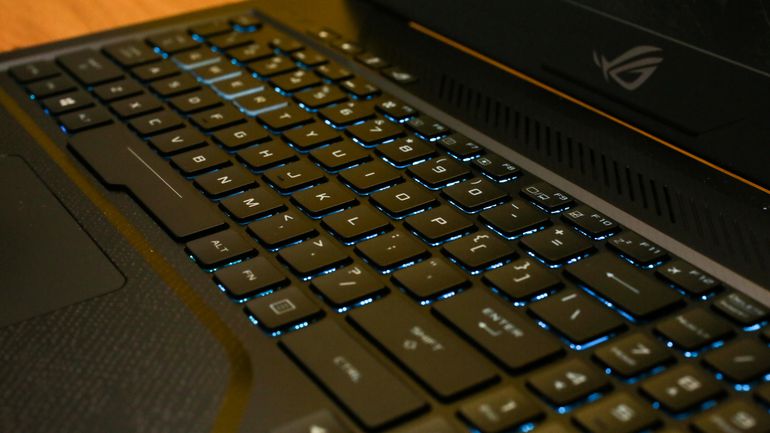 Asus calls this particular configuration of its 15.6-inch ROG Strix GL503 series “the Hero Edition,” because it’s ostensibly optimized for your big […] 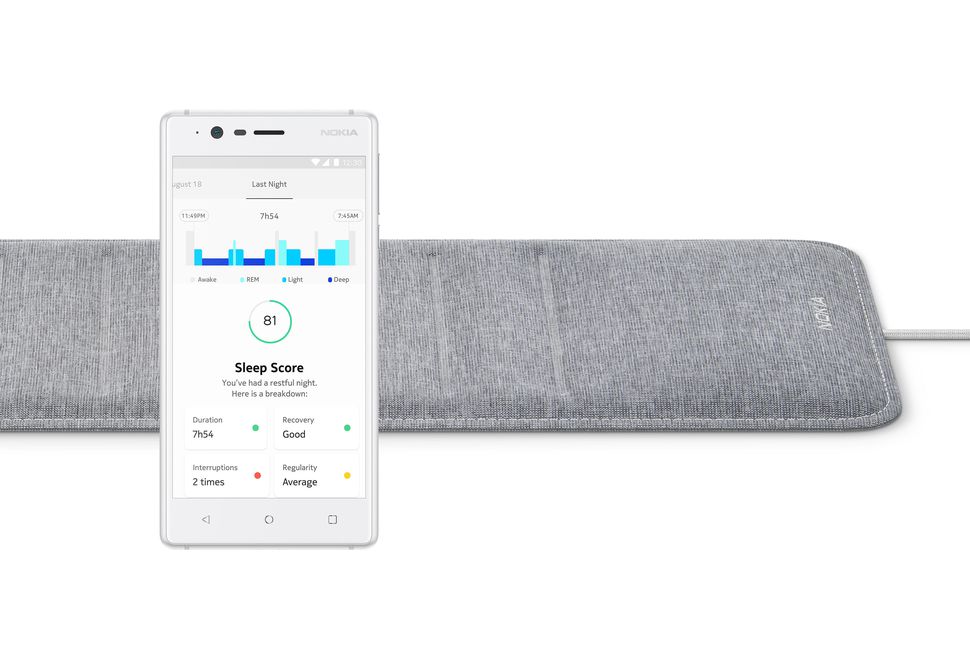