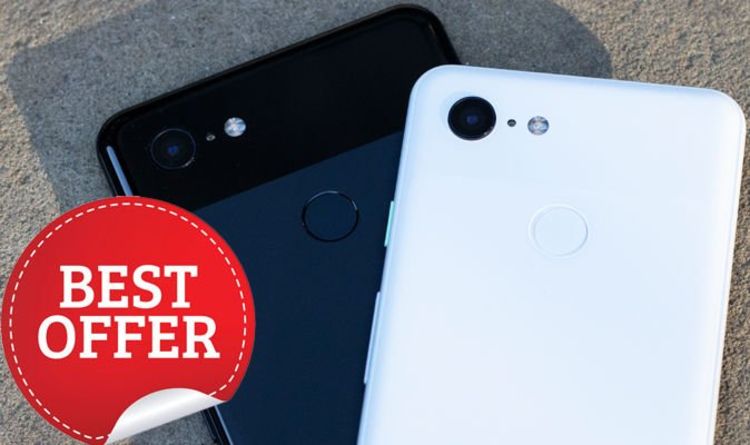 Pixel 3 and Pixel 3 XL released back in November and were certainly more of an incremental upgrade over the Pixel 2 and Pixel 2 XL than a radical overhaul.

That is because the hardware did not presented a dramatic leap forward either aesthetically or internally.

However, that did not prevent the Pixel 3 and Pixel 3 XL from being a great Android smartphone.

In fact, Express.co.uk awarded the duo four out of five stars in our review.

Additionally, we also noted the hardware has arguably the best main camera sensor on any smartphone.

Google is currently making its newest handsets more appealing than ever to Android fans thanks to a hefty £100 discount, meaning the Pixel 3 starts at just £639.

Here is a full list of Google Pixel 3 offers:

The deal from Google comes as the Mountain View firm released the January security update for the handsets in addition to older Pixel hardware.

Google has established a monthly cycle of security updates for Pixel phones and other devices that are part of its Android One programme in order to improve user experiences overall.

In its Android Security Bulletin detailing the changes in this month’s upgrade, the American tech giant insisted the most serious issue that has been remedied was a “vulnerability” whereby a “remote attacker” could alter user devices.

Google explained: “The most severe of these issues is a critical security vulnerability in System that could enable a remote attacker using a specially crafted file to execute arbitrary code within the context of a privileged process.

“The severity assessment is based on the effect that exploiting the vulnerability would possibly have on an affected device, assuming the platform and service mitigations are turned off for development purposes or if successfully bypassed.”

In addition to the “critical” system vulnerability was fixed, the Android January patch also addresses 11 other problems Google deems to be “high” in importance.

The Mountain View firm has also promised the upgrade will improve audio quality for recorded videos on the Pixel 3 and Pixel 3 XL.

The update is available for Pixel devices now in addition to the Essential Phone.

It is also expected Android One hardware will also receive the update later this month.

The best toaster ovens of 2020

This 2K webcam is your $32 social distancing antidote

Comic-Con Is Online, and So Is the Artist Alley

Trump campaign texts are being flagged as spam: What you need to know

Man United vs Chelsea tactical preview: Can Lampard finally get the better of Solskjaer?