KOCHI/NEW DELHI (Reuters) – Two women defied a centuries-old ban on entering a Hindu temple in India’s southern state of Kerala in the early hours of Wednesday, the state’s chief minister said, raising fears of a backlash from conservative Hindu groups.

FILE PHOTO: Police stand inside the premises of the Sabarimala temple in Pathanamthitta district in the southern state of Kerala, India, October 17, 2018. REUTERS/Sivaram V/File Photo

The women, reported by Reuters partner ANI to be in their 40s, entered the premises of the Sabarimala hill temple, defying local tradition that bars women of menstruating age – between the ages of 10 and 50.

A video from a local police official posted online by ANI on Wednesday showed two women inside the temple with their heads covered.

The state government defended its decision to protect the women as they went into the temple, saying it was a matter of civil rights.

“I had earlier made it clear that the government will provide protection if any women come forward to enter the temple,” said Pinarayi Vijayan, Kerala’s chief minister, according to local TV.

In Kerala, the main political opposition warned of protests.

“This is treachery…The government will have to pay the price for the violation of the custom,” K. Sudhakaran, vice-president of the Kerala Pradesh Congress Committee, said in a statement. Congress is the main opposition party in the state, which is run by a coalition of left-wing parties.

Vijayan said in a televised news conference that the two women, who had previously tried but failed to enter the temple because their way was blocked by devotees, faced no obstruction on Wednesday.

It was not immediately clear how the women on this occasion managed to avoid devotees guarding the temple.

Last year, violent protests broke out in the state after India’s top court in September ordered the authorities to lift the ban on women or girls of menstruating age from entering the temple, which draws millions of worshippers a year. 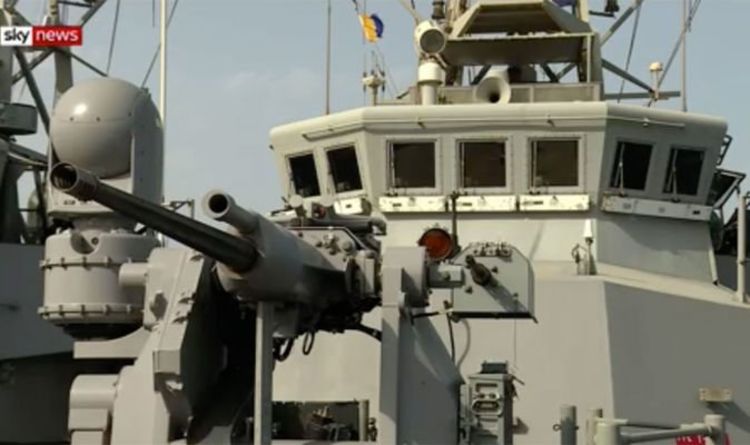 The USS Abraham Lincoln is currently in the Arabian Sea, poisoned within striking distance of Tehran. Officers on board said the vessel […] On his Spotify (SPOT) exclusive podcast, “The Joe Rogan Experience,” Rogan told listeners that if a 21-year-old asked him if they should […]

SUNLAND PARK, N.M. (Reuters) – The leader of an armed militia group that spent the past two months detaining migrants at the […]