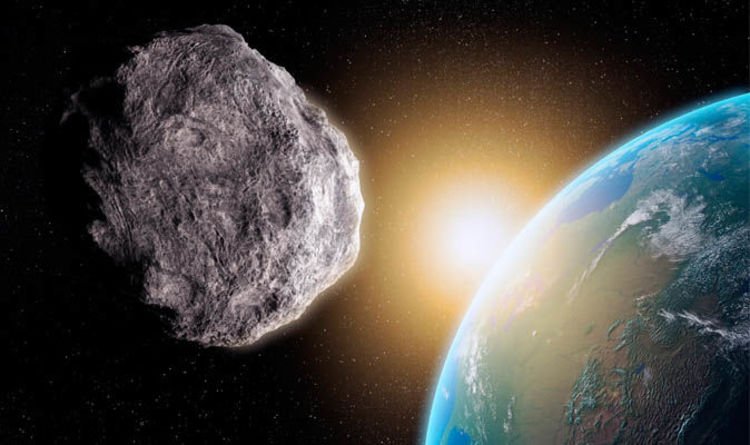 The asteroid, dubbed by NASA Asteroid 2014 AD16, will skim the planet on Friday, January 4. Scientists at NASA’s Jet Propulsion Laboratory (JPL) in Pasadena, California, estimate the asteroid will reach its closest distance to Earth around 1.30am GMT (UTC). On the morning of the asteroid flyby, the space rock will make its first Earth approach in nearly five years. NASA last tracked the asteroid zipping past our home world on the afternoon of May 29, 2014.

And there is one good reason for NASA to keep tabs on Asteroid AD16 – the asteroid’s sheer size.

A similarly sized object slammed into the Earth’s atmosphere over the Russian administrative oblast of Chelyabinsk in 2013.

The “near-Earth asteroid” (NEA) known today as the Chelyabinsk meteor, violently erupted in the air, sending out a powerful shockwave which damaged more than 7,000 buildings in six different cities.

According to NASA, the airburst created in the incident was 20 to 30-times more powerful than an atomic bomb.

The asteroid remained undetected until its point of entry, reminding people of the dangers lurking in space.

A NASA report reads: “Even small NEOs can have significant destructive effects. For example, on February 15, 2013, an asteroid approximately 20 meters in size created an airburst near Chelyabinsk, Russia, with roughly 20 to 30 times more energy than that released by the first atomic bombs.

“It damaged thousands of buildings and injured over a thousand people, mostly due to glass broken by the shock wave.

“According to current estimates, there are almost 10 million NEOs larger than 20 meters, but they are extremely difficult to detect prior to entering Earth’s atmosphere.”

Thankfully the risk of Asteroid AD16 striking the planet this week is incredibly low.

At its closest, the asteroid will come within 0.03297 astronomical units (au) of the planet.

One astronomical unit measures about 93 million miles (149.6 million km) and is the distance between Earth and the Sun.

Asteroid AD616 will close this distance down to just over three million miles (4.9 million km) or 12.83-times the distance between the Earth and the Moon.

The distance in question might seem a lifetime away in human terms but on the cosmic scale of distances, this is a close brush with the rogue asteroid.

After the asteroid barrels past the Earth, it will return on another Earth Close Approach in six months, on June 4, 2019.

Collision of galaxies may have spurred our solar system's formation

How SpaceX Got to Launch NASA's Astronauts to Orbit

Japan ends its state of emergency