As we reflect on a year of extreme weather and ominous climate talks, Guardian environment writer Fiona Harvey explains why 2019 could see some much-needed breakthroughs

Extreme weather hit the headlines throughout 2018, from the heatwave across much of the northern hemisphere, which saw unprecedented wild fires in Sweden, drought in the UK and devastating wildfires in the US, to floods in India and typhoons in south-east Asia.

According to the World Meteorological Organisation, last year was the fourth hottest on record and confirms a trend of rising temperatures that is a clear signal that we are having an effect on the climate. Droughts, floods, fiercer storms and heatwaves, as well as sea level rises, are all expected to increase markedly as a result.

Late in the year there was also the starkest warning yet from scientists of what our future will be if we allow climate change to take hold. The Intergovernmental Panel on Climate Change, the global body of the world’s leading climate scientists, which has been producing regular reports on the state of climate science since 1988, produced its latest comprehensive overview examining what the future will look like if we undergo 1.5C (2.7F) of warming.

That does not sound like a lot – most people would be hard put to notice a temperature difference of 1.5C – but in climate terms, 1.5C above pre-industrial levels is enough to take us into the danger zone. It would see the mass die-off of coral reefs, the extinction of some species, rising sea levels, wet areas of the world becoming wetter and dry areas drier, and the decline of agricultural productivity across swathes of the globe.

That is a future we should obviously try to avoid. But the UN climate conference in Poland that ended the year’s climate-related events in December showed little sign that the urgency of the scientists’ warnings had been heeded. Instead, countries discussed a “rulebook” for putting the 2015 Paris agreement into practice, including such arcane matters as how countries measure and verify their emissions, and how often they should report on them, and rows over carbon credits.

In Poland, there were no firm commitments to ramp up countries’ national targets in line with scientific advice, and this is unlikely to happen before 2020 at the earliest. On current national emissions-cutting targets, we are in for about 3C of warming. Yet the IPCC warned that if we want to avoid 1.5C of warming, we have about 12 years to bring global emissions under control and swiftly move to just half of their current level. That represents a massive shift needed in the global economy, and yet emissions worldwide look to be moving upward again slightly after a decade in which they showed signs of stabilising.

There was also bad news from the US at the talks, which played little part as Donald Trump prepares to withdraw from the Paris agreement, except to hold a side event at the conference celebrating a bright future for coal.

Looked at this way, the omens from 2018 were not good. Fortunately, however, 2019 may indeed be a breakthrough year. Public opinion is mobilising around the world and politicians and businesses are paying attention. There will be a series of high-profile events that will engage the public and governments and may provide a better way forward than was managed last year.

Chief among them is the promise of António Guterres, the UN secretary general, to hold a summit for world leaders that will require them to face up to the dangers of climate change head on. Guterres is uncompromising, warning in Poland that it would be “immoral and suicidal” not to take firm and urgent action commensurate with the scale of the problem.

Leaders will be put on the spot, and will come under very public pressure as coalitions of civil society groups seek to put their case around the summit and in the lead-up to it. The role of women, who are among the most vulnerable to climate change, will be highlighted, and the role of young people, who will have to live with the consequences of their elders’ mistakes in a warming world.

The French president, Emmanuel Macron, is also holding a One World Summit, planned for the summer, at which the focus will be on persuading businesses to take a leading role, investing in projects to reduce greenhouse gas emissions and changing the way they use energy.

There are clear signs of hope on climate change also in the rapidly falling cost of renewable energy technology, which is now competitive with fossil fuels. And the keep it in the ground campaign has succeeded in encouraging many investors to move their money out of fossil fuel stocks.

But most of all the civil society campaigns which have ramped up in 2018 and look set to increase their momentum in the coming year are taking effect. Public opinion around the world is that our leaders, governments and businesses should be doing more on this vital issue. This can be seen in some unexpected ways, such as the rise of veganism and flexitarian eating, as people seek to reduce their impact on the climate from eating meat. Through well-publicised and effective movements and actions, more and more people are refusing silently to acquiesce in ignoring the dangers to the climate. FILE – In this Oct. 9, 2018 file photo exhaust pipes of a car are pictured in Berlin, Germany. The German government […] 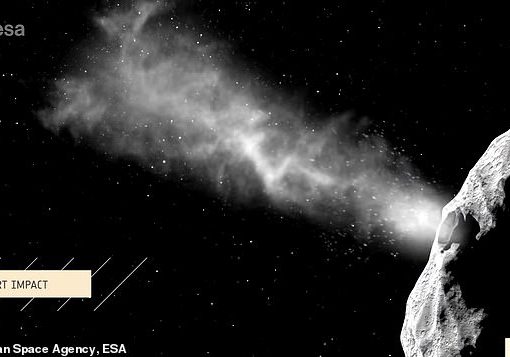 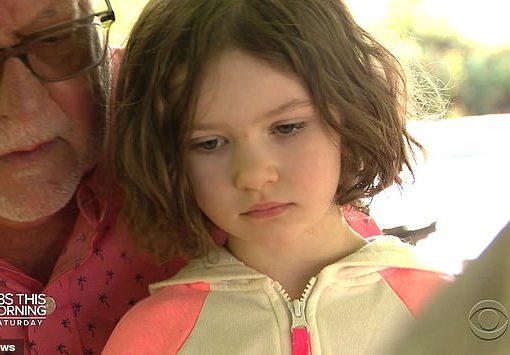 A  four year-old girl in California has discovered two colonies of stingless bees, which were thought to have disappeared in the U.S. […]