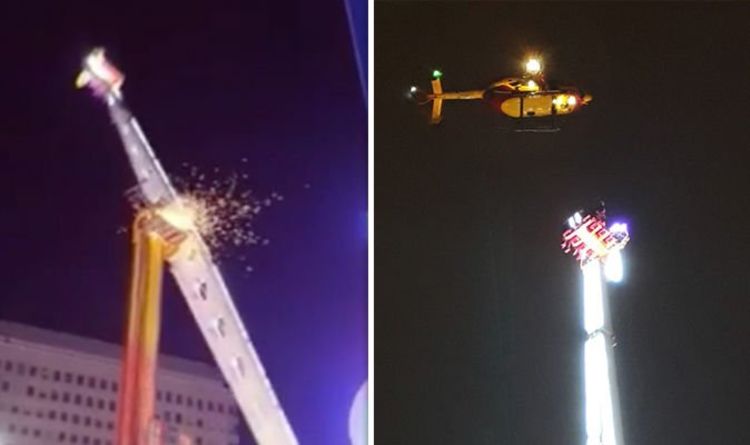 Unsettling footage has emerged of a funfair ride in France throwing sparks, just before it broke down with eight people onboard and left them stuck high in the air for several hours. The sparks can be seen coming from the centre of the machine where the rotator is attached, as the ride continues to operate. A funfair goer shared the footage on Facebook after taking it at around 8:30pm last night, before the ride completely broke down. The ride suffered a technical problem when it broke down in Rennes, Brittany, forcing eight people, one as young as 13, to spend their New Year’s Eve stuck onboard.

People were still stuck at 1am local time, spending several hours high in the air.

The first person was rescue just before midnight, with the last person reaching the ground at 6am local time.

Antoine, 23, said: “I never thought I’d get out. It was very traumatic. It was long, it was cold and it was frightening.”

Nathalie Appere, Rennes Mayor, tweeted at 5:59am local time that the rescue operation was complete.

Alongside pictures of fire crew and a helicopter, she posted in French: “Rescue operation completed for 8 people stranded (for more than 8h on a carnival ride #Rennes.

“Bravo to all teams mobilised on this spectacular intervention.”

A second added: “Before you could get them down it was necessary to secure the entire attraction and the passengers inside.

“This is not done in the blink of an eye, you have to go smoothly. The firefighters could not get there by the ground so they called the helicopter. So Bravo!!”

Others did not seem quite so pleased however, with a third user posting: “It’s not bravo but Hou Hou!

“For the organisation of relief: 9am to rescue 8 people in a late city like Rennes in France of the XXI century, you have to ask questions about decision making.”

The owner of the ride, Alexandre Thiel, said that despite there being no danger to those onboard, “the only problem was getting them down”. 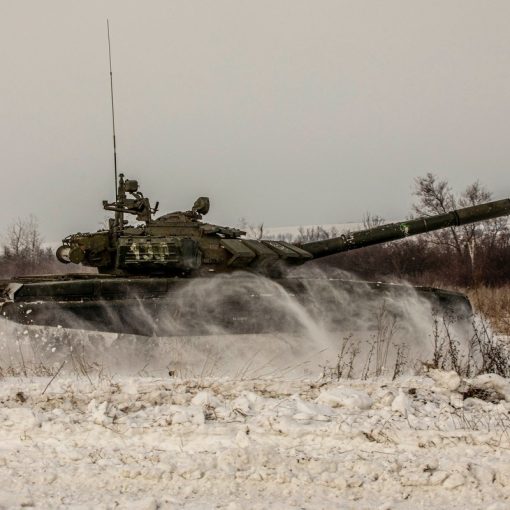 MOSCOW, Feb 15 (Reuters) – Some troops in Russia’s military districts adjacent to Ukraine are returning to their bases after completing drills, […] 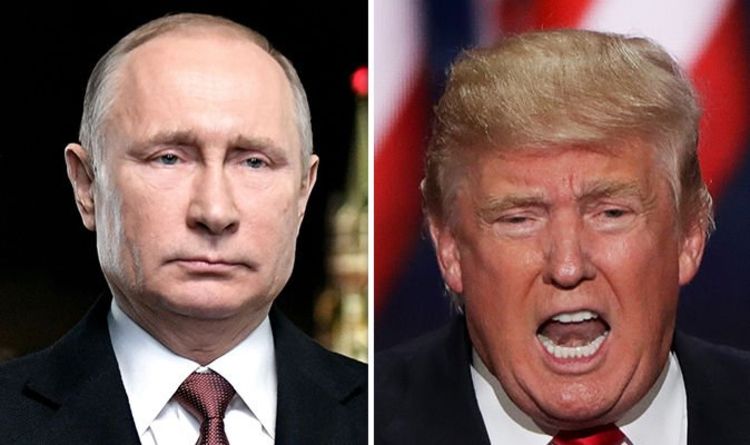 Putin made the incendiary comments during an interview with two Serbian newspapers. He also urged Trump not to withdraw from a major nuclear […] 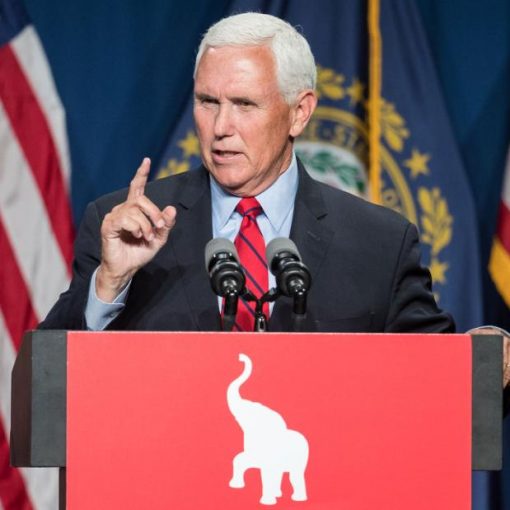 “Brian was very quiet, shy almost, and had an innocence about him that was incredibly endearing. We bonded over our love of […] 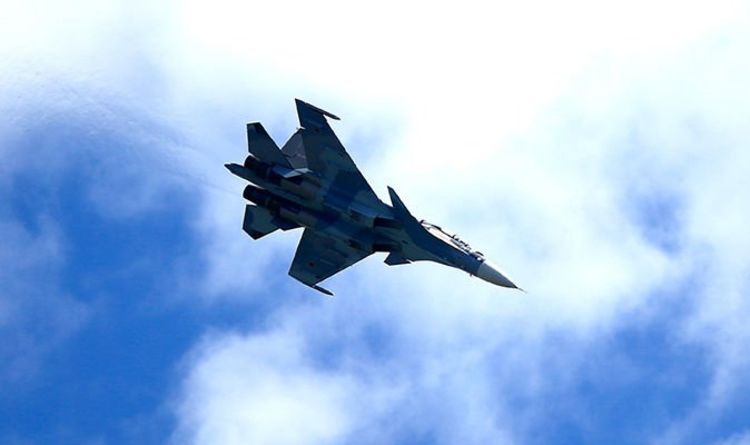 Taiwan rushed to dispatch planes of its own “to ensure the safety of national airspace”, with Taipei urging its people “not to […]