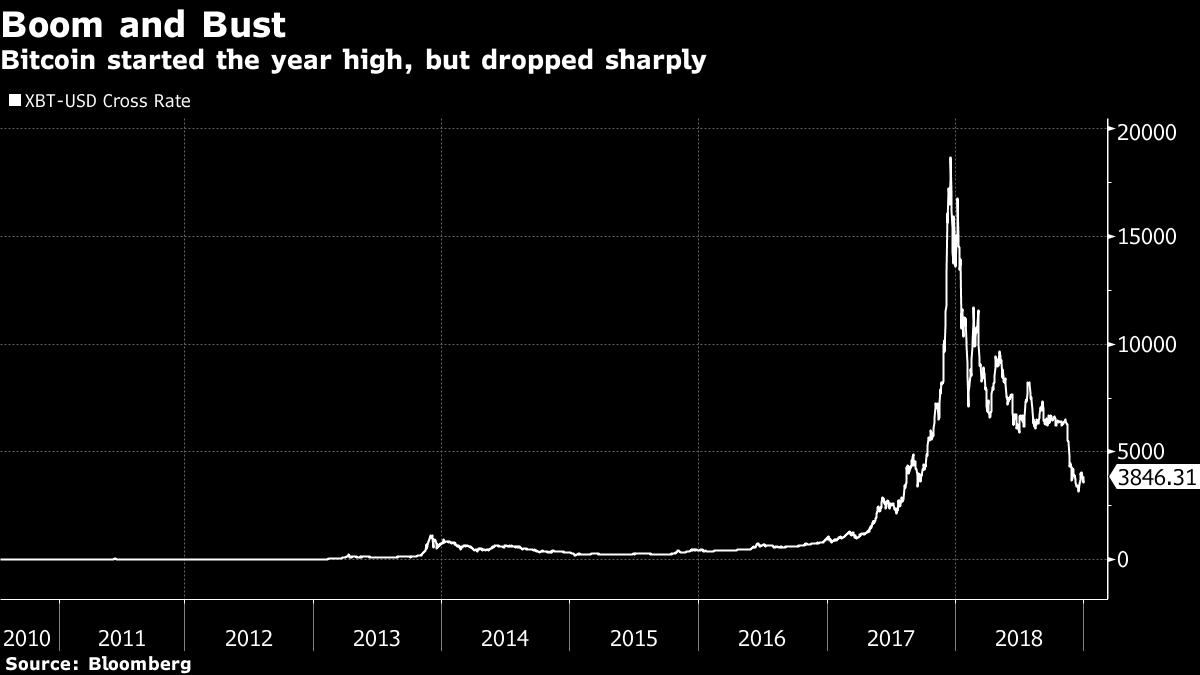 (Bloomberg) — We’re about to say “thank u, next” to a year that gave us oat milk shortages and compostable straws galore. Before we ring in 2019, it’s time to take a look at what some of 2018’s hottest social trends told us about America’s economy.

Adult dorms and jade rollers may prove to be fads, but they also say something about growth, labor markets and demographics. Below, we examine the wonky underbelly of recent cultural phenomena.

Just when everyone thought that scooters, the hippest toy circa 2000, had gone the way of frosted tips and popcorn shirts, they staged a comeback among suit-and-tie clad urbanites. Electric two-wheelers are a thing from Washington to Los Angeles. It’s a sign that as the American population shifts away from small metros and toward cities and their immediate suburbs, it’s prompting people to look for new, inexpensive and efficient means of getting around.

Speaking of urban concentration, Amazon.com Inc. looked far and wide for a second headquarters — drawing bids from Anchorage, Alaska to Scarborough, Maine — before announcing that it will split the location between New York City and the Washington area.

The choice says something about how economic activity is shaking out. Mark Muro and Jacob Whiton at the Brookings Institution found in a December analysis that job-creation in four key big tech industries — software publishing, data processing and hosting, computer systems design, and web-publishing and search — employment is concentrating as it grows. The top 10 metro areas for digital services held 44.3 percent of all jobs in 2017, but captured 49.1 percent of new jobs added in the sector from 2015 to 2017.

One dark side of winner-takes-all metro growth? It’s getting more expensive to live in cities. Rent inflation has been outpacing wage gains, leaving a growing share of urbanites struggling to pay bills.

Against that backdrop, adults have been moving into quasi-dorms and other types of shared housing in places like New York City. Office-sharing company WeWork Cos. has co-living locations in New York and the Washington area, the company Common Living rents shared spaces in San Francisco, Chicago and other big cities, and ALTA LIC, a high-rise in New York’s Long Island City, touts “microsuite layouts.” Fortunately for those who don’t favor communal living, a different sort of relief may lie ahead: home prices and rents are decelerating in many markets.

Regardless of geography, Americans shopped online in 2018 as e-commerce continued its relentless ascent. Instagram came into its own as a place to find or even buy everything from sustainable shoes to vintage clothes.

One of the brightest stars of insta-shopping speaks to a key change in America’s buyer base. Google’s most-searched fashion brand of the year — right ahead of Louis Vuitton and Versace — was Fashion Nova, a social media-famous, budget-friendly clothier that markets itself to a diverse customer base. The brand paired up with rapper Cardi B for a sold-out collaboration this year. Millennials and Gen Z are far more diverse than prior generations, so it makes sense that they’d reshape commerce in their image.

In other fashion news, sneakers have been having a moment, and that continued in 2018. Buyers shell out eye-popping sums for cool kicks released in small batches, only to resell them for even more.

Streetwear isn’t the only place where investors have been searching for yield as the economy speeds toward its longest expansion on record with still-low rates. And while the fate of sneaker speculation remains to be seen, stocks have started coming back to Earth. Equity prices fell late this year after rising steadily following President Donald Trump’s 2016 election.

On the topic of bubbles, the push toward a cashless society continued in 2018 with Bitcoin as headliner. The digital currency rose to lofty heights only to fall precipitously.

Rollercoaster ride notwithstanding, cryptocurrencies are creating a crucial question for central banks including the Federal Reserve: are we looking at the future of money? Officials have given speeches suggesting that aspects of distributed ledger technology — Bitcoin’s backbone — could help improve traditional financial instruments, but won’t supplant the dollar bill anytime soon.

When it comes to cash, consumers have been pouring theirs into goods and services loosely labeled “self-care” — from vitamins to jade facial rollers, plant-based diets to snuggly clothes and blankets. Google searches for the term “self care” headed up sharply this year and last.

That folks are willing to shell out cash for essential oils and chakra stones suggest they have money for discretionary spending. And self-care has made it to the workplace: employers intent on retaining their workers are offering pantries stocked with natural juices and snacks. Also, corporate yoga.

8. Ghosting, Quitting, and Moving On

In fact, this was a good year for labor all around, as open positions exceeded unemployed people for the first time on record. Workers embraced their newfound leverage by bringing an online-dating playbook to the job. They walked out on unwanted gigs and ignored interview callbacks like a bad Tinder match. Some even began “ghosting”: simply failing to turn up to work.

It could be that 2018 is peak labor-power this cycle, but most economists project a tight 2019 job market. So here’s to a prosperous, paycheck-padding New Year.

–With assistance from Reade Pickert, Andrew Mayeda and Steve Matthews.

The myth of the immortal Twinkie is dead, thanks to a new analysis of moldy snack cakes

U.S. climate report moves ahead after complaints about delays

Antibody Treatments, Though Promising, Will Be in Short Supply

After 2 Hurricanes, Lake Charles Fears Its Cries for Help Have Gone Unheard

US spacecraft diving to asteroid for rare rubble grab

Wacky tube men could keep dingoes away from livestock in Australia