NEW YORK (Reuters) – Thousands of merrymakers, many in plastic ponchos, waited in Times Square late on Monday in anticipation of the midnight descent of the New Year’s Eve ball, embracing a century-old New York tradition despite cold, soaking rain.

Christina Aguilera, New Kids on the Block and Sting were among the musical performers on hand to entertain the throngs filling the plaza, formed by the Manhattan intersection of Broadway and Seventh Avenue, to welcome in 2019.

The steady rain, forecast to last for the rest of the evening, appeared to do little to dampen the spirits of the assembled multitudes, many of whom donned colorful, oversized top hats handed out by organizers.

“It was a bucket-list thing,” said Daniela Ramous, a 34-year-old sales manager from McAllen, Texas. “You grow up watching it on TV, you see all the excitement. There’s something magical about New York during this time of year.”

This year, the Times Square Alliance, the business association that organizes the event, is paying a special tribute to press freedom as part of the festivities, after a year in which journalists have come under attack around the world, including in the United States.

A minute before midnight, an invited group of journalists from ABC News, NBC News, the Washington Post, Reuters and other outlets will join Mayor Bill de Blasio in pushing the button to initiate the ball drop.

Visitors began gathering inside penned-off enclosures in the morning, starting an hours-long marathon of standing in one place, with no access to public restrooms.

Belying the idea that New Yorkers themselves eschew the Times Square festivities, Eskie Garcia, a 59-year-old city worker living in Brooklyn, said she has come every year for about a decade.

“You have to come here in person,” she said before applying lipstick and asking a stranger to take her picture on her cellphone. “Especially when you live by yourself. You come, you meet people.”

DANCING IN THE RAIN

Janette Masson, 29, said she preferred this year’s rain to last year’s bone-chilling cold. Masson, who works in retail in Boston, had been in her pen since 9.30 a.m., eating granola bars for lunch and dinner.

“I can deal with it,” said Masson’s 61-year-old mother, Judy Masson, as she stood in the rain with many hours of waiting still to come. “You make the best of a bad thing.”

Umbrellas were banned as part of the tight security plan, reflecting concern over the possibility of random attacks. Plastic ponchos were allowed, with street vendors selling them for $5 on nearby avenues.

The Werline family from San Antonio, Texas, parlayed a connection with a friend who works at the Hard Rock Cafe into a coveted dry spot. Even though they did not have tickets for the private party inside, they had been permitted to stand under the attraction’s deep awning.

“Thank God we know someone,” Tammy Werline, 49, said as rain cascaded off the awning’s edge and people in suits and cocktail dresses buzzed in and out of the restaurant, almost directly below the glowing ball.

“At midnight we’re going to go dance in the rain,” said her husband, Chris Werline.

The tradition of watching a giant ball drop from a pole on top of the narrow building at the head of Times Square in midtown Manhattan began in 1907.

The ball in current use – a glittering, LED-studded sphere made by Waterford Crystal and Philips Lighting – made its debut in 2008. Weighing 11,875 pounds (5,386 kg) and measuring 12 feet (3.7 meters) in diameter, it sits year-round on the roof of One Times Square, the one-time headquarters of the New York Times.

As in past years, the New York Police Department screened people entering the corrals, deployed sharpshooters on rooftops and used radiation detectors throughout the event.

It had planned to use an aerial drone for the first time to monitor the crowds, but canceled the effort on Monday evening given the weather conditions.

The organizers chose to honor press freedom and the contribution of journalists partly because of the deadly hostility that some reporters have faced this year.

Jamal Khashoggi, a Saudi columnist for the Washington Post and a U.S. resident, was killed inside a Saudi Arabian consulate in Turkey. In June, a gunman shot dead five employees of The Capital, a newspaper in Annapolis, Maryland.

This month also marked the first anniversary of the imprisonment in Myanmar of Reuters reporters Wa Lone and Kyaw Soe Oo, who had been working on a Reuters investigation into the killing of 10 Rohingya Muslim men and boys by security forces and Buddhist civilians during an army crackdown.

KABUL, Afghanistan — An American service member was killed in action on Monday in Afghanistan, the U.S. military said in a statement, […] 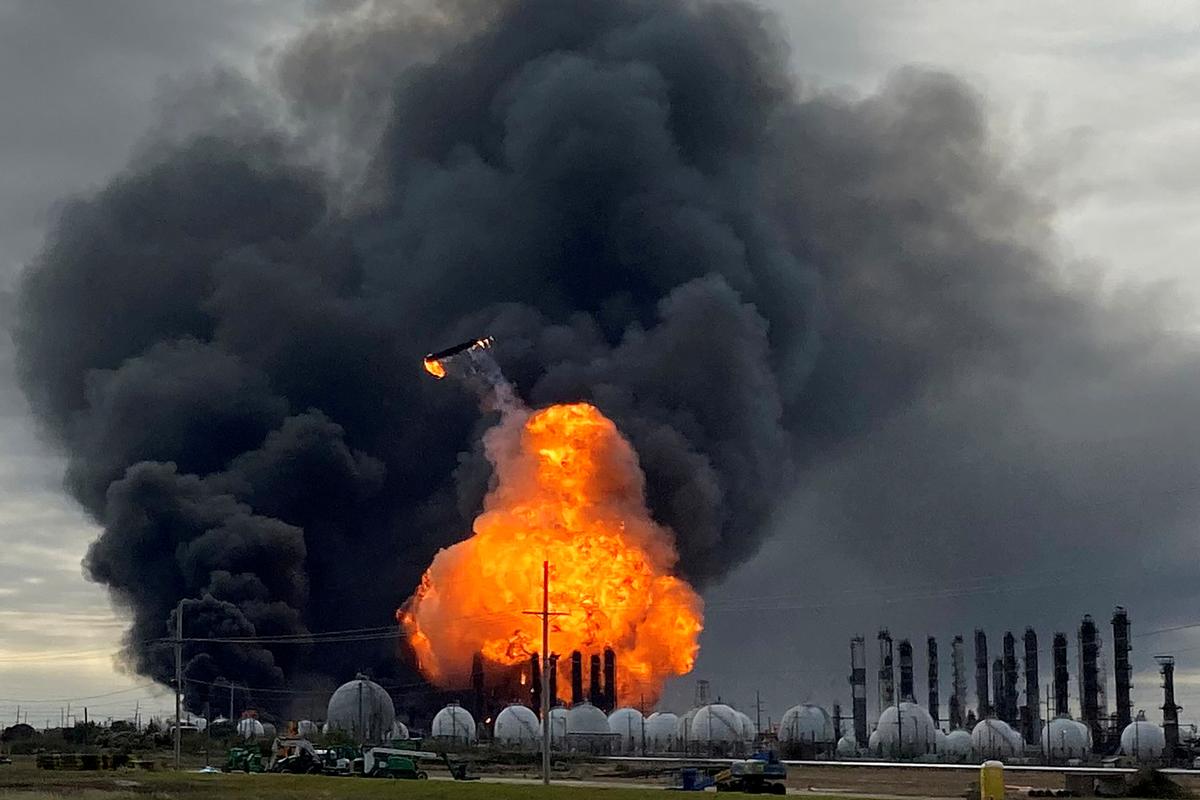 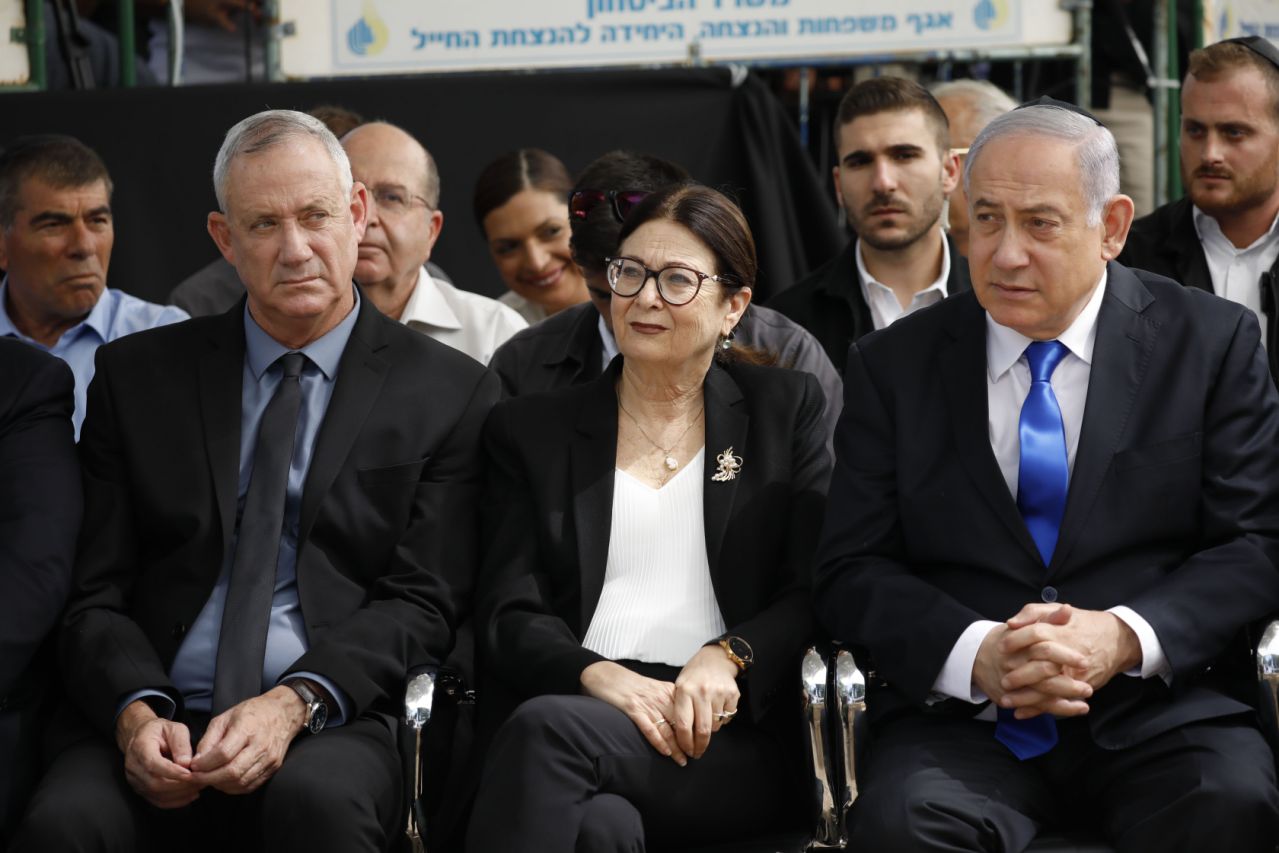 JERUSALEM (AP) — Barring a nearly unfathomable about-face, Israel was headed Wednesday toward an unprecedented third election within a year — prolonging […] 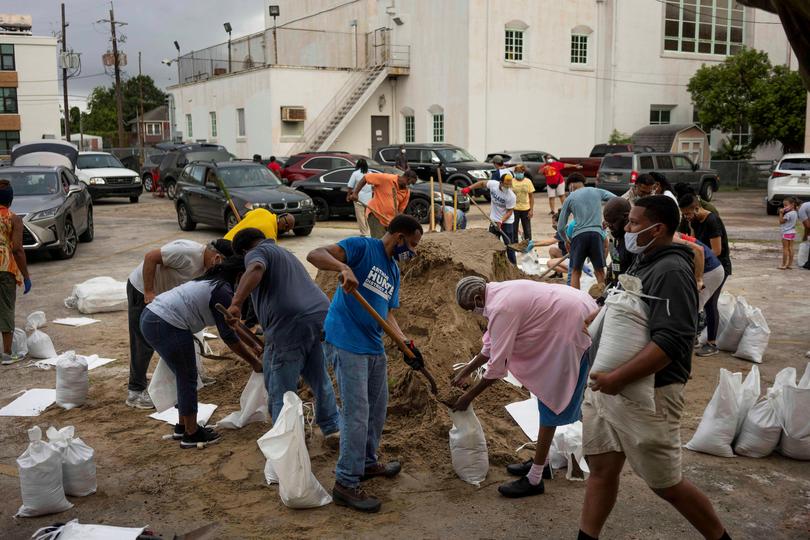 Paul Humphrey, of New Orleans, loads plywood into his truck, to board a friend’s home in preparation for the arrival of Hurricane […]