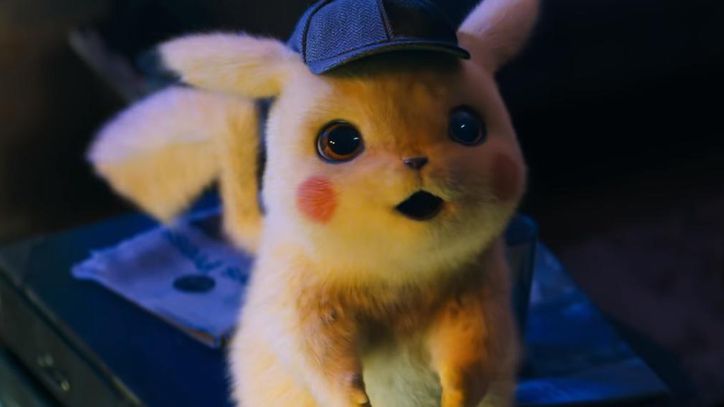 While Warner Bros. Pictures already gave fans their first glimpse at the movie with a trailer in November, Reynolds shared an even closer look at his character on Sunday.

The left side of the image shows Pikachu, while the right side features Reynolds’ face covered in motion capture marker dots. These dots are used to track his facial expressions, which will then be used to make Pikachu’s reactions looks more realistic.

In the upcoming Detective Pikachu movie, Pokemon creatures and humans live together side by side.

The Pokemon movie centers on the search for an ace detective named Harry Goodman who goes missing, prompting his 21-year-old son Tim to find out what happened.

Helping Tim in the investigation is Harry’s former Pokemon partner, Detective Pikachu, described as “a hilariously wise-cracking, adorable super-sleuth who is a puzzlement even to himself.”

Pokemon fans will be able to see the movie when it hits theaters worldwide in May 2019.

Knowing your visual effects lingo: From compositing to previz, understand the latest filmmaking terms with this handy glossary of visual effects jargon.

Moto G Power review: Motorola delivers on its battery life promise and then some

Their Businesses Went Virtual. Then Apple Wanted a Cut.

iPhone 11 and 11 Pro water test: These phones might secretly be waterproof