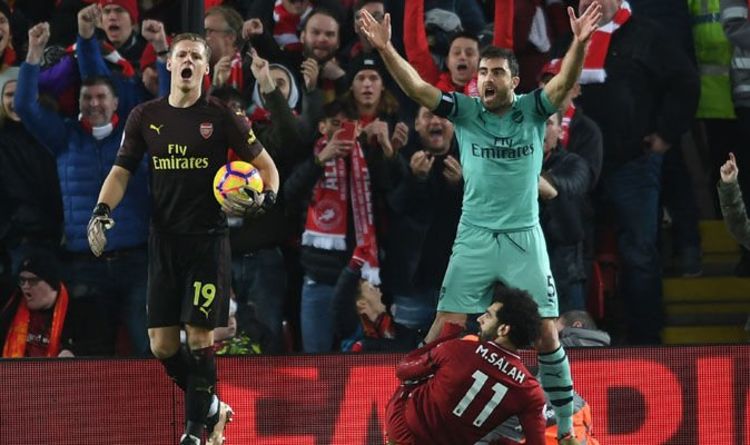 Salah has come in for intense criticism in the last few days for seemingly going to ground too easily.

The Egyptian winger won penalties in Liverpool’s recent matches against Newcastle and Arsenal, which many – including Toon chief Rafael Benitez – believe were ‘soft’.

Salah was awarded spot kicks after being lightly pulled back by Newcastle’s Paul Dummett on Boxing Day and going to ground after a challenge from Arsenal newboy Sokratis Papastathopoulos.

The notion of Salah being a cheat has irked Klopp, who has insisted he was well within his rights to go to ground in both instances.

“Do we need blood for a proper penalty?” the German asked. “I think no.

“In that moment, if you don’t touch Mo and he makes the next step and shoots – and we know he’s pretty good at that – these are the situations.

“I have no clue about what happened around it but the referee was really close to it.

“We don’t have divers and that was not a dive.

“The other one [for Dejan Lovren] is not a dive. The ref decides it. In the three-and-a-half years, we have had more penalties not given when they were penalties.”

Salah has also been defended by his Reds team-mate Virgil van Dijk, who recently shed some light on the half-time tunnel bust-up during Saturday’s match with the Gunners.

“I saw that he went to Mo and was saying that he dived. He was attacking him a bit, but I wanted to say he didn’t dive,” said Van Dijk.

“Obviously, everyone came around us and it looked like we were fighting or something, but we weren’t.

“I just wanted to talk to him. But that happens in football and we move on.

“I’m protecting my team-mates and that’s normal, that’s how everyone should react and that’s what we all need to do, to back each other. That’s what I definitely do.”

Liverpool return to action on Thursday night when they travel to the Etihad Stadium to take on Manchester City.

Victory over City will see Reds move 12 points clear of Pep Guardiola’s side at the top of the table and take a huge step towards claiming their first Premier League title.

Aubameyang completes turnaround to give Arsenal victory at Rapid Vienna

Standard Leige 0-2 Rangers: Kemar Roofe scores stunner from inside his own half to secure victory