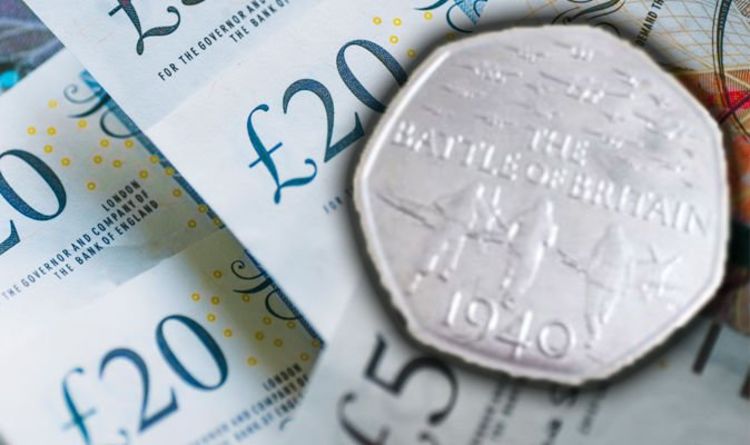 Buying coins online is not uncommon, with many coin collectors choosing eBay as a place to sell part of their collection. That seems to be the case for the seller “carolinec21”, who has listed a 50 pence piece on the website with a whopping price tag. The 2015 Battle of Britain coin is currently up for grabs for a Buy it now price of £350. And, it doesn’t take a mathematician to work out that that’s 700 times the value it has detailed on the coin itself.

So, why is this coin up for sale for so much money?

According to the seller, this 50p is “very rare and highly collectable” – which may be why they are only willing to part ways with it in return for hundreds of pounds.

“Get this beautiful piece of history just in time for the next Anniversary!”(sic)

The website has said that 353 people are currently watching the item, however it’s worth noting that this listing is a sponsored post – which could have increased the amount of interest amongst potential buyers.

So, what do we know about this particular type of coin, and is it really worth the price tag it currently has?

The coin itself was created to mark the 75th Anniversary of the Battle of Britain, in 2015.

It depicts three airmen running towards their planes, while other aircraft flies overhead.

The reverse was designed by Gary Breeze, and also features the all-important date, 1940.

Taking the mintage into account, Change Checker have shed some light on how scarce the coin actually is.

Having compared the coin and its mintage with other designs, the website have ranked this 50p as common, with a scarcity of one on its scarcity index.

When buying a so-called rare coin online, it is worth seeking expert advice before placing a bid.

In the publication Spend It? Save It? What should you do?, the experts from Coin News Magazine issued a warning.

Explaining that websites frequently saw listings with huge price tags, they went on to tell readers not to assume that it was therefore worth that amount.

What’s more, these surprising listings means that when similar coins are put up for sale for smaller amounts – but still more than they’re worth – bidders can be tempted to buy them, resulting in them still paying over the odds.

READ MORE: ‘Rare’ £2 coin listed for HUNDREDS on auction site – do you have one in your change?

When a new monarch ascends to the throne and their profile is put on to currency, the side they face is swapped.

This means Charles will face left on British currency when he becomes King, as currently the Queen faces right.

The £50 not is the highest-value banknote in general circulation, but there are a small number of “giant” and “titan” notes – £1million and £100million notes respectively.

These are not designed for general use, but were instead created to back the value of everyday notes issued by commercial banks in Scotland Northern Ireland.

According to the BBC: “For every pound an authorised Scottish or Northern Irish bank wants to print in the form of its own notes, it has to deposit the equivalent amount in sterling with the Bank of England.”

Royal Mint create and execute the designs for British coins.

Designs are based on current events, such as the 2012 Olympic Games, honouring history, such as both world wars, or literary/arts inspired, such as Beatrix Potter.

Some of the most enduring cockney slang relates to money.

How to Create Your Own Herbal Tea Garden

Notice this happen to one side of your face when smiling? You could be having a stroke

Seasons Change. Classic Drinks Do, Too.

Why Doesn’t My Mom Realize What Her Vote Means for Me?

How to get rid of mice: Mrs Hinch fan shares top tip to prevent mice in the home

Grateful for a Wedding in Prison