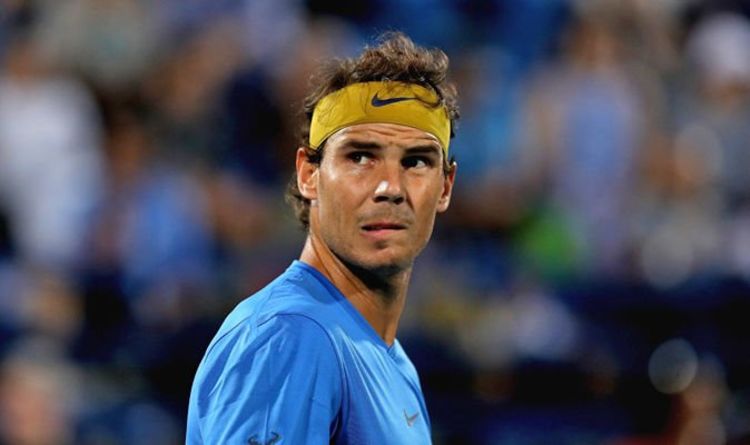 The Spaniard was defeated in three sets by Kevin Anderson, as the South African reached the final of the tournament.

Anderson would go on to be beaten by Novak Djokovic, but gave a good account of himself in the win over Nadal.

And speaking after the semi-final, Anderson revealed that he noticed a difference in Nadal’s serve.

Nadal was returning to the court after suffering an injury in October.

He was forced to withdraw from the US Open after suffering pain in his knee, which required surgery.

And it seems that in his time off, he has changed his serving style, possibly as a result of the knee and subsequent ankle injuries.

Anderson noted that he was not expecting the star to serve in the way he did.

“It was tough but it was great to see Rafa back on the court,” he said, per Tennis World USA.

“It was a tough match against him as he is true champion of the sport. It was nice to get out here and get a win and put myself in the finals tomorrow

“The take back looks a little bit different.

“I’ve seen him playing a lot throughout the years and he’s sort of changed that motion a few times.

“Even his groundies look different now than they did 13 or 14 years ago when he first came out.

“He’s had a bit of time off, away, so sometimes you make a few adjustments.”

Nadal admitted that he needed to take it game by game on his comeback, and suggested he would not be pressured into pushing his body too much.

“I’m happy to be back on court here,” he said after the loss.

“I have great memories out here and of years playing great matches. Honestly this is a perfect way to start the season.

“Feels great to back on court and I need to take step by step after the surgery and that takes a bit of time.”

Chris Hughton: 'It’s a good feeling to be the manager of a big club' | Ben Fisher

How LeBron James stacks up against basketball's greats

England in talks about first Pakistan tour since 2005

US Open champion Dominic Thiem on his epic comeback

What to Read This Weekend