Madison Bowey and Tyler Lewington each scored their first NHL goals and the visiting Washington Capitals defeated the Ottawa Senators 3-2 on Saturday night for their fourth straight win.

Tom Wilson had a goal and an assist for Washington, which is 9-1 in its past 10 games and 16-3 since mid-November. Pheonix Copley made 31 saves. Lewington added an assist.

Mark Stone pulled Ottawa within 3-2 with 3:30 left in the game when he scored from the right circle off a pass from Brady Tkachuk for his 18th goal.

Colin White had a goal and an assist for Ottawa, which has lost four straight and dropped a home game to Washington for the second time in eight days. Tkachuk had two assists and Marcus Hogberg made 21 saves in his NHL debut.

Adam Erne scored the tying goal almost midway through the third period and collected the game-winner with 62 seconds remaining as host Tampa Bay earned a wild win over Montreal.

The Lightning trailed 2-0, 3-2 and 5-4 before extending their winning streak to five games and point streak to 14 games (13-0-1). Tampa Bay has six winning streaks of at least three games this season.

Erne tied the score by backhanding home a rebound of a shot by Anton Stralman with 10:24 left in the third. He then gave the Lightning just their second lead of the game by firing a shot from the right faceoff circle past goalie Antti Niemi.

The natural hat trick gave Barzal five goals over the past two games. He scored twice Friday night in a 6-3 win over the Ottawa Senators.

Jonathan Huberdeau had the game-tying assist with 6:44 remaining and the go-ahead goal with 66 seconds left as host Florida rallied to defeat Philadelphia in Sunrise, Fla.

With the Panthers trailing 1-0, Mike Hoffman scored the tying goal on a brilliant pass from Huberdeau, who showed great vision to find his open teammate.

Huberdeau then added the winning goal on Aleksander Barkov’s second assist of the night. It was the 18th goal of the season for Hoffman and No. 10 for Huberdeau.

Minnesota snapped a five-game winless streak with a road win over Winnipeg.

While three goals aren’t exactly an offensive breakout, it was a welcome improvement for the Wild, who had scored five total goals over that 0-4-1 stretch.

The Wild received their opening goal from an unlikely source, as defenseman Matt Bartkowski scored 9:28 into the first period. After playing 28 games with the Wild’s American Hockey League affiliate this season, Bartkowski was making his debut in a Minnesota jersey.

Malcolm Subban made 30 saves in his first win of the season and visiting Vegas defeated Los Angeles.

Subban came in 0-5-0 in five starts this season. Vegas had supported him with six goals in those outings.

Paul Stastny and Alex Tuch each had a goal and an assist and Nate Schmidt had two assists for the Golden Knights.

Jesper Fast scored his second goal of the game with 12:25 remaining, Mika Zibanejad collected a career-best four assists and visiting New York held on for a victory over Nashville.

Fast scored the tiebreaking goal to cap a terrific sequence where all five Rangers on the ice touched the puck. Defenseman Adam McQuaid sent the puck from the defensive zone hard off the end boards and out of goaltender Pekka Rinne’s reach. Brady Skjei retrieved the loose puck and quickly fed Chris Kreider, who whipped the puck to Zibanejad.

Zibanejad emerged from behind the net on the right wing and centered the pass for Fast, who finished the sequence by lifting a one-timer from the high slot past Rinne.

Blake Comeau and Jason Spezza each had a goal and an assist for the Stars. Tyler Pitlick also scored, while Ben Bishop made 33 saves.

Dylan Larkin scored a third-period goal for Detroit to extend his point streak to 13 games. Jonathan Bernier made 37 saves for the Wings, who have lost eight of their last nine games.

Patrick Kane scored his second goal of the game 41 seconds into overtime, and visiting Chicago beat Colorado in Denver.

Kane also had an assist, Alex DeBrincat scored a goal and Dylan Strome had two assists for Chicago. Collin Delia stopped 30 shots to beat Colorado for the second time in December.

Nathan MacKinnon and Mikko Rantanen scored for the Avalanche, who have lost four straight.

Alexander Edler’s goal at 3:06 of overtime gave visiting Vancouver a victory over Calgary.

Edler, a defenseman, put in a shot from a back-door pass from Brock Boeser after moving forward.

The Canucks posted their eighth win in 11 games, while the Flames lost for the fourth time in five outings.

Nick Schmaltz scored 33 seconds into overtime to give visiting Arizona a victory while sending Anaheim to its fifth consecutive defeat.

After never holding the lead in regulation, the Coyotes won for the third time in their last four games after a three-game losing streak. The Coyotes broke free for a two-on-one early in overtime with Clayton Keller feeding Schmaltz for the one-timer past Ducks goalie John Gibson.

Ondrej Kase scored a goal in each of the first two periods but the Ducks lost despite taking a season-high 41 shots on goal. The Ducks managed just one other goal after Adam Henrique scored 12 seconds into the second period.

Sidney Crosby had a goal and three assists and Kris Letang had three assists as visiting Pittsburgh defeated St. Louis to stretch its winning streak to a season-best five games.

Crosby has two goals, 15 points in eight games. Juuso Riikola, Zach Aston-Reese, Jake Guentzel and Evgeni Malkin also scored, and Phil Kessel had three assists for Pittsburgh, which was 4-for-4 on the power play.

Blackwood’s shutout came in just his third career start and in the game immediately after he notched his first NHL win Thursday, when the Devils beat the Boston Bruins 5-2.

Pavel Zacha scored a short-handed goal in the final minute of the second period and Andy Greene added an empty-netter with 32.9 seconds left as the Devils won their second straight. It is New Jersey’s first winning streak since it won two straight from Nov. 13-15.

Joonas Donskoi and Tomas Hertl each had a goal and an assist for the Sharks and Barclay Goodrow and Brent Burns had two assists. Goaltender Martin Jones made 22 saves as San Jose won its second in a row overall, fourth straight on the road and improved to 9-2-2 in its past 13 games.

Karlsson, the two-time Norris Trophy winner as the league’s top defenseman while with Ottawa, returned to the Sharks’ lineup after a two-game suspension for a check to the head of Los Angeles’ Austin Wagner a week earlier. The defenseman extended his assists streak to 10 games, dating to Dec. 5.

Sean Kuraly scored on a rebound of his own shot with 1:16 remaining in overtime to give visiting Boston a victory over Buffalo.

Kuraly broke in from the left side and then fired a wrist shot from the top of the circle that Carter Hutton made a pad save on. However, the rebound bounced in front of the goal where the charging Kuraly tapped it in for the game-winner.

Jake DeBrusk and Noel Acciari also scored goals for Boston, which snapped a two-game losing streak. Tuukka Rask finished with 26 saves for the Bruins, who improved to 9-1-1 in their last 11 games in Buffalo.

Michael Appleton, the Lincoln manager, was proud of his players after they seized the initiative in first leg of their League One […] 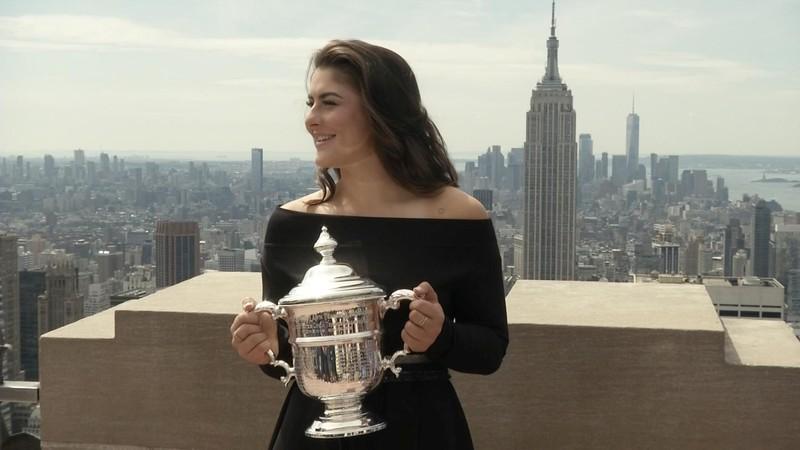 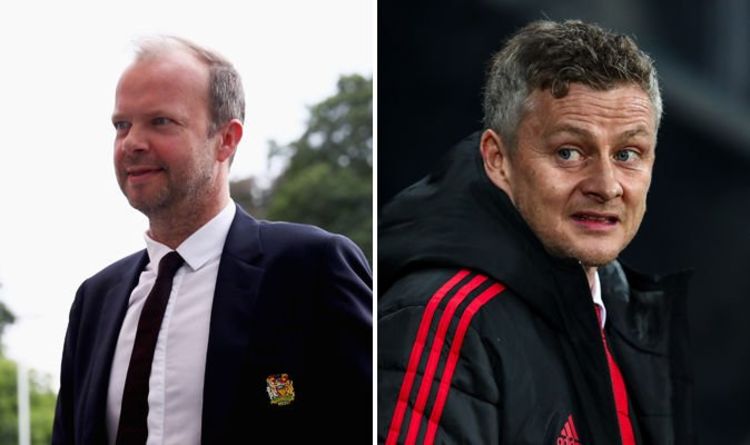 That’s according to Sky Sports reporter Dharmesh Sheth, who thinks that any big deals under Ole Gunnar Solskjaer could suggest either who […]