LAUREL, Md. — NASA’s New Horizons spacecraft is ready to perform the most distant flyby ever of a solar system object, an event largely unaffected by the ongoing government shutdown.

Controllers transmitted a “knowledge update” to New Horizons early Dec. 30, changing the timing of events during the flyby by two seconds to reflect improved knowledge of the position of Ultima Thule relative to the spacecraft. That will likely be the final update prior to the flyby, said Alice Bowman, New Horizons mission operations manager, during a briefing at the Johns Hopkins University Applied Physics Laboratory (APL) here Dec. 30.

Scientists involved with the mission were excited about the science they expect New Horizons to return, but not nervous about the flyby itself. “A lot of my calmness reflects the fact that the mission is operating just as we expect it to. There’s no indication of anything anomalous,” said Jeff Moore, a planetary scientist at NASA’s Ames Research Center who leads the part of the New Horizons science team devoted to geology and geophysics investigations. “The most recent knowledge update puts us in a very good position to get some really beautiful pictures.”

The biggest challenge in the days leading up to the flyby have not been technical but instead bureaucratic. The partial government shutdown that started Dec. 22 when funding lapsed for some government agencies, including NASA, threw a wrench into plans developed months earlier for publicizing the event. NASA’s shutdown plan states that the agency’s website and social media will not be updated during the shutdown, and that NASA Television will also be offline.

However, NASA Administrator Jim Bridenstine said Dec. 27 that NASA TV and social media accounts would continue to operate during the flyby because the contract supporting that work was “forward funded” prior to the shutdown. APL also made plans to broadcast briefings about the flyby on its own social media accounts and website.

Alan Stern, the principal investigator for New Horizons, said Dec. 30 that because of the shutdown NASA officials who previously planned to attend the flyby can’t do so in an official capacity, including appearing at media events or making statements. “Other than that we are essentially unaffected,” he said, adding that those officials are welcome to attend the flyby events as private citizens.

A few science team members who are NASA civil servants had to get exceptions from the furlough that affects about 95 percent the agency’s workforce “because this is a critical operation,” Stern said.

Among them was Moore, who said he and another Ames scientist, Dale Cruikshank, needed to “deal with the bureaucracy” in order to get excepted from the furlough and permission to travel to APL for the flyby. “We both spent a day filling out paperwork and dealing with the system,” he said.

Moore and other scientists are looking forward to the expected seven gigabytes of data that New Horizons will collect during the flyby, including images, spectra and particle data about Ultima Thule. While a few images and other data will be returned in the days following the flyby, it will take the spacecraft about 20 months to transmit all the data it collected because of its extreme distance from the Earth.

Ultima Thule is considered part of a family of Kuiper Belt objects called “cold classicals.” The “cold” in the name refers not to their temperature but the fact that they have orbits with low inclination and eccentricity, said Hal Weaver, New Horizons project scientist, suggesting they have not been perturbed or modified since the formation of the solar system 4.6 billion years ago.

“It’s probably the most primitive object ever encountered by a spacecraft,” he said of Ultima Thule. “It’s the best possible relic of the solar system’s formation out at those distances.”

“The Kuiper Belt is just a scientific wonderland. It is the location where we have the best-preserved samples from the formation era of our solar system,” Stern said. “From a scientific standpoint there’s nothing like this.”

Scientists are also excited about the flyby because so little is known about Ultima Thule, discovered only in 2014 as they looked for potential targets for an extended mission for New Horizons after its July 2015 flyby of Pluto. The object, no more than 30 kilometers across, has only been seen by the Hubble Space Telescope and New Horizons itself.

“We don’t know a thing about MU69,” said Stern. “We’ve never, in the history of spaceflight, gone to a target that we knew less about.”

Among those uncertainties is the rotational period of the object. Scientists had hoped to determine how fast Ultima Thule spins around its axis by looking for a pattern in brightness variations of the object over time, known as a lightcurve. However, observations of the object so far have revealed a flat lightcurve, making it difficult to discern a rotation period.

Weaver said there’s “some hint” in the lightcurve data they have that the spacecraft rotates quickly, on the order of several hours. “The little bit that we’ve been able to tease out suggests that it may be rotating pretty quickly, but we’ve been up and down on the team as to whether or not we believe that,” he said.

Weaver said the most likely explanation of the lack of a lightcurve is that New Horizons is looking directly down the rotation axis of Ultima Thule, so that it looks at the same part of the object all the time.

However, there are alternative explanations. Marc Buie, who led the team that observed stellar occultations in July 2017 and August 2018 when Ultima Thule passed in front of a star, said an unusual shape of the object could explain the flat lightcurve. While those occultations indicated that the object may have two lobes, an object with three lobes could also produce a flat lightcurve.

Given enough time to develop models, Buie said he could likely come up with a shape for Ultima Thule that explains the lightcurve. But the spacecraft will soon provide its own answers, he added. “Why not just wait until we get pictures?” 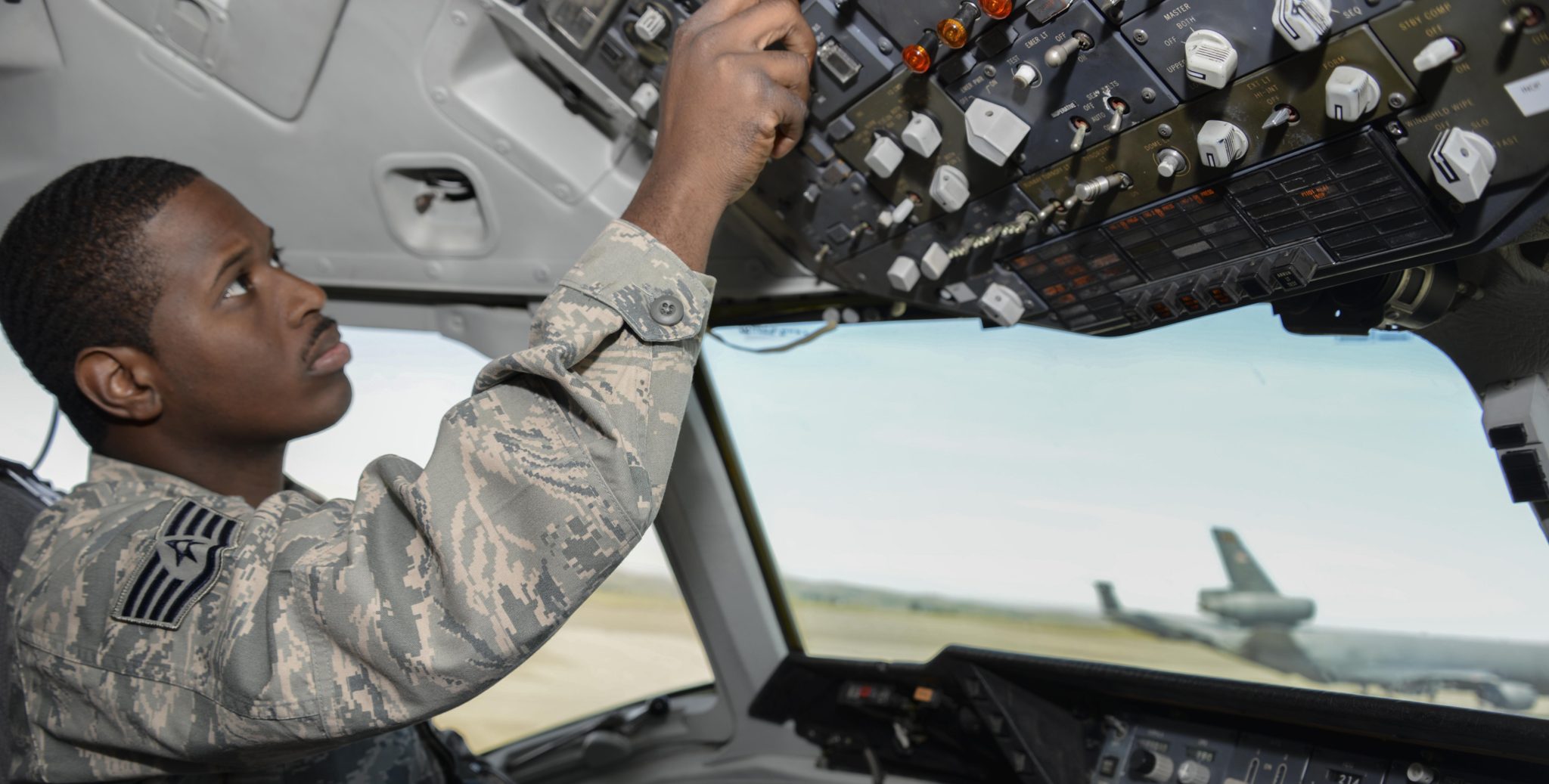 Ken Gabriel, CEO of Draper Labs: “There will not be a single substitute. There will be a need for multiple solutions all […] 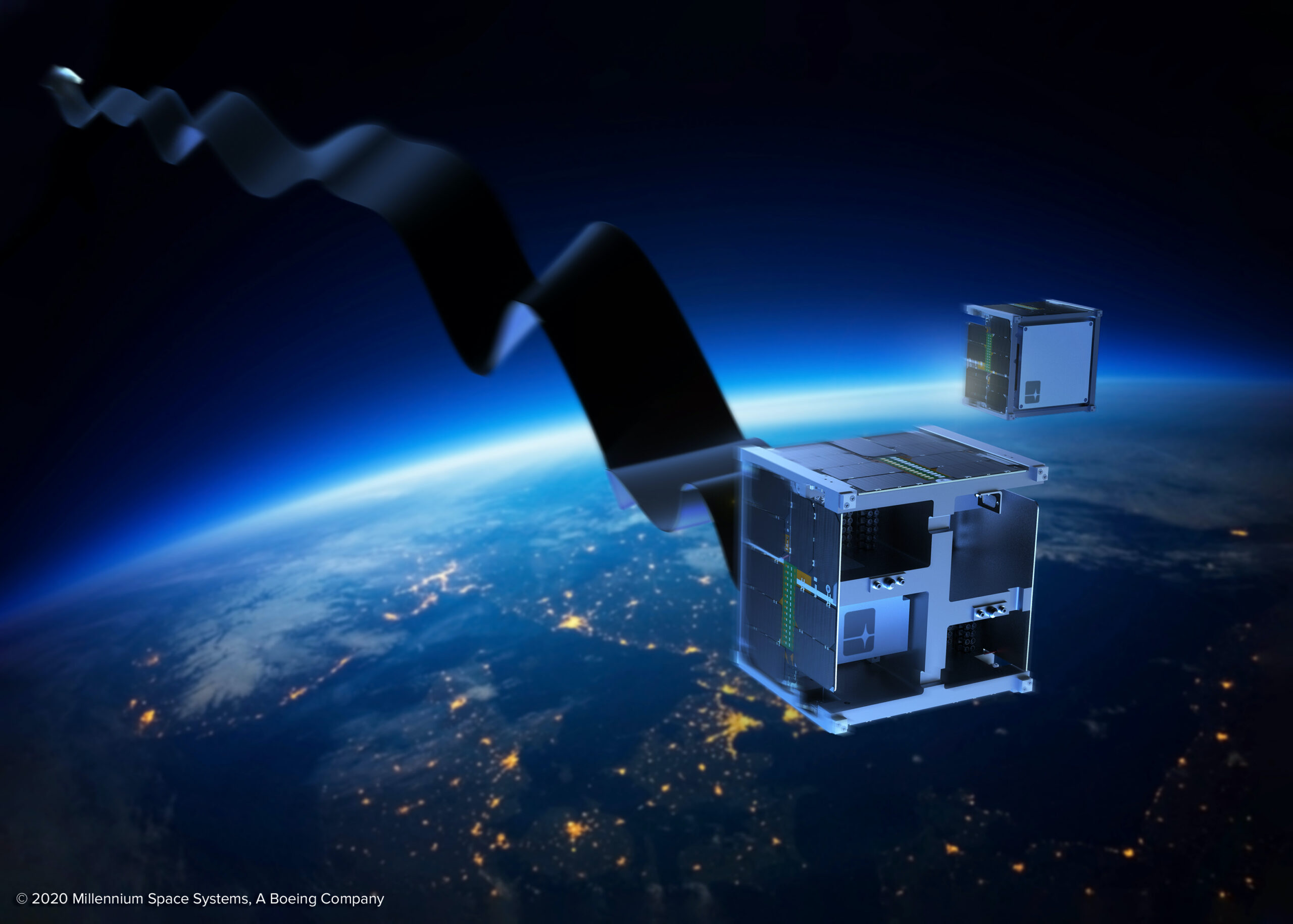 Tom Russell, interim CEO of Millennium Space Systems, said the technology is a possible solution to the growing problem of orbital debris […] 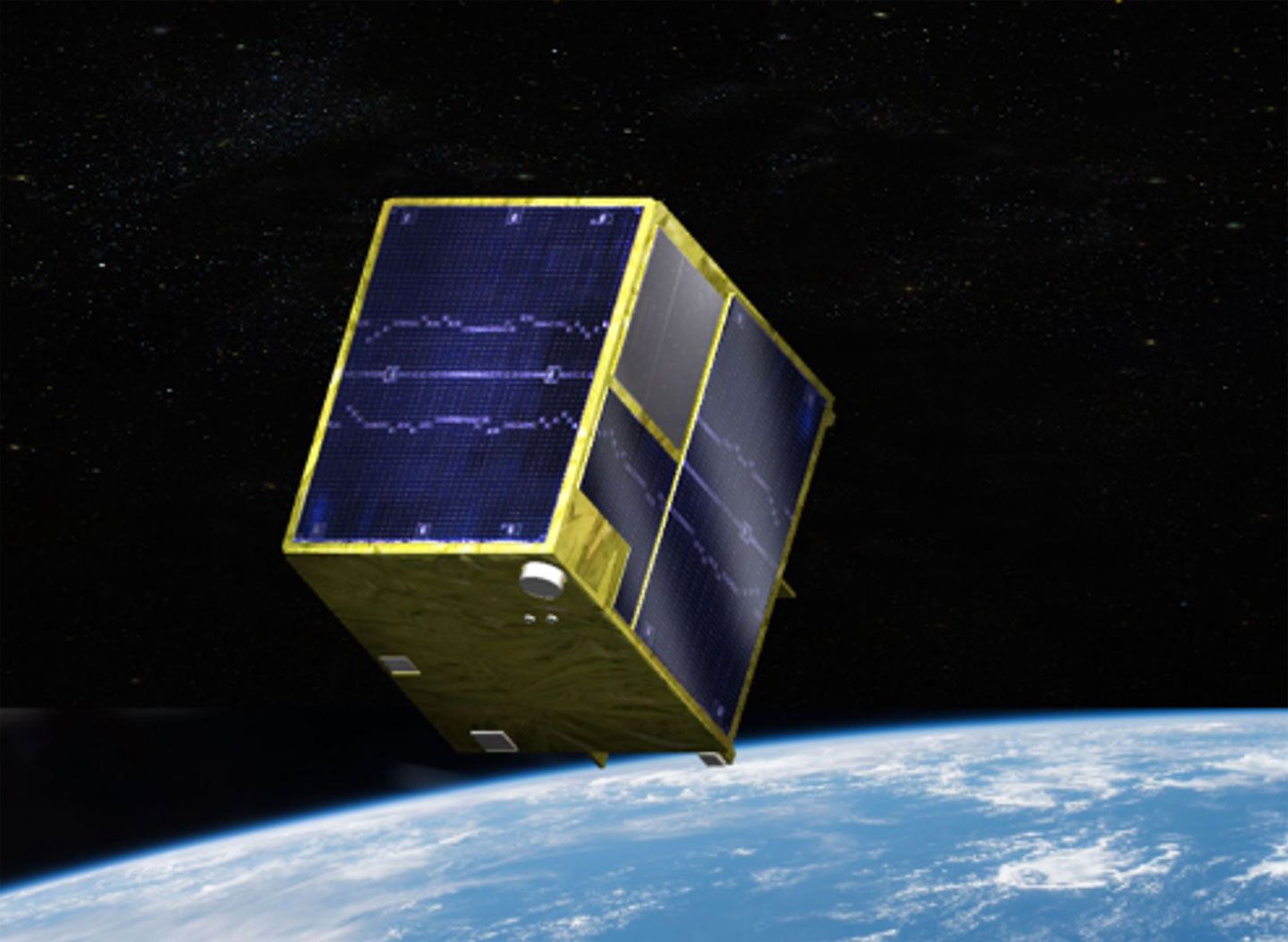 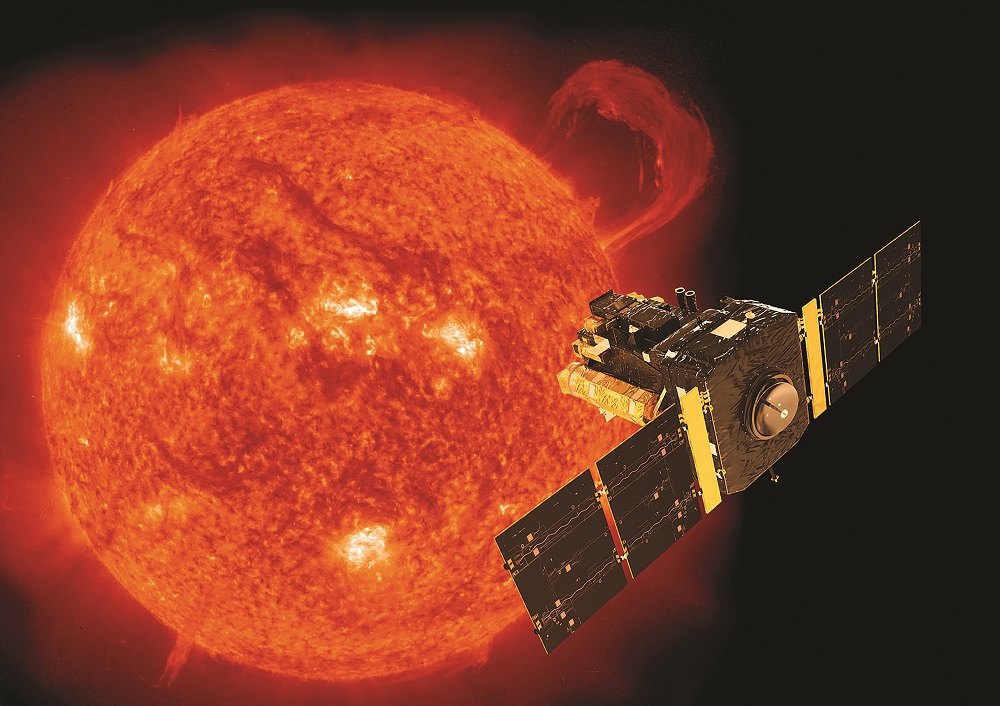 With key space weather satellites expected to fail before U.S. and European agencies launch replacements, “small satellites may be the only way […]