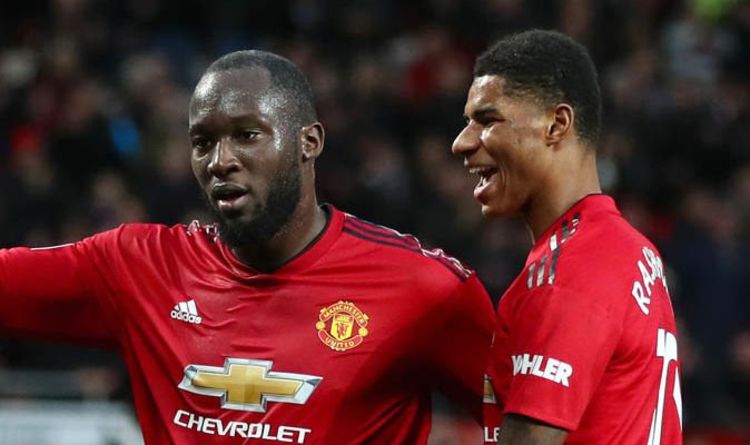 While the trio have all scored goals since becoming a part of the Red Devils side, the feeling remains that none have reached their full potential.

Lukaku, Martial and Rashford all endured their own separate struggles under Jose Mourinho and having overseen an immediate improvement in form from Paul Pogba, Solskjaer is tasked with raising the spirits of their forwards too.

Rashford has actually been United’s best performer for the last six weeks but has come under criticism for his wasteful finishing this season.

Martial, meanwhile, has scored nine goals to become United’s top scorer but was not always a guaranteed starter under Mourinho and had agitated for an Old Trafford exit in the summer.

Solskjaer was famous for his prolific finishing for United, scoring 126 times across all competitions despite often coming from the bench in matches.

And the Norwegian interim boss – who has won both of his games going into a clash with Bournemouth today (4.30pm) – plans to use the wisdom he benefitted from throughout his career to help United’s attackers get back to their best.

Solskjaer told reporters: “I worked on my mentality because that’s key. You will always miss chances but you can’t do anything about them once they’ve gone.

“It’s always about the next chance. You have got to be one step ahead as a striker, to create that space you need.

“Apart from the ball, when you’re a striker it is space that’s your best friend. You need space.

“My strength was putting the ball in the net and I am sure I can give these boys a little bit of detail into scoring goals.

“But in terms of talent and physical attributes, the strikers here have got loads more than I had.

“I’ve got a diary from when I worked with [sports psychologist] Bill Beswick.

“He made me aware of how important it is to work on your confidence and the diary is about what I was thinking and how I reacted to different situations in games.

“It starts with me writing, ‘I’ve had enough of bad performances and bad confidence’ – and that was when I was a 27-year-old.

“All the strikers here – apart from Alexis [Sanchez] – are a lot younger than 27, so we can work on the mental side.

“I want to get into all their heads. I want to learn what they are thinking.

“The only thing they can control is what’s going on in their heads and how to approach different situations mentally.”

Arsène Wenger: 'A sense of anger, humiliation, hate … every defeat is still a scar on my heart' | Donald McRae

What do I do if I've been exposed to someone with covid?

Please do not look at these horrifying Crusader Kings 3 characters