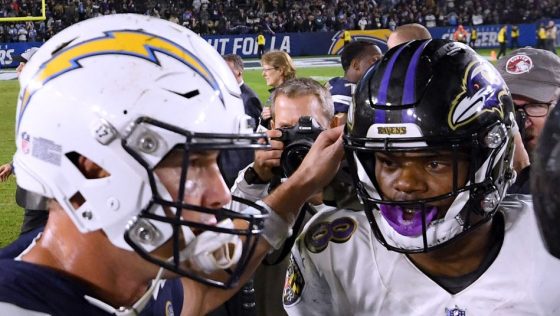 By Sunday night, we’ll know the six seeds in both conferences. Until then, here’s what needs to happen for all playoff teams and contenders to maximize their standing or, as to six of the 15 teams listed below, secure a seat at the table.

Patriots (10-5): They’ve clinched the AFC East for the 10th straight time. A win against the Jets would give New England a ninth straight first-round bye. A win over the Jets, a Chargers loss to the Broncos and a Chiefs loss to the Raiders would give the Patriots the No. 1 seed.

Texans (10-5): Already in the playoffs, the Texans now need a win over the Jaguars to clinch the AFC South; a loss on Sunday instantly drops Houston to the No. 6 seed, unless the Colts and Titans tie. A win over the Jaguars and a loss by the Patriots to the Jets would secure Houston’s first ever first-round bye. If the Chiefs and the Patriots lose and the Texans win, the Texans would be the No. 1 seed if enough other games go their way to take the strength of victory tiebreaker over the Chiefs.

Ravens (9-6): The Ravens win the AFC North with a victory over the Browns. A loss to the Browns and a Pittsburgh win over the Bengals gives the Steelers the AFC North. The Ravens also can win the division by tying the Browns, if the Steelers also tie the Bengals. And there’s still a chance for a wild-card berth, if the Ravens tie the Browns and the Colts and Titans tie. The Ravens can still earn a first-round bye with a win over the Browns, losses by the Patriots and Texans, and a non-tie in the Colts-Titans game. A first-round bye also goes to Baltimore if the Ravens win, the Patriots lose, the Texans lose, the Colts and Titans tie, and the Ravens beat or tie the Texans in the strength of victory tiebreaker. (Confused? Read it again, and you’ll still be confused.)

Colts (9-6): The Colts clinch a playoff berth with a win over the Titans. A Texans loss coupled with a Colts win gives Indianapolis the AFC South title. A tie delivers a playoff berth if the Steelers lose or tie, or if the Ravens lose.

Rams (12-3): The NFC West champions secure a first-round bye and the No. 2 seed with a win over the 49ers or a Bears loss to the Vikings. If the Rams lose and the Bears win, the Rams will fall to the No. 3 seed. A Rams tie or a Bears tie would give the Rams the No. 2 seed.

Bears (11-4): The NFC North champions can become the No. 2 seed if they beat the Vikings, and if the Rams lose to the 49ers. Otherwise, the Bears will be the No. 3 seed.

Seahawks (9-6): The Seahawks have clinched a playoff berth. A win over Arizona or a tie makes Seattle the No. 5 seed. If the Seahawks lose and the Vikings beat Chicago, the Seahawks would be the No. 6 seed.

Eagles (8-7): The Eagles will be the No. 6 seed only if they beat Washington and if the Vikings lose to the Bears.

Why John Cena Was Ready to Marry Shay Shariatzadeh