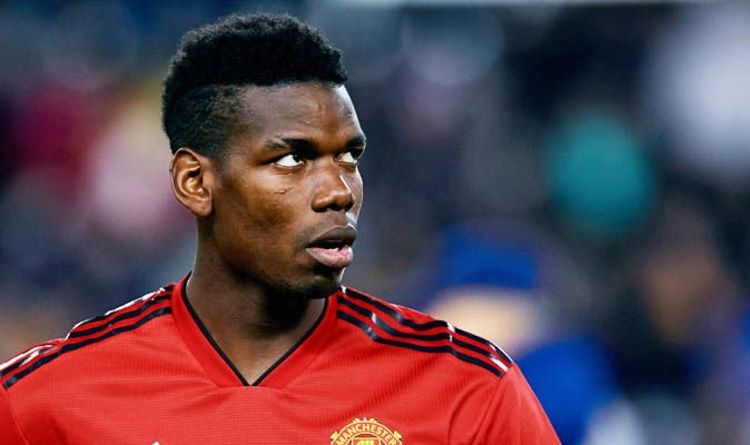 Pogba, 25, has been resurgent under Ole Gunnar Solskjaer and scored twice in the 3-1 victory over Huddersfield Town on Boxing Day.

The French star was set to quit Old Trafford before Solskjaer took charge having fallen out with former manager Jose Mourinho.

Barcelona are also keeping tabs on Pogba but Juventus are interested in doing a deal next summer and believe they can still get their man.

Pogba played 178 times for the Italian giants between 2012 and 2013 after joining on a free from United.

The France international was re-signed by Mourinho in the summer of 2016 and, in their first season together, helped the club win the EFL Cup and Europa League titles.

Solskjaer says the World Cup winner has been a joy to work with despite his struggles earlier in the season.

“He’s one of the best top, top players in the world, attacking wise he’s done really well but he’s a big lad, can win headers, tackles, he’s been the same as the others,” Solskjaer said.

“The attitude has been perfect and that’s key, you should be tired towards the end of every single game he’s been top class and we’re looking to build a team around (him) of course but there are so many quality players.

“Paul has done it, my chats with Anthony (Martial), Rom (Lukaku), Alexis (Sanchez), I’m here to give them on the path and it’s up to them to do it on the pitch.

“I don’t agree that I’ve done that with Paul. It’s up to them when they get a chance that’s the name of the game as a footballer, you’ve got to do it yourself.

“I gave some guidelines of course on expression, freedom of expression but that’s how I’ve always been as a manager.

“You can’t tell what the players to do in this position. They are here for a reason it’s up to them to use their imagination and creativity just enjoy playing for this club.

“That’s the best time of your life, but it’s not a bad time to be manager for a while.”

United face Bournemouth at Old Trafford on Sunday looking for their third win in succession since Solskjaer’s appointment.

The Red Devils are currently eight points off Chelsea in fourth but could move within three points of Arsenal.

If Pogba scores another goal he will match his Premier League tally of six from last season.

Has Paul Pogba been reduced to Man United's impact substitute?