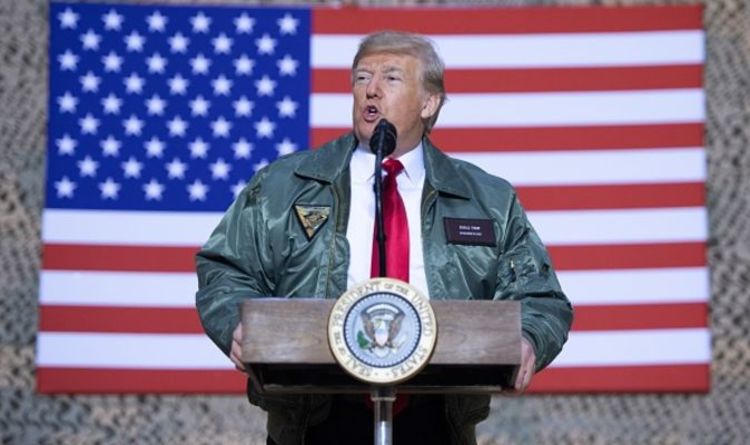 The American took to Twitter to share with his 56 million followers the progress he has made with China’s Xi Jinping, adding talks of a deal is “moving along very well”. Mr Trump said: “Just had a long and very good call with President Xi of China. “Deal is moving along very well. If made, it will be very comprehensive, covering all subjects, areas and points of dispute. Big progress being made!” The tweet came after Mr Trump raised suspicion he was escalating his row over trade with China after stating he was considering signing a “national emergency” executive order that would bar US companies from using telecommunications equipment made by Huawei and ZTE.

Sources revealed in January he spoke of giving consideration to issuing the order.

This order would not openly name Huawei and ZTE but would direct the US Commerce Department to stop the country’s companies from buying equipment made abroad by foreign telecommunications makers posing significant national security risks.

The order came about after the MI6 warned phones and equipment made in China could be used by the Chinese Government to spy or sabotage foreign countries.

China’s Foreign Ministry spokeswoman, Hua Chunying, attacked the US government saying it is acting “without any evidence”.

She said: ”It’s best to let facts speak for themselves when it comes to security problems.

“Some countries have, without any evidence, and making use of national security, tacitly assumed crimes to politicise, and even obstruct and restrict, normal technology exchange activities.

“This in reality is undoubtedly shutting oneself off, rather than being the door to openness, progress and fairness.”

The text on the order is yet to be finalised however.

Donald Trump plans to hold a rally on SATURDAY in Florida

Trump's physician expects him to return to public events on Saturday

'Selena: The Series' will debut in December