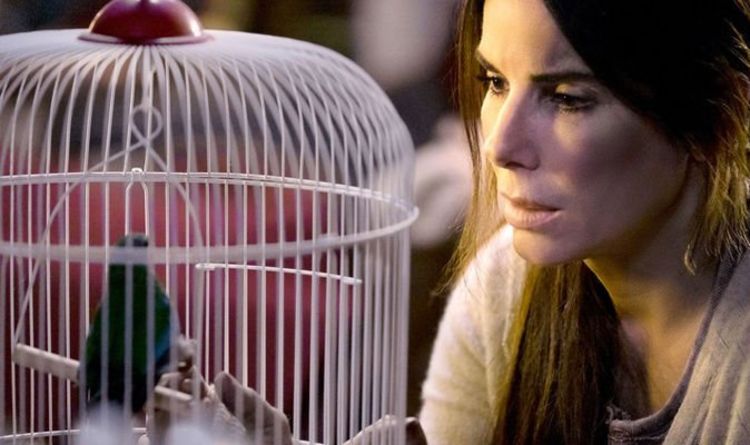 Bird Box, based on the 2014 novel of the same name, and has drawn comparisons to John Krasinski’s A Quiet Place for the way in which sensory deprivation heavily factors in delivering a horror experience. The horror is directed by Susanne Bier and features an all-star cast, with some gigantic Hollywood names thrown into the mix – including lead Sandra Bullock. With a two hour and four-minute runtime, Bird Box is now available to stream and download on Netflix.

What record has Bird Box broken?

Bird Box has been out on Netflix for only a week and has already been streamed by a record-breaking number of Netflix subscribers.

The streaming site took to Twitter to confirm an unprecedented 45 million viewers and that number just keeps rising.

The Netflix Twitter account wrote: “Took off my blindfold this morning to discover that 45,037,125 Netflix accounts have already watched Bird Box — best first 7 days ever for a Netflix film!”

The official plot synopsis for Bird Box reads: “When a mysterious force decimates the population, only one thing is certain — if you see it, you die.

BIRD BOX ON NETFLIX: ENDING EXPLAINED – WHAT COMES NEXT IS HORRIFYING

“The survivors must now avoid coming face to face with an entity that takes the form of their worst fears.

“Searching for hope and a new beginning, a woman and her children embark on a dangerous journey through the woods and down a river to find the one place that may offer sanctuary.

“To make it, they’ll have to cover their eyes from the evil that chases them — and complete the trip blindfolded.”

The tale of a single mother living through her nightmare was close to Bullock’s heart, who has also spent time raising her children alone.

She said: “Society still, as open-minded as we’ve become, has these rules that quietly say: ‘This is the way it goes.’

BIRD BOX ON NETFLIX SEQUEL NEWS: IS THE AUTHOR’S NEXT BOOK A SEQUEL?

“It breaks my heart when I see people saying: ‘I can’t have that.’ Why not? Why can’t you have it?”

The horror movie has a 66 percent score on Rotten Tomatoes, indicating mixed but positive reviews.

Bird Box is available to stream and download on Netflix now.

Review: 'Tesla,' with Ethan Hawke, is low on electricity