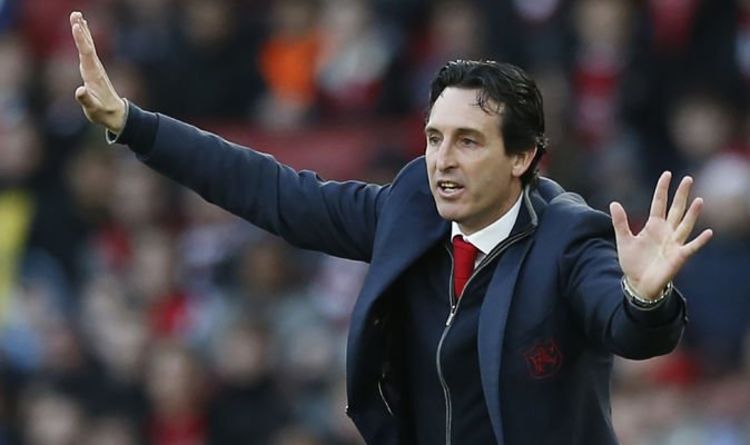 But those inside the club aren’t too confident of getting a good result.

That’s the revelation of BBC Sport’s David Ornstein, who is famous for his Arsenal links.

Arsenal have not won at Liverpool since September 2012 and will face a major test to end that run with Jurgen Klopp’s side sat atop the Premier League table, six points clear of second-placed Tottenham.

The Reds are unbeaten at the half-way point of the season and have only dropped two of an available 27 points at Anfield, where they have not lost any of their last 30 top-flight matches.

Arsenal are one of just three teams to have denied Liverpool victory this season when the two teams met at the Emirates back in November.

Yet Arsenal’s own lengthy undefeated streak was ended by Southampton earlier this month and has been followed by a Carabao Cup quarter-final loss to Tottenham and a disappointing draw with Brighton.

That has seen confidence levels drop somewhat and insider Ornstein insists Arsenal do not head to Merseyside with much belief of coming away with maximum points.

“Those I’ve spoken to inside Arsenal sound fairly pessimistic. Or realistic, you could say, given the divergence in the two clubs’ form at the moment.

“Of course Unai Emery said Liverpool could go the season unbeaten. I don’t think that will go down well particularly well with a lot of Arsenal fans who know them as the Invincibles.

“Whether it was mind games or not, Jurgen Klopp seemed to suggest it wasn’t and said Emery isn’t one for mind games and that it was sincere.

“It will be extremely tough. They’ve not won away at a top-six club in almost four years since Man City.

“That’s a run of 19 games. Talk about underdogs! But when the big clubs meet, some unpredictable things happen.

“But it’s very unlikely Arsenal will get anything more than perhaps a draw.”

Emery thinks facing Liverpool can act as another measuring stick of their progress.

The Spanish coach said: “I remember three years ago Liverpool had a problem in their defensive moments and bought some people – for example [Virgil] van Dijk – with a good investment and the result is we are looking at them today and their progress.

“They are very strong in defence and also they improved a lot when they bought [Mohamed] Salah and now offensively they are a very big team.

“I think the Premier League is now the best and most important competition in the world for the teams, with Spain, maybe Italy and Germany.

“I think here are the best teams and players and now the leader in the table is Liverpool and it is because they are doing things very well.

“For us it is a good example but also a good test, how is the difference between them and us. It is clear, they are unbeaten and with many great performances as a team and individually with some big confidence but we need, and we can take, this test.”

Piero Ferrari: 'His heritage remains … the DNA from my father’s time is still there'