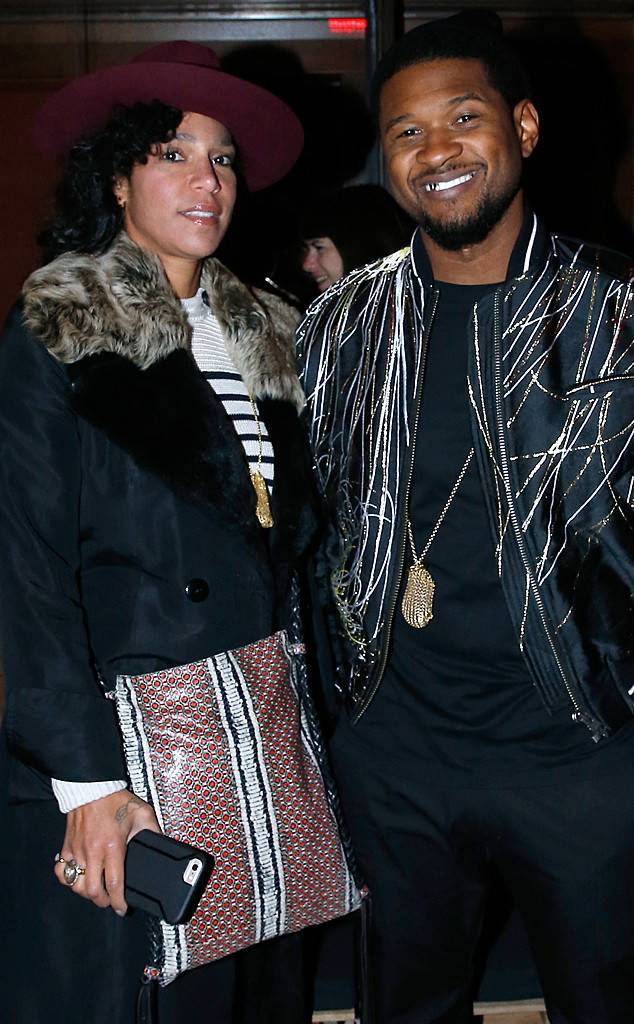 The 40-year-old “Yeah!” singer filed court documents in Georgia on Friday. Back in March, E! News learned that the couple had called it quits after about 10 years together and two years of marriage. “After much thought and consideration we have mutually decided to separate as a couple,” Usher and Grace said in a statement at the time. “We remain deeply connected, loving friends who will continue supporting each other through the next phases of our lives.”

The statement concluded, “The enormous amount of love and respect that we have for each other will only increase as we move forward.”

The duo had always been very private about their relationship from the very beginning. In Jan. 2015, multiple source confirmed to E! News that Usher was engaged to his longtime girlfriend and business partner. In September of the same year, Usher was spotted wearing a wedding band, sparking marriage rumors.

“They are extremely happy and the way it was done was very sweet and romantic,” a source told E! News after confirming that the couple had tied the knot. “He can’t wait to spend the rest of his life with her.”

Months after the couple wed, Usher finally opened up about his wedding to Grace on The Ellen Show.

Usher confirmed the news and told Ellen DeGeneres, “You know what’s funny? We put this picture up and we were actually just in Cuba on a cultural exchange and people were like, ‘Hey, they got married.'”

“You know the ring is on the other finger, you guys,” he joked. “But, we had a great time. Wonderful woman, Grace Raymond.”

Usher was previously married to Tameka Foster. They divorced in 2009.

Ariana Grande imagines life in the White House in 'Positions'

Matthew McConaughey has some lessons on fatherhood

You Can Pet A Dog Until It Fights On Your Side In Ghost Of Tsushima: Legends