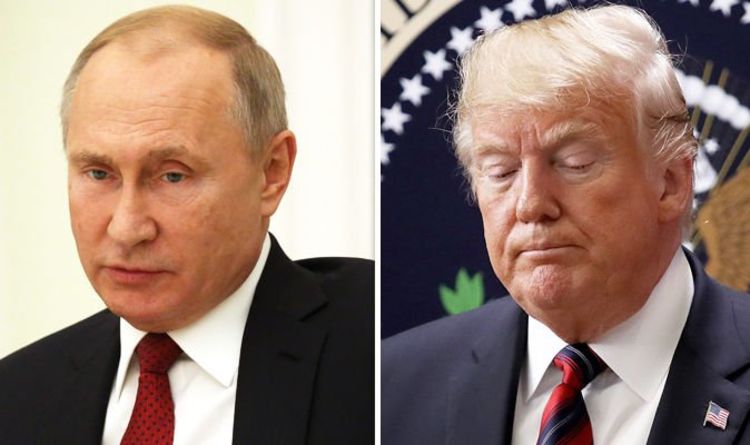 Speaking at the Marker’s digital conference in Israel on Monday, ex-Mossad chief Tamir Pardo held a discussion about disinformation and bots during political campaigns. Regarding Donald Trump’s presidency, Mr Pardo suggested Russia picked the American firebrand as a candidate to achieve Moscow’s goals and used online tactics to ensure his victory. He said: “Officials in Moscow looked at the 2016 US presidential race and asked, ‘Which candidate would we like to have sitting in the White House?

“Who will help us achieve our goals?’

“And they chose him.

“From that moment, they deployed a system of bots for the length of the elections, and ran him for president,”

“What we’ve seen so far with respect to bots and the distortion of information is just the tip of the iceberg.

“It is the greatest threat of recent years, and it threatens the basic values that we share—democracy and the world order created since World War Two,”

The Kremlin leader Vladmir Putin is widely suspected to be behind global cyber attacks, particularly on the US with interference in the 2016 presidential election.

This month, a report released by the US Senate exposed the scale of Russian disinformation efforts.

It also claims Russia had a particular focus on targeting conservatives with posts on immigration, race and gun rights.

“We think the goal was to make the campaigns seem more legitimate.”

US President Donald Trump has repeatedly denied that his campaign colluded with Russian operatives.

Egyptian arrested for smuggling narcotics in box of dates

Pope to UN: Use COVID crisis to come out better, not worse

Brand new cars on sale up to £30,000 cheaper as discounts appear in ‘substantial numbers'