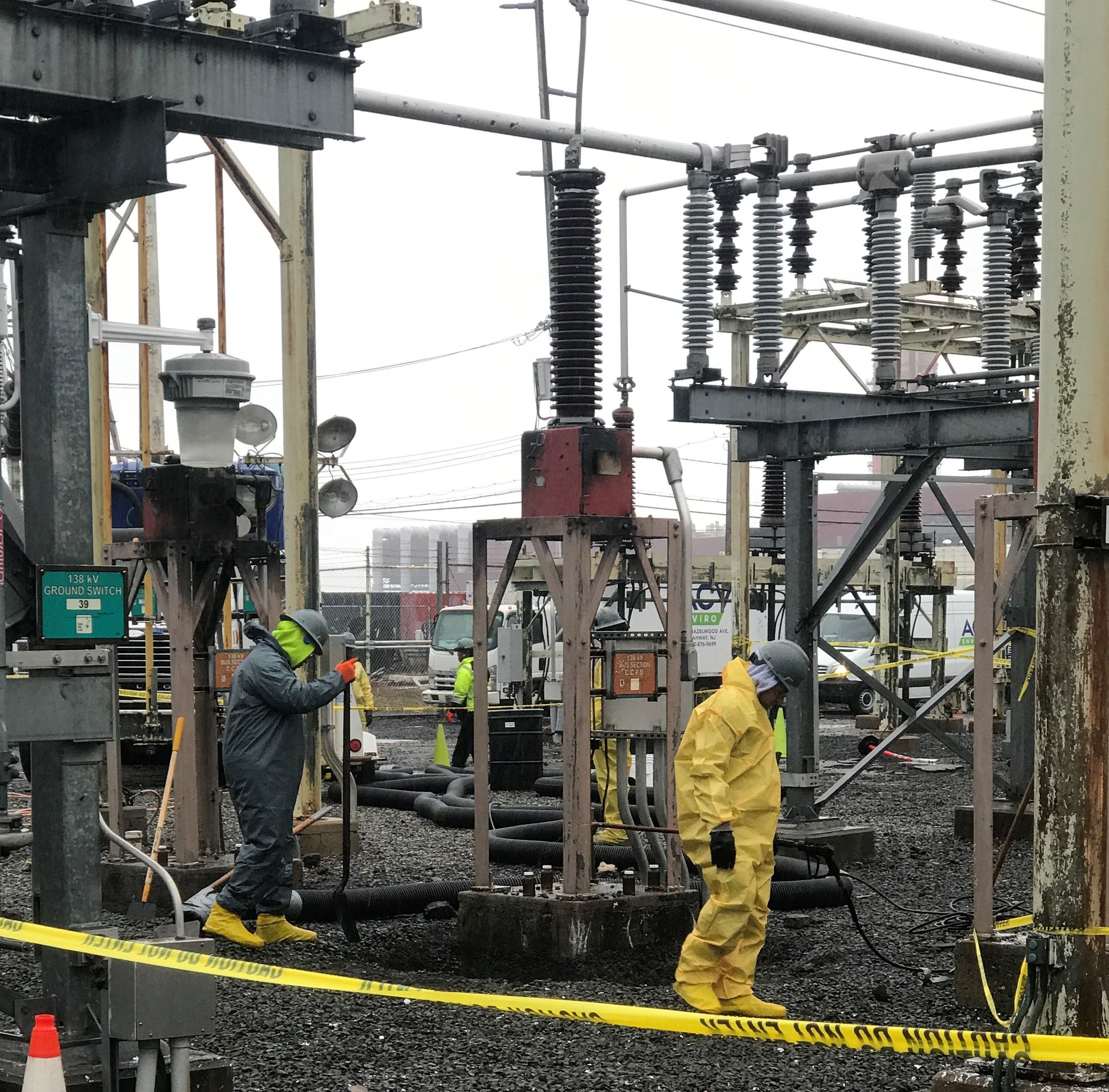 NEW YORK (AP) — Electric utility Con Edison was working Friday to figure out what caused a high-voltage equipment failure that unleashed an otherworldly flash of bright blue light in the night sky over New York City.

The event Thursday caused power outages, briefly grounded flights at LaGuardia Airport and filled social media feeds with eerie photos, questions and jokes, to the point that the New York Police Department tweeted there was “no evidence of extraterrestrial activity.”

And a jocular Gov. Andrew Cuomo pulled out a space-alien mask at a news conference Friday, while assuring the public that the incident “was what it was represented to be: an electrical malfunction.”

“It was like a lightning bolt, essentially,” spokesman Bob McGee said.

Substations transform electricity that comes in from power plants at high voltage down to lower voltage levels, and send it on for use.

Thursday’s malfunction, at a power substation in the Astoria section of Queens, involved voltage-monitoring equipment, Con Ed Chairman John McAvoy said as he joined Cuomo at the substation.

“That piece of equipment failed in a very significant manner,” McAvoy said.

Normally, a circuit-breaker-like device intervenes and quickly cuts off power to the affected equipment if there’s an electrical fault, but that apparently didn’t happen Thursday as quickly as expected, McAvoy said. Instead, the electricity kept cycling through, causing the flash.

Across much of the nation’s most populous city, people looked up around 9:12 p.m. to see a pulsing orb of blue light that lasted a minute or more in the sky over Queens, casting the skyline into a strange silhouette.

“It was pitch black outside, and then suddenly the whole side of the eastern sky was lighting up and changing colors,” said Madeleine Frank Reeves, who saw the lights from her Upper West Side apartment.

As for why the cyan sky: When electric charges move through air, the air gets superheated and glows blue, explains Eric O’Dea, of Boston’s Museum of Science, which is known for generating indoor lightning bolts in its Theater of Electricity.

“Sort of like what happens in a rainbow,” but with a more specific color, he explained in an email.

Onlookers invoked supernatural and sci-fi screen classics — “Ghostbusters,” ”Independence Day,” ”Close Encounters of the Third Kind” and more. There were, of course, hashtags — including #alieninvasion — and a tongue-in-cheek take on a real scientific phenomenon: the “Astoria Borealis.”

Witnesses’ video showed plumes of smoke pouring from a piece of equipment at the substation, and nearby residents reported hearing banging or roaring sounds. Those likely were caused by the electrical arc — a term for this kind of discharge of electricity — going to the ground, McGee said.

The arc subsided on its own, he said. No one was seriously injured, though an employee at the substation reported eye irritation, Con Ed said.

Meanwhile, power flickered or went out at least briefly around northern Queens. Lights flickered in parts of the massive Rikers Island jail complex before back-up generators kicked in, according to the city Correction Department.

Although LaGuardia also has backup power, the emergency system doesn’t allow for full operation of the airport, so flights were stopped for a time, Cuomo said. Normal power was restored in about an hour, he said.

Some subway service was disrupted for about a half-hour, according to Con Ed.

McGee didn’t immediately have information on whether there had been any recent problems with or repairs to the equipment that failed.

Cuomo, a Democrat, asked the state Public Service to join Con Ed in investigating what caused the problem.

Thursday wasn’t the first time a substation power problem has illuminated the city’s skies with a strange glow. Superstorm Sandy flooded a Con Ed substation in 2012, producing a great, greenish flash and plunging a swath of Manhattan into darkness.

Covid: Why bats are not to blame, say scientists

A Chinese city tested 3 million people for COVID-19 in 2 days, showing how much the US and Europe still lag behind in testing...

How long can I expect a COVID-19 illness to last?