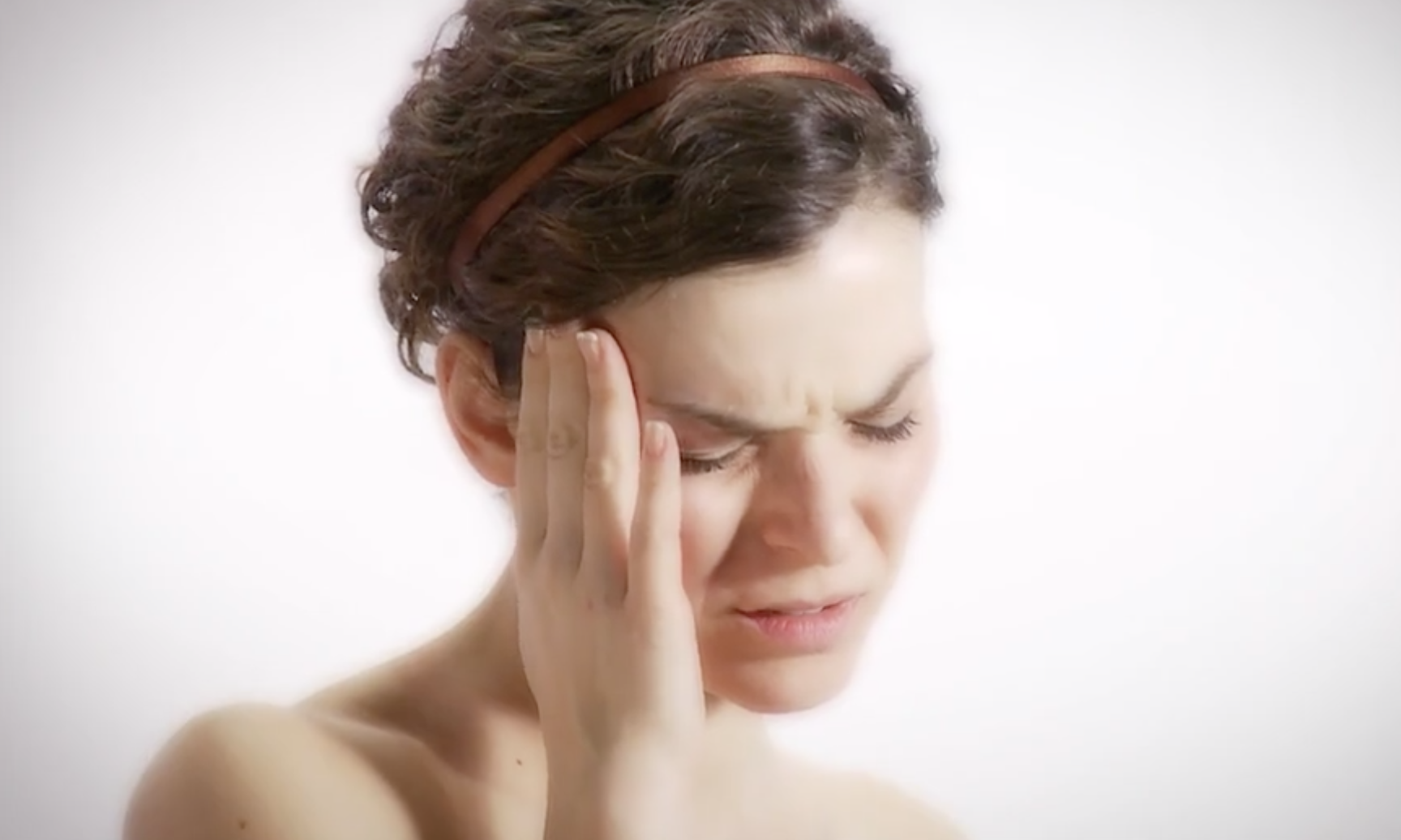 Anyone who has ever experienced a migraine knows how debilitating and painful they can be. For many sufferers — and there are an estimated 39 million of them in the United States alone, according to the Migraine Research Foundation — it’s a chronic condition that lasts for years.

For Jaime Sanders, who lives in Virginia and is known as the Migraine Diva, the throbbing headaches have been a long-term companion. “I have lived with migraines for 38 years,” she tells Yahoo Lifestyle.

Yasmin Coutinho, who lives in London, has coped with migraines since she was just 7 years old, according to a BBC article in which she was featured.

And Allison Biehn, who is from Utah and has a makeup channel on YouTube with nearly 4,000 followers, tells Yahoo Lifestyle that she’s been suffering from migraines since high school.

All three told Yahoo Lifestyle that their migraines are incredibly painful and have had a significant impact on their lives. As Coutinho puts it, “I always describe my migraines as being shot in the head.” Other common symptoms include sensitivity to light and sound, as well as nausea and vomiting.

The pain takes its toll. “It’s definitely something that’s really trying,” says Sanders. For Biehn, it has meant missing many days of work. “You always have to plan your life around the possibility of getting a migraine,” Coutinho tells Yahoo Lifestyle.

To help prevent migraines, the women have sussed out their own personal triggers over the years, to help lower the chances of getting hit with head pain. Some have noticed that not getting enough sleep increases the risk. “It usually occurs if I’m really tired,” Coutinho says. Others find that certain foods act as triggers. For Sanders, popcorn is a problem, while Coutinho says she’s had to cut out dairy.

As for many other people, however, Biehn’s migraines are “hormone- or stress-related,” she says.

The holidays — from stress and travel to winter weather and certain foods — don’t make it any easier on migraine sufferers. “The holidays were a huge trigger for me when my kids were younger,” says Sanders.

One of the challenges with migraines is that although they’re debilitating, unlike other many health issues, they’re also invisible, which can make people less sympathetic to sufferers’ plight. “I travel a lot during the holidays, but because migraines are such an invisible disability, people don’t really have that compassion when you’re traveling,” Coutinho says.

For many migraine sufferers, finding that relief often involves trial and error with medications and lifestyle changes. While medications can help significantly, some people, like Sanders, find that they need to eventually switch medications. Sanders’s migraines were so severe that she decided to get a neurostimulator implant — a device implanted at the base of the skull that sends electrical impulses to a nerve that is thought to help cause migraines. “That worked pretty good for two years,” she says, “but then [my] migraine got hip to it and it transformed and moved to another part of my head.”

Others have found less conventional methods have made a difference. Coutinho is trying to follow a more holistic approach, such as meditation and yoga — both of which help reduce migraine-inducing stress. Biehn found that when she got a daith ear piercing (on the harder, midsection of her ear), it helped reduce her migraines “a lot.” Some say that this is an acupuncture pressure point; however, although some people report relief anecdotally, the Cleveland Clinic says that this may simply be a placebo effect and that there is no medical research to support it.

Both Biehn and Sanders recommend that migraine sufferers do their own research to learn about the condition, the steps you can take to help prevent it, and migraine treatment options. Figuring out your triggers is also helpful: “Actually keeping a diary, knowing your triggers and cutting them out, and doing little experiments,” Coutinho suggests.

Understanding what sets off a migraine and the best ways to treat is different for everyone. “It’s learning how to navigate around it,” says Sanders. “You can manage it. It doesn’t have to take over your life.”

‘They’re Calling You on the Squid Phone’

US again shatters record number of daily new COVID-19 cases with 97,080 — as case numbers continue to grow much faster than testing, despite...

American Medical Association slams Trump's claim that doctors are making money from listing COVID-19 as cause of death, as cases continue to climb

Will the Hardest-Hit Communities Get the Coronavirus Vaccine?

'Keep gatherings as small as possible': 6 experts give advice about how to celebrate Thanksgiving safely