What started as a funky little sci-fi trilogy from the late 70s/early 80s has exploded into the world’s most beloved fan franchise. Growing to ten films, a couple animated series, and hundreds and hundreds of novels, it’s the most expansive work of sci-fi ever created.

So it’s amazing that 40 years after A New Hope exploded onto the screen, Star Wars can still experience a franchise first-its own live-action TV show. Helmed by Jon Favreau, a directer/producer most remembered for kickstarting the Marvel film franchise with Iron Man in 2008, this new project already has a name.

So what is The Mandalorian? Who will be in it? And most importantly, when will we get to see this new adventure in the Star Wars galaxy?

What is it about?

The idea of a Star Wars live-action TV show goes back to at least 2005, following the premiere of The Revenge of the Sith. It wouldn’t be until Disney grabbed the reins from George Lucas and greatly expanded the franchise that we’d finally get a Star Wars adventure fit for TV-or at the very least, a streaming service.

Favreau’s production is wholly separate from Lucas’s, which would have been set in the seedy underbelly of Coruscant between the original and prequel trilogies. Instead, The Mandalorian will take place three years after Return of the Jedi (originally reported as seven years but corrected to three).

With the fall of the Empire being so recent, the Star Wars galaxy will likely be a galactic Wild West as a very young New Republic grapples with its newfound powers. Right now the only piece of current Star Wars canon that falls within that time frame is the novel Last Shot, which details the continuing adventures of Han Solo and Lando Calrissian.

But the biggest piece of news we have about the show’s plot is its name-The Mandalorian. Although a well-known piece of lore for devout Star Wars fans, Mandalorians, and their home planet Mandalore, is a relatively deep cut in the Star Wars mythos.

In the original and prequel films, the Mandalorians are most memorably represented by Jango Fett and his clone/son Boba Fett. While not born on Mandalore, these famous bounty hunters wore Mandalorian armor, which is why the only official image from the show (very top) feels so very Fett-ian.

Months later, a rumor popped up on Reddit, describing a Star Wars presentation that went into some detail about Favreau’s project. From Reddit:

…The central plot revolves around the main character and a baby. I guess the Mandalorian encounters a baby on one of his missions that he is supposed to kill, but instead of that, he ends up saving it and a lot of the rest of the story revolves around their growing relationship and his efforts to keep the child safe and protected.

This description sounds eerily familiar to the famous Japanese manga, Lone Wolf and Cub, where a traveling ronin and his young son go on adventures during the time of the Tokogawa shogunate. This would fit well with Star Wars history as George Lucas was originally inspired by Japanese cinema, specifically Akira Kurosawa’s The Hidden Fortress.

But this rumor is far from confirmed, but it’s definitely a show we’d be excited to watch.

We do know who will not be in the show-anyone from previous Star Wars films.

While it’s possible considering the timeline that someone familiar could make an appearance, Favreau stated in an interview in May that his Star Wars show would feature “all new characters.”

Favreau’s Instagram has also provided fodder for Star Wars fans to get excited about. The first were two props from the The Mandalorian:

Although this prop looks relatively random, it’s actually the property of Willrow Hood, a cult favorite seen only briefly running through the halls of Cloud City in The Empire Strikes Back. This could mean that Hood will make an appearance in the show…or maybe Favreau is just having some fun.

Our new antihero’s trusty weapon? Eagle-eyed fans have noticed that this weapon is seen in the hands of Boba Fett in the much-maligned Star Wars Holiday Special.

Then Christmas day brought a bombshell:

IG-88 is one of the most memorable bounty hunters from Darth Vader’s rogues gallery in The Empire Strikes Back. We’ve long wished for the return of IG-88, and Favreau just might give it to us.

Who are the Mandalorians?

Mandalorians are the inhabits of their home planet Mandalore, its moon, Concordia, and various other planets and colonies throughout the galaxy. Although they have a complicated history that’s been explored extensively, they’re a warrior race akin to Klingons in Star Trek.

Mandalorians are notorious for their fighting ability and were a major thorn in the side of the Jedi Order in the Old Republic, being one of the few warriors that could match the Jedi’s force-augmented power. However, the Mandalorians are far from being one note, and factions within the society formed that argued for a more peaceful Mandalore. These factions would eventually lead to civil war. If you want to know all about the Mandalorians, Wookiepeedia is your best bet.

On November 13, 2018, Variety reported that Pedro Pascal, known most famously for portraying Prince Oberyn in Game of Thrones, will take on the lead role as The Mandalorian. Rumors also point to another actor Carl Weathers (of Rocky fame) also joining the cast in some capacity.

The casting only gets more interesting from there. Werner Herzog and Nick Nolte have also joined the cast though we don’t what their specific roles will be.

Jon Favreau will be the showrunner and writer on the series. He’s also been intimately tied to the Mandalorians when he voiced Pre Vizsla, a Mandalorian Death Watch leader in Star Wars: The Clone Wars. He’ll also serve as executive producer along with Filoni, Kathleen Kennedy, and Colin Wilson. Ludwig Göransson, who scored the mega film Black Panther, will also compose the music for The Mandalorian.

StarWars.com also revealed that he’ll be joined by a cadre of directors, many of whom will be major “firsts” for the Star Wars franchise when it comes to diversity in the director’s chair. Here’s a quick list:

When does it air?

Disney is working hard to get its exclusive streaming service up and running by fall 2019, and The Mandalorian is set to debut on that service. Whether it will launch with the service or arrive at a later date is uncertain.

But the first season will stretch ten episodes, and it’s been previously reported that the show will cost $100 million for its first season, or about $10 million per episode. That joins the upper echelon of expensive TV shows like Game of Thrones and Amazon’s upcoming Lord of the Rings show. According to images reportedly showing filming in progress, principal photography on the show may have started the first week of October.

Long story short, we’ve still got quite a while before we see Favreau’s journey into the Star Wars universe, but I have a feeling many more details will flesh out The Mandalorian while we wait. 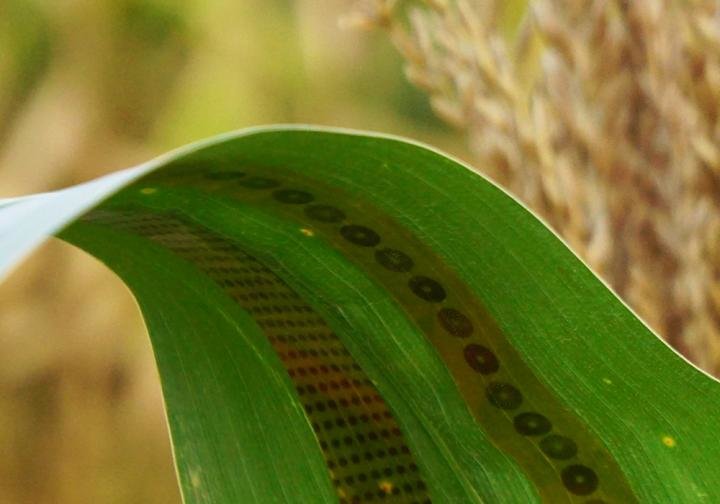 Scientists are developing graphene-based, sensors-on-tape that can be attached to plants and can provide data to researchers and farmers about water use […]

Devin Patrick Kelley, the man officials have identified as the suspect in a mass shooting at a Texas church that left at […] 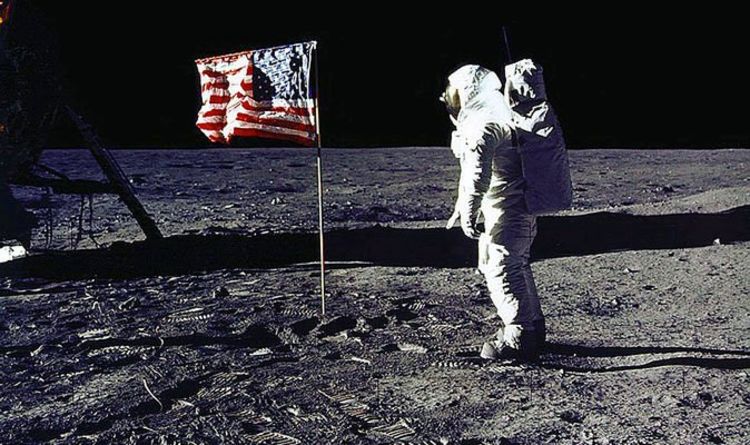