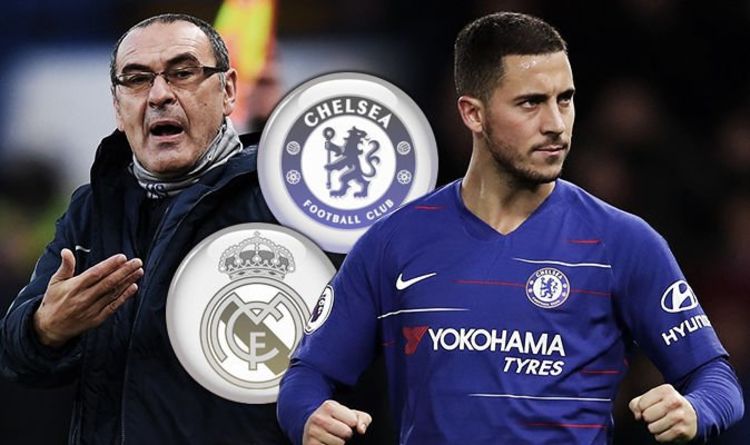 The Belgian has been continually linked with a move to Real Madrid and has made no secret his desire to one day move to Spain.

However, he has also suggested that he might be willing to stay at the club and Sarri has told him he must make up his mind soon.

“I don’t know [what Hazard is thinking], but I think that it’s time to decide.”

Hazard will enter into the final year of his contract at the end of the current season but recently said he might be happy to sign new terms.

He became just the tenth player to reach the milestone of 100 goals for the club in the recent 2-1 win over Watford and gave fans some cause for optimism with his comments after the game.

”It means a lot, especially because we also won,” he said.

“Scoring 101 goals with this amazing club is something I will never forget.

“But now I think the fans, the staff, myself, the players, we want more.

“I want to score more for this club and then try to be a legend like [Frank] Lampard, [John] Terry, [Didier] Drogba, I try to do my best.”

However, his latest comments appear to contradict some of the things he has said when questioned on his future in the recent past.

After the Blues beat Southampton 3-0 in October he was asked if he would try to force a move to Spain like former Chelsea team-mate and fellow Belgian Thibaut Courtois did in the summer.

“I don’t want to say: ‘Yes, I am signing a new contract’ and then in the end I don’t end up signing. So I will see. Sometimes in my head, I wake up in the morning and think I want to go.

And in October he admitted that he has always dreamed of playing for Real Madrid.

He said: “I am playing good football. Real Madrid is the best club in the world. I don’t want to lie today.

“It is my dream since I was a kid. I was dreaming about this club. I don’t want to talk about this every day.

“I don’t have time, but we will talk about my future soon. I think so.”