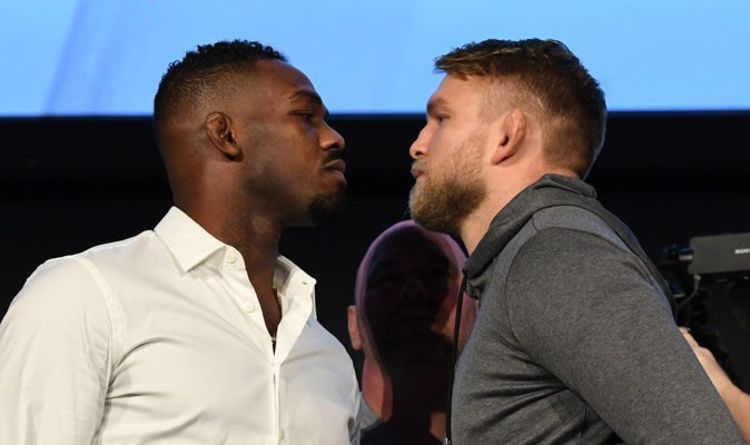 Champion Cris Cyborg will defend her 145lbs title against bantamweight queen Amanda Nunes, who will look to become the first female fighter in UFC history to hold two belts simultaneously.

UFC 232 is jam-packed with entertaining fights, making it an unmissable one for fight fans.

Here’s everything you need to know about the card:

UFC 232 takes place at the Forum in Los Angeles, California in the early hours of Sunday, December 29.

The main card and the preliminary fights will be shown live on BT Sport 2.

Alternatively, if you don’t have BT Sport, you can watch the prelims on the UFC’s Fight Pass service.

The prelims will get underway at 11:30pm BST on Saturday, December 29.

The main card will commence at 3:00am BST.

Jones and Gustafsson are expected to make their respective walks to the Octagon at around 5:30am BST (11:30pm ET and 9:30pm PT).

BT Sport subscribers will be able to watch the ninth pay-per-view card of the year online or through their mobile device via the BT Sport App.

The preliminary fights will be available to watch on the UFC’s Fight Pass service.

FA Cup third round draw: When is it? How to watch, ball numbers confirmed, prize money

A Christmas TV advert like no other… can you guess which footballer has swapped goals for guitars?

What channel is Brighton vs Liverpool? TV channel, live stream and kick-off time

Two NYPD cops who were shot are likely to survive