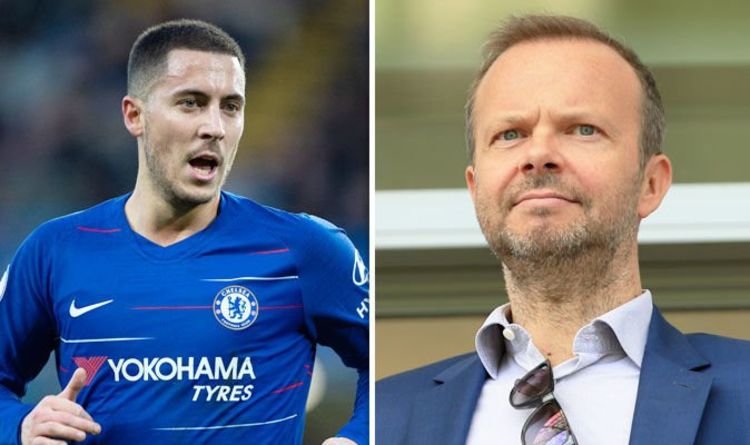 The transfer window opens next week with Premier League sides expected to splash the cash.

Manchester United boss Ole Gunnar Solskjaer is hoping to add a couple of signings to his ranks at Old Trafford after replacing Jose Mourinho.

Liverpool are also set to dip into the market with Jurgen Klopp’s men at the top of the Premier League table.

Real Madrid and Barcelona could be active as they plan for the second half of the season.

Ajax star Frankie de Jong is edging closer to a move to Barcelona after agreeing terms with the La Liga giants, according to reports in Spain.

The Dutch midfielder is one of Europe’s hottest properties and was also understood to be a target for Manchester City and Paris Saint-Germain.

However, Sport claim Barca have won the race to sign him and that he will sign a five-year deal at the end of the season.

The report says the only potential stumbling block is that a fee is yet to be agreed between the two clubs.

Arsenal could seal a deal for Sevilla midfielder Ever Banega.

Gunners manager Unai Emery is a big fan of Banega after working with him at Sevilla.

And now Spanish outlet La Sexta claim his agent is in London and could be working on a deal to seal a move to the Premier League.

The midfielder would be able to move for a bargain €20m (£18m) due to a release clause in his contract.

Real Madrid are planning to use Isco and Mateo Kovacic in a swap deal to land Eden Hazard, according to reports in Spain.

Onda Cero say the European champions will try and send two players – one who is already on loan at Chelsea – to London in exchange for the Belgium international.

Hazard is on Florentino Perez’s radar and has publicly revealed his desire to join Real.

Chelsea are trying to sign him to a new deal, however, talks are at a standstill.

Man Utd will not appoint a permanent new boss until the season is over.

That’s according to talkSPORT host Jim White, who claims United executive vice-chairman Ed Woodward has told him precisely that.

United are on the hunt for a new manager after sacking Jose Mourinho last week following a disappointing season to date, with Ole Gunnar Solskjaer being appointed on an interim basis.

And White has revealed that Woodward said that no decision will be made until the current campaign is over.

“Ed Woodward told me, on the record, that last week was not a proud one for Manchester United,” White said.

“He said the club now needed to undergo the proper process of finding the right manager and that NOTHING will be announced before the end of the season.

“He said he’d been inundated with applications and recommendations – the top people in the game want this job. But he said, at the end of the day, nothing will be announced before the end of the season.

“He also said [owners] the Glazers are huge United traditionalists and they want to emphasise that they want things to be run the Manchester United way.”

PSG want to hold talks with Aaron Ramsey in January.

Sky Sports claim the French giants are keen to land the Wales midfielder in the New Year.

Ramsey will leave Arsenal in January or next summer after the Gunners refused to hand him a new contract.

The Arsenal ace can agree a summer transfer with foreign clubs in January.

'A moral maze': Gareth Southgate tells young England players the party is over

Doctor: Trump improving, but not 'out of the woods' yet