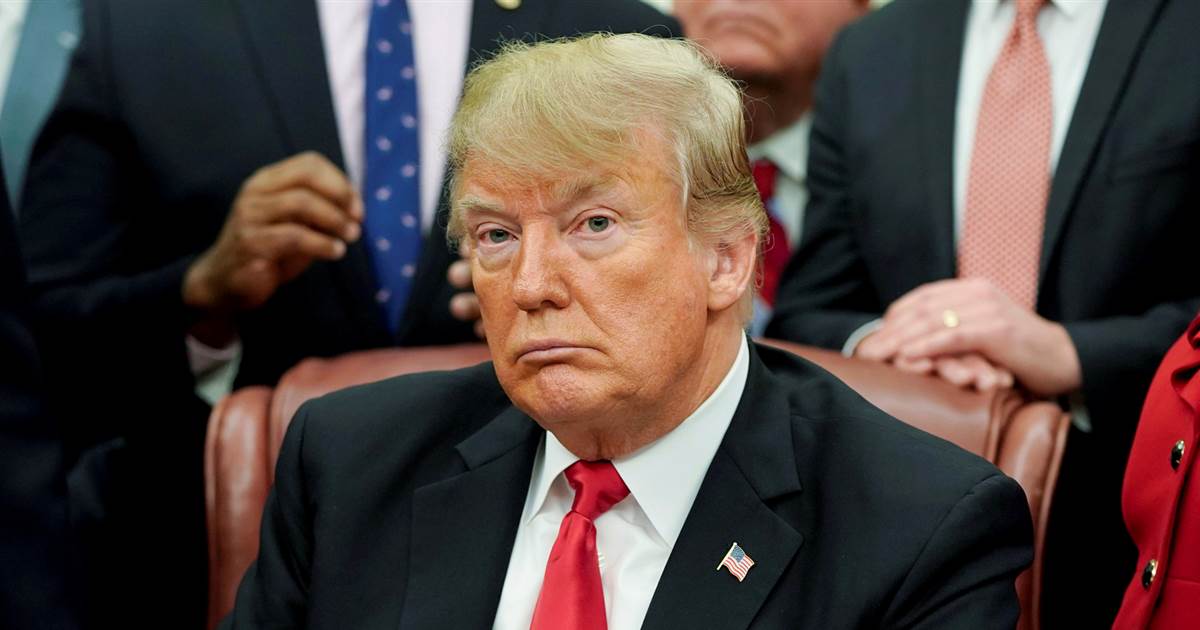 More Americans blame President Donald Trump than congressional Democrats for the partial U.S. government shutdown, a Reuters/Ipsos poll released on Thursday found, as lawmakers returned to Washington with no quick end to the shutdown in sight.

Forty-seven percent of adults in the U.S. hold Trump responsible, while 33 percent blame Democrats in Congress, according to the Dec. 21-25 poll, conducted mostly after the shutdown began. Seven percent of Americans blamed congressional Republicans.

The shutdown was triggered by Trump’s demand, largely opposed by Democrats and some Republicans, that taxpayers provide him with $5 billion to help pay for a wall he wants to build on the Mexican border. Its total estimated cost is $23 billion.

Just 35 percent of those surveyed in the Reuters/Ipsos poll said they backed including money for the wall in a congressional spending bill. Only 25 percent said they supported Trump shutting down the government over the matter.

The shutdown, now in its sixth day, has a had limited impact so far, partly due to vacations for the 800,000 federal workers affected, though that could change soon.

The Office of Personnel Management, which oversees the federal workforce, offered advice to government employees on staving off creditors if paychecks lapse.

On Capitol Hill, the Senate and House of Representatives were set to reconvene late on Thursday, but no prompt action by them was expected. The lack of urgency fueled speculation among analysts that the shutdown could drag on well into January.

The wall dispute coincided with the expiration of funding for about 20 percent of the government. The remaining 80 percent is fully funded and is unaffected by the shutdown.

The departments of Homeland Security, Justice, Agriculture, Commerce and other agencies, shut down “non-essential” operations on Saturday after a tentative funding deal collapsed over Trump’s renewed insistence that wall funding be provided.

The House has approved a shutdown-ending spending measure that includes Trump’s demand for $5 billion, but its prospects in the Senate were seen as poor.

Trump argues that his wall is needed to stem illegal immigration and drugs entering the country – a key plank in his 2016 presidential campaign.

Earlier this month, he said he would be “proud to shut down the government” over wall funding. On Twitter, since the shutdown started, he has tried to blame the Democrats.

In a tweet on Thursday, he framed the shutdown as a partisan issue, saying, “Do the Dems realize that most of the people not getting paid are Democrats?”

Have the Democrats finally realized that we desperately need Border Security and a Wall on the Southern Border. Need to stop Drugs, Human Trafficking,Gang Members & Criminals from coming into our Country. Do the Dems realize that most of the people not getting paid are Democrats?

The assertion, for which Trump provided no evidence, drew immediate criticism from Democrats.

“They’re public servants. And the president is treating them like poker chips at one of his failed casinos,” Warner said.

The Reuters/Ipsos poll was conducted online in English across the United States. It gathered responses from 2,440 adults, including 946 Democrats and 846 Republicans. It has a credibility interval, a measure of the poll’s precision, of two percentage points for the entire sample and four points for members of either political party.

Trump campaign agrees on moving second debate back by a week

13 arrested over plot to kidnap Gov. Gretchen Whitmer and incite a civil war

Pelosi: 'We're going to be talking about the 25th Amendment'

Add Light to Your Table