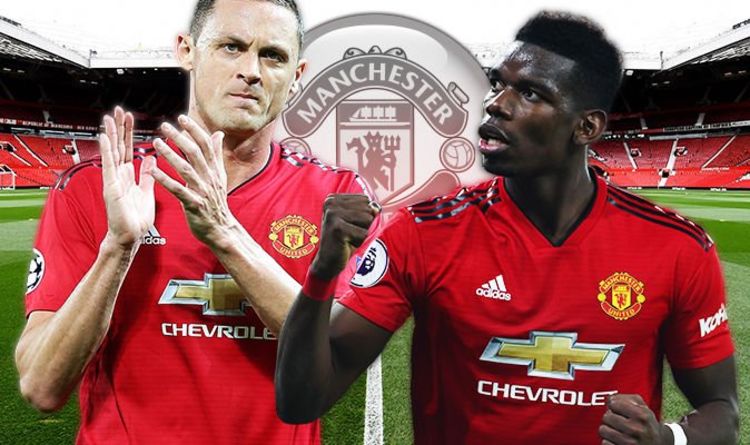 Since Ole Gunnar Solskjaer took over the hot-seat, Pogba had two assists against Cardiff and impressed with two goals against Huddersfield on Boxing Day.

He struggled under Jose Mourinho, managing just three goals and three assists in his previous 14 Premier League games, and Matic believes Pogba has the quality to be Manchester United’s biggest star, but that the £89.3million midfielder must keep progressing.

“He’s very important for us,” said Matic. “When he plays at his best, he can make the difference in every game.

“He played very well [against Huddersfield], but he can do even more. It was very important for him to score some goals. His confidence for the next game is going to be bigger and he needs to know that he still can improve.

“He needs to know he’s very important for this team. His quality can make the difference and I hope he will continue like this.”

Matic was seen as the ideal ball-winning player to complement Pogba when he arrived 18 months ago, and the Serb says it is important everyone plays well for the team.

“I know that he can play well,” said the former Chelsea star. “It doesn’t matter if it’s with me, Ander Herrera, Fred in the middle or Marouane Fellaini.

“If we give our best then his quality or my quality or Marcus Rashford’s, Jesse Lingard’s quality can make the difference. If we’re not giving everything we can, then one player cannot change anything.”

United great Ryan Giggs has hailed the impact of his former team-mate Solskjaer, who has quickly got the club’s star names turning in big performances for him – in stark contrast to their displays under Jose Mourinho.

Giggs, the club’s last caretaker manager, was among in attendance for the Boxing Day win and said: “The big players are turning up – Pogba with the goals, David De Gea with a great save and Marcus Rashford just getting better and better each game.

“There’s a real positivity around the place, which we need that to carry on now going into the Bournemouth game.”

United are running and working harder than they did under Mourinho and Matic says these are basic requirements, claiming United must match the effort of their opponents to allow their class to tell.

“We have to work, because when we’re not on our higher level, the teams are going from here with a point, which was the case a few times this season,” Matic said.

“But when we are fighting, when we know what we have to do in every moment of the game, then the other teams don’t have much chance to take points from here.

“I remember when I played against Man United, we had always extra motivation to play against big clubs.

“Today is the same. Everyone wants to show against Man United they can compete with us, so we need to know that our level of running and fighting needs to be the same or even higher than the other team. Then our quality can make the difference.”

Neymar and Mbappe prove their worth in PSG's stunning win