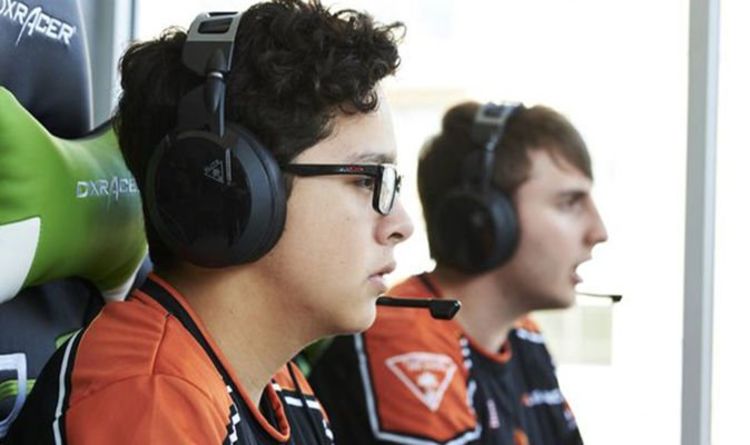 If you were lucky enough to receive a brand spanking new PS4, Xbox One or Nintendo Switch this Christmas, then you might be on the look out for a new headset to go with it.

Headsets provide superior sound and further immerse you in the action, whether you’re going for a victory royale or launching an attack behind enemy lines.

Better yet, headsets let you communicate with friends and teammates, which gives you a better chance of succeeding in team-based games.

Express Online has picked out three of the best Turtle Beach headsets to look out for in the January sales.

If money is no object and you’re looking for the very best headset on the market, then you should try the Turtle Beach Elite Pro 2 with SuperAmp technology (pictured above).

That’s alongside 3D Surround Sound Technology, which creates a 7.1 channel soundstage around your head. This in itself can actually improve your game, because you can better pinpoint where firefights are taking place and react accordingly.

You also get Turtle Beach’s Superhuman Hearing technology, which makes it possible to hear quieter sounds like footsteps and enemy reloads.

In terms of design, the Elite Pro 2 comes with luxurious Aerofit ear cushions and a ProSpecs glasses relief system for gamers with specs. That’s alongside a sturdy metal frame that looks the part.

While the Turtle Beach Elite Atlas headphones (pictured at top of page) are listed for PC, they’re actually compatible with PS4, Xbox One and Nintendo Switch. They’re also much more affordable than the Elite Pro 2 model, despite boasting similar features.

The microphone, meanwhile, features TruSpeak technology for clear chat functionality, and a nifty flip-to-mute mic for when you really want to concentrate.

With memory foam and fabric ear cushions, the Elite Atlas headphones provide the best balance between quality and affordability.

Available for £49.99 and compatible with PS4, Xbox One and Nintendo Switch, the Recon 200 (above) is an entry-level headset designed to take advantage of the battle royale boom.

Available in black and white, the Recon 200 headset features 40mm speakers that amplify the audio and enhance the bass, not to mention a high-sensitivity flip-to-mute microphone for voice chat during squad play.

It also comes with a metal-reinforced headband, memory foam cushions for added comfort and a rechargeable battery that delivers more than 12-hours of gaming per charge.

A new Yakuza game will be announced on Sunday

More PS5 preorders coming tomorrow to GameStop, and here’s the latest at Amazon, Walmart and more