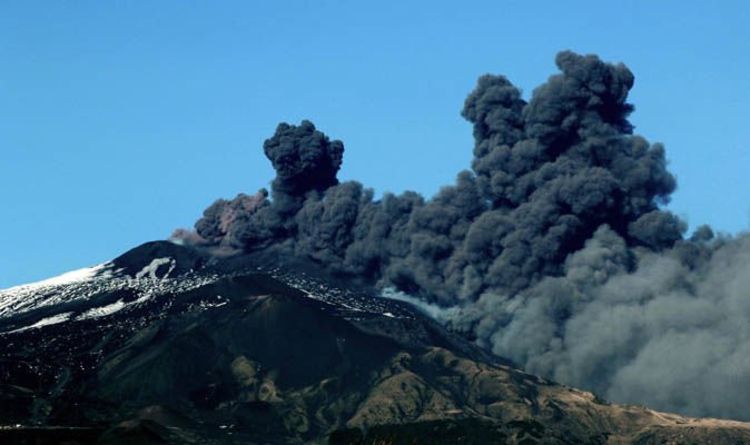 Mount Etna is one of the world’s most active volcanoes, with eruptions dating back 500,000 years ago. The stratovolcano towers above the city of Catania in eastern Sicily in Italy and is the highest most active volcano in Europe apart from the Caucasus mountains in Russia. Eruptions can happen multiple times a year but the last major one was in 1992. Back then, the town of Zafferana was in danger of being swallowed by lava flow but successful diversions using the placement of concrete blocks managed to save it just in time.

When did Mount Etna erupt, will it erupt again?

The volcanic activity triggered a chain of 130 earthquakes, causing injuries to people and destroying buildings.

Officials said about 30 people were hurt, mainly from falling masonry as they fled their homes.

Mount Etna is in an almost constant state of activity but it is difficult to predict when another eruption may happen.

Monday’s eruption was Etna’s “first flank eruption” in more than 10 years, according to a local volcanologist.

This means the eruption took place on the volcano’s flanks, or sides, rather than at its summit.

Scientists have already said Mount Etna is sliding towards the Mediterranean Sea at a rate of 14mm.

Dr John Murray told BBC News in March that careful monitoring at the site would be needed in the future.

He said: “I would say there is currently no cause for alarm, but it is something we need to keep an eye on, especially to see if there is an acceleration in this motion.”