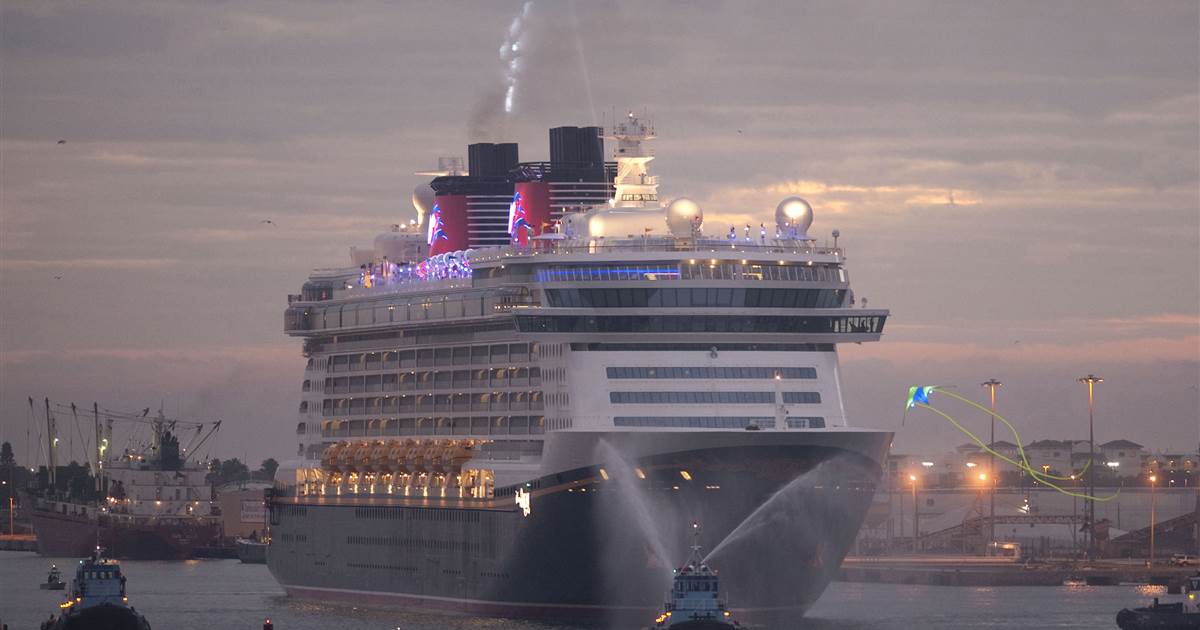 ORLANDO, Fla. — A middle-aged male former labor analyst at Disney Cruise Line claims his younger female manager created a hostile work environment by bullying him about his age, bragging about sleeping with married men in the office and passing him over for promotions, according to a federal lawsuit.

Anthony McHugh claims in the lawsuit filed last month that his former female manager discriminated against him because of his sex and age, a scenario that legal experts say is rare given the genders of the employee and supervisor.

The unidentified female supervisor called McHugh a “stuffy old fart” in front of staff, moved his office to a windowless space, wouldn’t provide him with an iPhone or tablet like she did for staff younger than 40 and passed him over for promotions even though he says he was more senior and qualified, the lawsuit said.

Disney Cruise Line said in a statement that the claims in the lawsuit are without merit and “we will respond to them in court.” The Florida-headquartered cruise line is a subsidiary of The Walt Disney Co. and operates four ships.

McHugh’s attorney, John Zielinksi, said they wouldn’t comment for the time as the lawsuit is being litigated. The lawsuit doesn’t say how old the supervisor or McHugh were, other than McHugh was older than 40 and the manager was younger than 40. Zielinski didn’t respond to an email asking his client’s age.

Experts in workplace law say it’s uncommon for a female manager to be accused of sex discrimination against a male underling and creating a hostile workplace. The vast majority of cases are brought by women.

Rebecca Pontikes, an employment lawyer in Boston, said it is “rare to have this exact scenario.”

The law protects workers against discrimination because of their sex, said Stephanie Bornstein, a law professor at the University of Florida.

“That means, if a man believes he was discriminated against or experienced a hostile work environment because he is a man, he can allege sex discrimination,” Bornstein said in an email. “‘Because of sex’ also includes ‘because of gender stereotypes’ — meaning feminine or masculine dress or behavior.”

Complaints of age discrimination have become more common as the workforce has gotten grayer with the aging of Baby Boomers, both Pontikes and Bornstein said. Federal law protects workers age 40 and older from discrimination.

In the complaint, McHugh, a labor analyst who had worked at Disney for 18 years until he was fired last year, said all of the top executives and senior managers in the division he worked in were female and didn’t reflect the gender makeup of the division’s workforce. Starting two years ago, his female senior manager bragged about the married men she had slept with in order to embarrass McHugh and said she booked “sex rooms” on Disney Cruise ships where she would “entertain” partners, according to the lawsuit.

“Further, the senior manager sought to embarrass plaintiff by sharing with the plaintiff the various sex acts that she participated in with her many partners,” the lawsuit said.

The lawsuit also claims the manager stole drugs McHugh took for attention deficit disorder and anxiety. McHugh said he was fired last year after complaining about his manager’s behavior to the human resources department. The given reason for his dismissal was using illegal substances. He was replaced by a younger woman, and every leader on his work team over age 40 was “either systematically terminated or resigned” during the manager’s tenure, according to the lawsuit.

Employment discrimination cases, more often than not, don’t make it to a jury. They are either settled or dismissed on a procedural motion, Bornstein said.

If McHugh’s case reaches a jury, he may have a greater challenge than a female plaintiff.

“Of course, because it is less common, it may be harder for a male employee to convince a jury or judge that what he experienced was caused by discrimination based on his sex or gender, rather than caused by some other reason, simply because it is a less common occurrence,” Bornstein said.

Hathras case: A woman repeatedly reported rape. Why are police denying it?