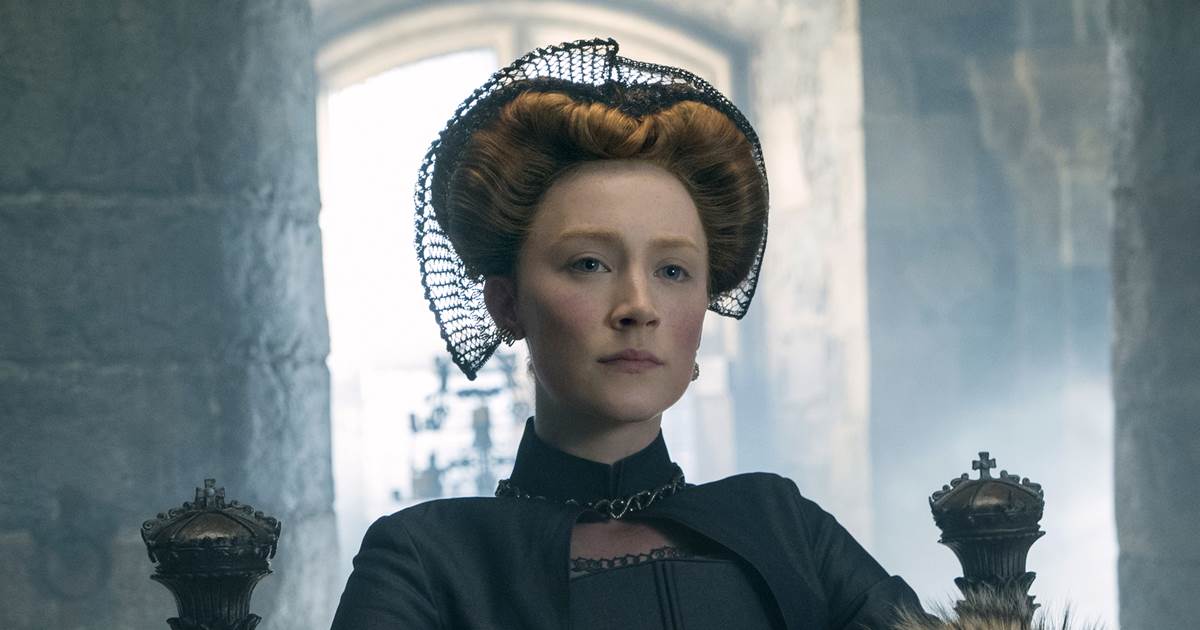 The past year testifies that, by fits and starts, the plot for women finally thickens.

Along with the #MeToo movement’s catalyzing moments of collective outrage and the Brett Kavanaugh hearings, 2018 delivered a trove of film and television offerings featuring remarkable female performances — several written, directed and produced by women — that asked a common question. What does female power look like?

One thing is clear: It looks different from that of men — because women must fight for it, forging it through pain and obstacles. Male power, meanwhile, is usually just assumed. It comes as a birthright, a diploma, an invitation to the boy’s club. It often exudes a whiff of bad faith.

Female power bursts with rage or simmers under the surface. Sometimes it wears a crown, often a mask of pain.

Female power bursts with rage or simmers under the surface. Sometimes it wears a crown, often a mask of pain. It is, by turns, redemptive and accusatory, subversive and complicit. It can look old or young, queer, black or indigenous. Often, female power is a product of endurance. Can it bear the weight of a thousand smack downs? How much is it willing to risk? Danger lurks around it.

We can see in these movies and TV programs that women finding their way to self-realization get no free pass and can’t depend on role models or familiar scripts. They follow a labyrinthine path of blind alleys and wrong turns. To recognize and own their strength demands new strategies and fresh modes of action.

The first step is to articulate the pain, a theme of Alfonso Cuaron’s “Roma” (Netflix), starring Yalitza Aparicio as an indigenous maid living in Mexico City in the early 1970s. Her sentence of silent suffering ends when she is finally able to speak the unspeakable of her stillborn child: “I didn’t want her,” she sobs in words that explode the image of woman as sacrificing supporter of everybody but herself.

Similarly, Jean-Marc Vallee’s “Sharp Objects” (HBO) based on a Gillian Flynn novel, explores the trauma of female expression through Amy Adams as an alcoholic reporter covering the murders of teenage girls in her hometown, where charm conceals the rage of women scarred by abuse. In her case, the scarring is literal — etched in words of anguish she has carved into her own skin and hidden. Until she reveals them, first in rage and later in a risky, redemptive act of trust.

Other productions posit the creative act as a further step in mastering the tensions of the female self, an idea in sync with efforts to expand the field for women artists, like Time’s Up. “Eighth Grade” stars Elsie Fisher as Kayla, a middle school student with unexceptional looks. In an Instagram world, she copes with social anxiety through vlogs that move from feigned confidence to authentic vulnerability. (Director Bo Burnham cast Fisher after spotting her YouTube videos). The key to self-realization, Kayla discovers, comes not through pretending but by creative experimentation.

A darker view of the creative process emerges in “Madeline’s Madeline,” directed and written by Josephine Decker. The mesmerizing Helena Howard stars as a mentally ill, biracial teenager who deals with a nervous mother (Miranda July) by joining an experimental theater troupe — only to find that her instructor (Molly Parker) cannibalizes her story for art. Madeline’s response is to join with her fellow actors to stage a kind of ritual matricide that allows her to reclaim the story as her own. Decker conceived the film as a way to work through her own misgivings as a female artist. As women gain more control of artistic productions, Decker’s journey suggests, they will likely ask tough questions about the ethics and responsibilities of power that many male creators have avoided.

What happens when women harness their power to dish out punishment? 2018 proposed answers for that, too. Female vengeance, long a staple of pulpy movies featuring glammed-up gals who perform for the male gaze (think Uma Thurman in “Kill Bill”), looks far from fetching in two women-driven projects. Chloë Sevigny developed and stars in “Lizzie,” based on the tale of the woman who famously (and allegedly) gave her parents “40 whacks.” Lizzie Borden’s stifling Victorian dresses and grim expressions are designed not to arouse but to communicate a lifetime of bleak restrictions.

Glamour also gives way to grit in “Destroyer,” directed by Karyn Kusama, where Nicole Kidman becomes a hard-bitten Los Angeles cop on a vengeance mission. Kidman’s face appears so blotched and haggard that her transformation has been compared to Charlize Theron’s in “Monster.” The scope of female expression expands when smashing of gender walls and pursuing murderous agendas no longer requires spandex.

As more women than ever head to Congress after the 2018 midterm results, several films navigate the tightrope of female leadership in a man’s world. Two projects focus on U.S. Supreme Court Justice Ruth Bader Ginsburg. Her power as a role model for many young women today is examined in the inspiring documentary “RBG,” directed by Betsy West and Julie Cohen. “On the Basis of Sex,” directed by Mimi Leder (and written by Ginsburg’s nephew), features Felicity Jones as a younger Ginsburg, learning to use the force of her intellect and diplomacy to confront men with a smile that belies her plans for patriarchal abuses.

The stakes are even higher for women ordained with power in the past. A pair of (mostly) historical dramas, “The Favourite” and “Mary Queen of Scots,” view female rulers through the lens their relationships with other women. In “The Favourite,” Britain’s Queen Anne (Olivia Colman), though clearly traumatized by more than a dozen fruitless pregnancies, expresses what remains of her vitality through passionate queer relationships with two women courtiers (Rachel Weisz and Emma Stone). The movie subverts the sexist image of lesbians as hot chicks posing for male audiences by depicting two middle-aged women pursuing sex for their own pleasure. All three resourceful women parse power dynamics that have little to do with men — a rarity in Hollywood.

But mainstream cinema still balks at the potency of women who are neither mother nor love interest, a shortcoming reiterated in “Mary Queen of Scots.” England’s Elizabeth I (Margot Robbie) becomes a sorrowful spinster, regretful that she is not as comely and fertile as her Scottish cousin, Mary (Saoirse Ronan). Though she makes ill-considered choices, including wedding a drunken knave, Mary is plucky, beautiful and a mother. So she gets the heroic turn, while Elizabeth — the woman who defeated the Spanish Armada! — resigns herself to the machinations of men.

The remake of “A Star is Born” also misses the moment — recycling a celebrated 1937 plot, this time with a singing wannabe (Lady Gaga) catapulted to stardom when an aging rock god falls for her (Bradley Cooper, also the film’s director). His dissipation eventually threatens to ruin a career, but she is willing to toss it for his sake: Her agency seems to revolve entirely around the actions of problematic men. Thanks to superb acting, “The Wife,” starring Glenn Close, reveals greater psychological depth in the story of a shy woman who ghostwrites her husband’s Nobel Prize-winning novels. Closes’s frozen mask of bitterness at this fate seems to channel the collective anguish of female selfhood cancelled by a sexist culture.

Ultimately, however, the year goes out on a triumphant note with a musical genius who wrested her destiny from the double fists of sexism and racism. “Amazing Grace,” named for the biggest-selling album of Aretha Franklin, who died in August, unearths long-buried footage of a two-day concert in 1972. The music became the basis of the rafter-rattling gospel record that captures Franklin at the apex of her vocal virtuosity. All shimmering gowns and skin shining with perspiration, she radiates a singular spiritual force as her song lifts hearts and bodies in joyous epiphany.

When Franklin cries “Laaaazarus!” in a spine-tingling rendition of “Mary, Don’t You Weep,” the Queen of Soul transmutes sorrow into redemption with a power that wakes what is dead in all of us.

The torch is passed to 2019 — to light the way for women whose time is coming.

Lynn Stuart Parramore is a cultural historian who studies the intersection between culture, psychology and economics. Her work has appeared at Reuters, Lapham’s Quarterly, Salon, Quartz, VICE, Huffington Post and others. She is the author of “Reading the Sphinx: Ancient Egypt in 19th Century Literary Culture.”

America's gifted education programs have a race problem. Can it be fixed?

Calmer and less curious: How dogs' personalities change as they age

Overwatch Halloween release time, skins update, when is the Halloween event in Overwatch?