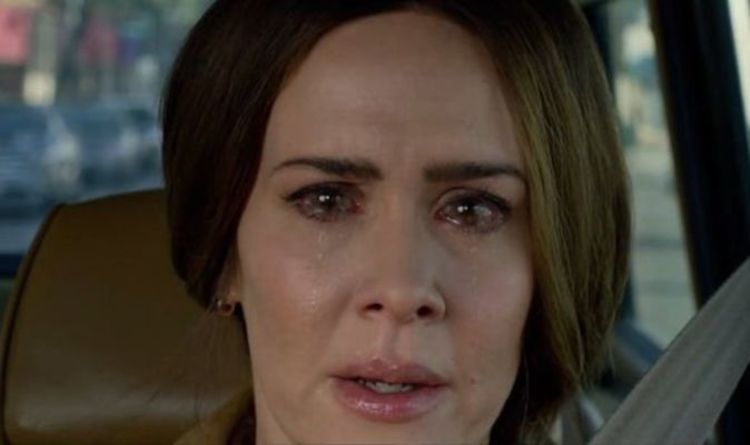 It has been a great year for horror. Two of the biggest hits have played with the chilling idea of monsters who prey on our senses. A Quiet Place created a world where alien creatures hunted by sound. Bird Box shows us a scenario where looking at the mysterious monsters results in the death of almost everyone – by their own hands. The movie ends on a “hopeful” note according to director Susanne Bier. The last scene is certainly a relief after everything that has come before, but the ending is actually completely horrifying.

When Bullock’s fierce hero Malorie finally finds Rick’s sanctuary, she discovers that most of the survivors are people who were born blind. This means they are immune to the creatures.

In the original book by Josh Malerman, the scene was rather more upsetting, since the people had actually brutally blinded themselves to survive.

Either way, the future is clear. Assuming the monsters are not somehow destroyed, humanity will have to evolve. More and more children will be born blind through genetic necessity,  following basic Darwinian principles, since only those born blind are guaranteed to survive. Meanwhile, everyone else will have to blind themselves, a disturbing and upsetting thought.

However much a loss of sight may be frightening to those who can still see, it is not related to any loss of basic humanity. The second scenario is far more frightening.

The only people who have seen the monsters and survived appear to be, in some way, insane. This will eventually create a society where those insane will become the dominant strand of humanity.

Does the Netflix movie address this issue?

Bier told Bloody Disgusting: “I would not have wanted to do an apocalyptic movie that didn’t have a hopeful ending. I’m not particularly interested for the audience to leave, from the cinema or their own screen, with a kind of completely bleak point of view. That’s not really what I believe in.”

She makes a valid point. Love and trust would be necessary for survival and any sort of hopeful future – even where sight was no longer possible. Unfortunately, this would certainly not apply in a world dominated by the insane.

The ending of Bird Box may have some tiny seeds of hope, but is utterly horrifying nonetheless.

BIRD BOX IS OUT NOW ON NETFLIX

'The Mandalorian' powers up with a polished second-season launch

LeAnn Rimes poses NUDE on social media: 'My time to be unabashedly honest about what psoriasis is'

The Haunting of Bly Manor spoilers: Dani star reveals if character is dead in final scene

Virgin Orbit to take stake in Sky and Space Global