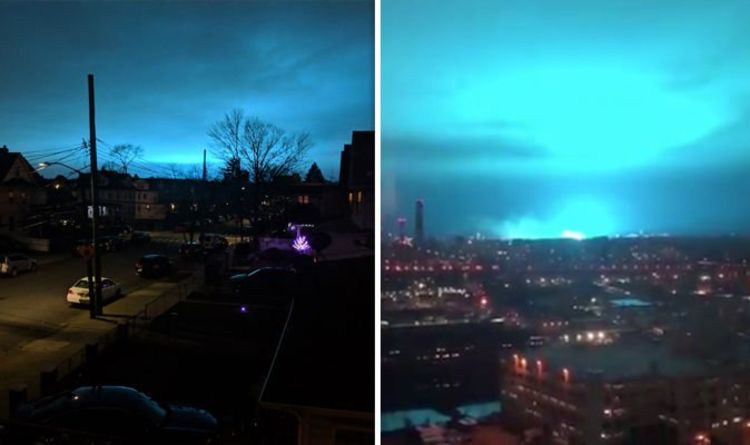 “The fire is under control, will update as more info becomes available.”

The fire was put out quickly and according to authorities there are no reported injuries.

However, this did not stop spectators from sharing videos and pictures of the flashing light and speculating on social media.

One Twitter user said: “The Sky in New York City is blue tonight.

“At first I thought the aliens have arrived on earth but nope it has been confirmed to be a power plant transformer by multiple sources.”

Another one added: “Something exploded in New York making the sky look beautiful.

“Whether it was aliens, a mad scientist, a kid getting super powers, or an iPhoneX exploding I am ready for the government to cover it up.”

“Didn’t know what to think.

“You start to try and figure out what it can be, but nothing made sense.

“I didn’t know whether to grab a bible or my car keys, but

Egypt to try ex-student for sexual assault in #MeToo case

Why you should be a poll worker this year

Jacob Blake: Trump brands Kenosha mayor 'a fool' as he heads to city