“Todd Bowles is our Head Coach. There is no truth to the report of our interest in Jim Harbaugh,” Johnson said in a statement released by the team’s Twitter account.

Pro Football Talk reported Sunday that the Jets planned to make Harbaugh a “financial offer he can’t refuse, well in excess of the $7 million he earns at Ann Arbor.”

Harbaugh finishes his fourth season with the Wolverines, his alma mater, in Saturday’s Peach Bowl clash with Florida. Before that, he was the head coach of the San Francisco 49ers for four seasons (2011-14), going 44-19-1, and the coach at Stanford for four seasons (2007-10).

Harbaugh, 55, has said he is staying put.

“Personally, I do not speak about my next job,” Bowles told ESPN. “I worry about tomorrow when Christmas comes and I worry about New England on Sunday. And I’ll go from there.”

Bowles finishes his fourth season at the Jets’ helm on Sunday against the Patriots. Since they compiled a 10-6 record in Bowles’ first season in New York in 2015, the Jets are just 14-33 (4-11 this season). 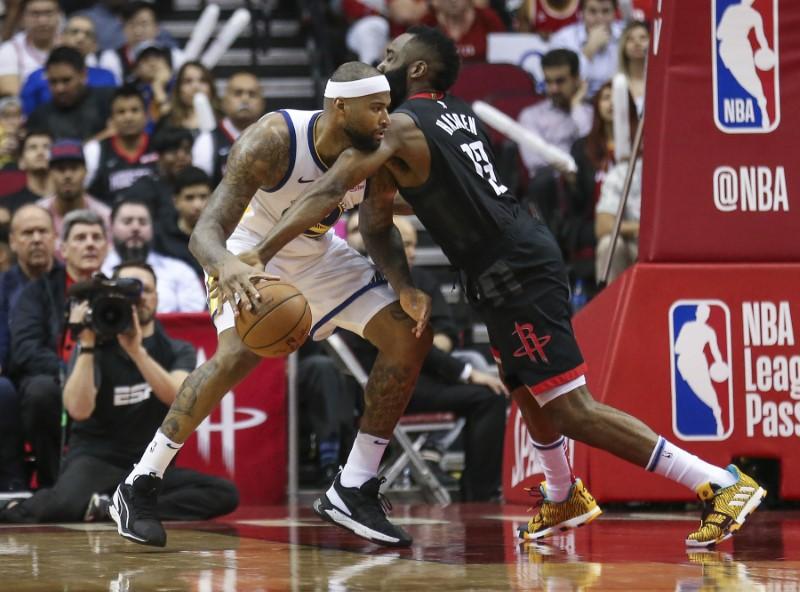 DeMarcus Cousins served as a facilitator before thriving as a battering ram, leading the Golden State Warriors to a 106-104 victory over […]

Yorkshire beat Northamptonshire by 53 runs at Wantage Road, set up by a century from Harry Brook. He made hay while wickets […]

Lionel Messi and Antoine Griezmann fired Barcelona to a 2-1 win at home to Athletic Bilbao, avenging their recent defeat to the […]