ATROCITY: The IRA’s Docklands bombing in 1996 was one of several outrages backed by late Libyan rule (Image: BOB BARCLAY)

More than £60billion of Muammar Gaddafi’s assets were frozen by the UN after his death in 2011 and are set to remain untouchable until stability returns to the war-torn country. But campaigners say this money should be used to compensate those hit by the tyrant’s terrorism – including victims of IRA bombs made from Libyan-supplied Semtex explosive. The Foreign Office (FCO) is due to appoint an assessor to gauge the level of compensation to be awarded to more than 3,000 survivors and their families following IRA atrocities dating back to 1983, including the Remembrance Day massacre at Enniskillen, which killed 12 and injured 63.

But while this announcement was initially heralded as “a small step forward”, it has been condemned by campaigners and lawyers as “another attempt to push the issue into the long grass”.

Jonathan Ganesh is president of the Docklands Victims Association and survivor of the 1996 truck bomb which killed two and injured more than 100 in the IRA’s east London blast.

Last night he said: “We have been campaigning for more than 10 years for justice and for 10 years the British government has done nothing while other nations have secured compensation for victims.

“Just this year Zaoui Berezag, who was left blind and permanently brain damaged when his car was crushed, passed away. Two years ago his wife Gemma, who was desperate for help in caring for him, took her own life.

Gaddafi’s assets have been frozen by the UN (Image: REUTERS/Max Rossi/Files)

“Victims are in desperate need. We must send a message to every would-be terrorist out there that Britain will hold them to account. But time is running out.”

Lawyers acting for the families questioned why the FCO is embarking on assessment when a formula has already been worked out by the US.

It equates $10million (£8million) to families of those who died and between $3-$7million (£2.4-£5.5million) to each survivor, depending on their level of injuries.

The assessor, an idea originally conceived by Boris Johnson while Foreign Secretary, is expected to be William Shawcross, former chair of the Charity Commission.

But one top lawyer dismissed the idea.

“This is yet another half-baked device to avoid the sensible course of action set by other countries and recommended by a parliamentary inquiry – that of utilising frozen Libyan assets, or at the very least the interest accrued on such assets, to pay compensation,” said Jason McCue, of McCue & Partners, which represents more than 200 original victims.

Along with the 1987 Enniskillen attack and Docklands outrage, IRA atrocities carried out with Libyan Semtex include the Warrington bombing in 1993, which killed two children and injured 50, and the Harrods blast in 1983, which killed six people and injured 90.

A week ago, survivors of the latter outrage gathered at the store to mark its 35th anniversary.

This month it emerged that Belgium had already released billions of the frozen funds, after its courts decreed the interest accrued did not form part of the sanctioned money.

Britain’s share of Gaddafi’s fortunes was gauged at £9billion in 2011 but has ballooned to £12billion, potentially giving the UK £3billion in accessible interest.

The figure to compensate 3,000 victims and relatives is estimated at around £2billion.

The Foreign Office insists Britain has not followed Belgium’s lead in taking the interest because of opposition by the UN.

Other countries such as the US, Germany and France have dipped into the capital itself, under a loophole which states it can be used for “humanitarian” reasons.

Foreign Office minister Alistair Burt confirmed last week that “HM Treasury may grant permission for frozen funds to be released” – an admission that had previously been denied – and lawyers say it is only an executive decision by successive governments that has prevented this.

Ulster Unionist Party peer Lord Empey has urged the UK to play its trump card. He said: “We are members of the UN Security Council with the right to veto. We need only say that we will veto the return of these assets unless accommodation for our request is made.”

Speaking of his 10-year battle, Mr Ganesh said: “The Foreign Office’s appointment of an assessor might be a small step forward, as some have suggested, but governments over the past 10 years have already shown there is no interest in getting justice for victims.

“In 2008 I met Prime Minister Gordon Brown, who initially told me his hands were tied. After we began to campaign in earnest, the FCO formed the Libyan Reconciliation Unit but, privately, Mr Brown told me the boat had already sailed for us.

“I told him that these are British citizens, who he is supposed to protect.

It then emerged that the Government was more concerned about trade deals and Libyan investment.”

The Docklands Victims Association continued to campaign and, five years ago, secured a meeting with Libyan ambassador Mahmud Mohammed Nacua.

“We told the FCO, expecting they would provide a minister and an interpreter. They simply told us this was now a private matter between victims and the Libyan government. I couldn’t believe my ears.

“When we turned up I was forced to take Gemma, someone who had already suffered, whose husband was permanently injured, because she’s Moroccan and speaks Arabic.

“She overheard diplomats remarking on the fact that we were not being accompanied by a minister. ‘Why are there only victims?’ they said, before realising she could understand. They were laughing at us. We felt like fools.”

Mr Ganesh, 42, added: “We now know the Government could unfreeze these funds if it wanted to, as the US, France and Germany have done. The money is just sitting there.

“The Government says it cares about victims but it’s just lip service. It’s no good telling us to wait for Libya to stabilise or for an assessor to do whatever he will do. If the US, France and Germany unfroze the funds, we can too. If Belgium used the interest, we can too.”

An FCO spokesman said: “We want to see a just solution for all victims. The Libyan government has a responsibility to deal with the legacy of the Gaddafi regime and the UK government continues to impress upon them the impact of Gaddafi’s support for the IRA.

“The situation in Libya makes progress on this issue extremely difficult, which is why the UK is supporting efforts to deliver a more inclusive political settlement in Libya, in order to help create a more stable and effective government with which we can work.” 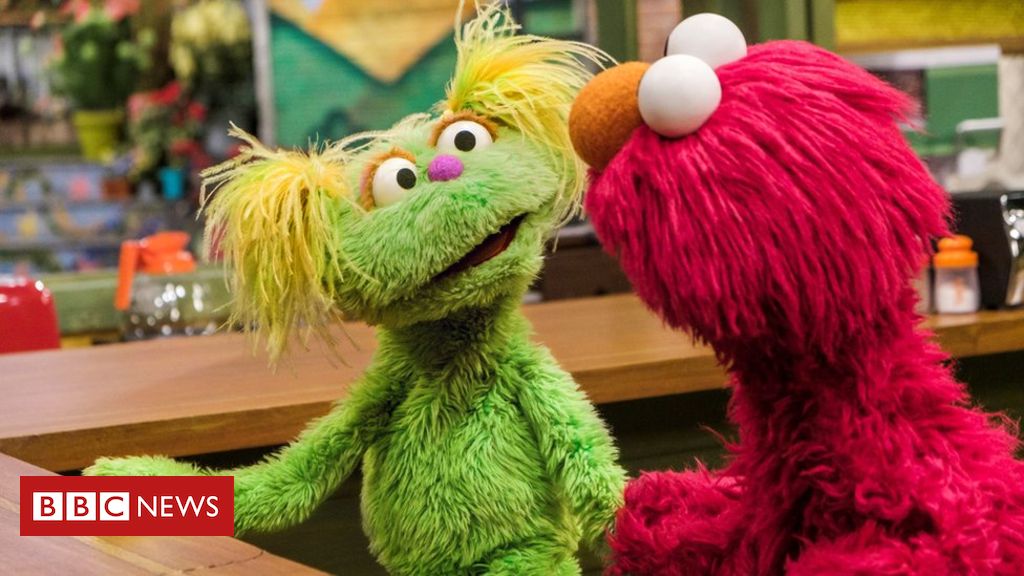 Advocates for both survivors of campus sexual assault and the accused are bracing for a decision from Education Secretary Betsy DeVos, who […] 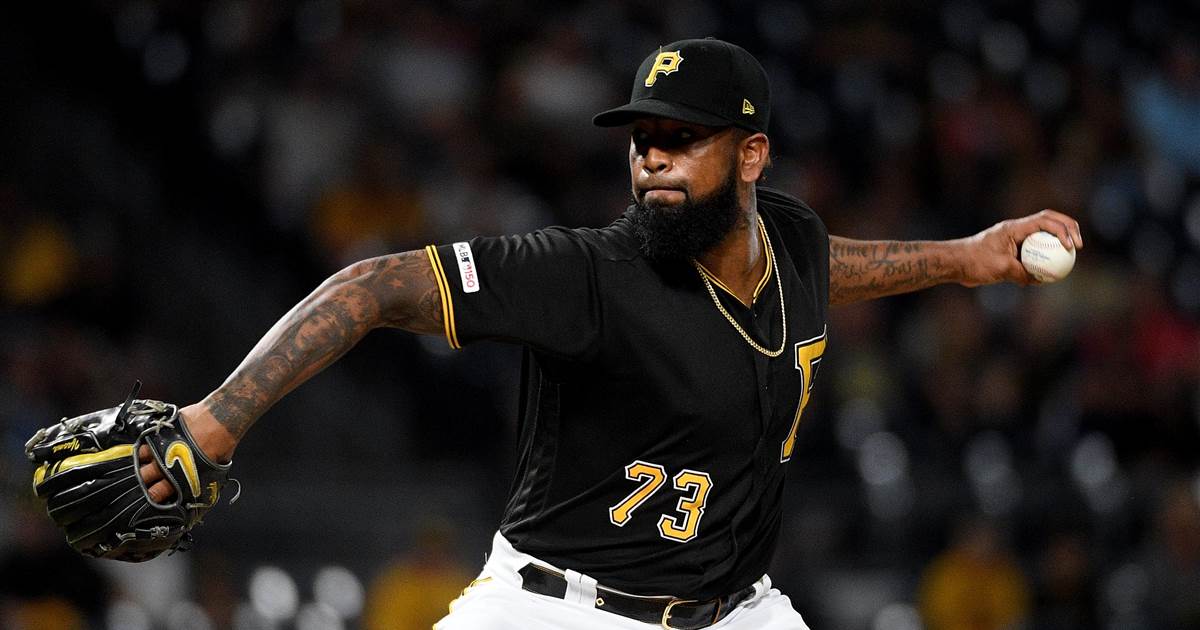 All-Star Pittsburgh Pirates pitcher Felipe Vazquez was arrested for allegedly exchanging obscene material with an underaged girl, dating back to when she […]

WASHINGTON (Reuters) – Washington is willing to discuss “many actions” to improve ties and entice Pyongyang to give up nuclear weapons, the […]