TOKYO (Reuters) – “I’ll have a draft,” says Yasuo Fujinuma, heaving himself down at the sushi counter. He pulls a pack of cigarettes from a frayed pocket of his sweater. From the corner of the restaurant, a small TV hums the noon weather forecast. He never drinks at noon.

“I’ve just come from the hospital,” he says, tapping the filter end of his cigarette on the bar. “My sister died.”

The chef puts his knife down. Another customer peers over the top of his sports pages. After a pause, the chef returns to his cutting board.

“You took good care of her,” he says, placing a sheaf of haran leaf on the chipped black counter. He lines the leaf with a dozen nigiri sushi and hands Fujinuma a mug of beer.

Conversations roll on like this at the Eiraku sushi bar. They start mid-sentence with no hellos or how-are-yous and veer into private thoughts without much fanfare, punctuated by news of ordinary tragedies.

The chef and Fujinuma talk about how his sister was last in a few years ago, stopping by after an evening dip in the public bath across the street. She had her usual sushi and a beer, then walked home with her cane past an abandoned karaoke bar, past the empty tempura restaurant, turning the corner where two more pubs used to stand.

Eiraku is the last surviving sushi bar in this cluttered neighborhood of steep cobblestoned hills and cherry trees unseen on most tourist maps of Tokyo. Caught between the rarified world of $300 omakase dinners and the brutal efficiency of chain-restaurant fish, mom-and-pop shops like it are fast disappearing.

Fujinuma, 76, pops sushi into his mouth and thinks out loud about the arrangements still to be made for his sister. A hospital consent form he just signed is handed around and examined at the bar.

“It’s just me now,” he says, his mouth still half-full with vinegary rice and fresh fish. He nods at the man and woman behind the counter. “You’re lucky you have each other.”

Chef Masatoshi Fukutsuna and his wife, Mitsue, smile without a word. In the 35 years since they opened up shop, the couple has seen many of their friends move away for a job or family, only to return decades later, often without the job or the family, their absence unspoken.

Absence is a part of life here on what remains of the Medaka shopping street, a road so narrow that cars have to drive up onto the sidewalk to let another vehicle pass.

No one can say exactly when the first shop on the street closed. People squint a little and say it was probably the electronics store a decade ago, or maybe it was the rival fishmongers across the street from each other. Next to close was probably the butcher shop, they say, then maybe the Chinese restaurant after that. In the past decade, three family-owned sushi restaurants in the area have shuttered. In the empty spaces left behind, fluorescent 7-11s have moved in, with microwave bento boxes and $5 trays of sushi and men in tired suits smoking alone outside.

Once the sky turns pink and the sun sets, the street descends into shadow, save for the faintest glow from halogen lamp posts.

It’s a neighborhood in twilight. More like it are scattered across this city, their corner cafes and stores far from the neon blare of the famous shopping districts. The number of independent, family-owned sushi bars in Tokyo has halved to 750 in the last decade, a trade association says, driven out of business by fast-food joints and a younger generation that doesn’t want to inherit them.

“People would rather pay 100 yen for a plate of sushi at a really cheap place or they’d shell out tens of thousands of yen to go to a famous sushi restaurant in Ginza that they heard about on television,” says the chef, absentmindedly changing the channel of the TV. “But places like ours, shops that are right in the middle, we just can’t seem to survive.” A game show starts playing, and canned laughter soon fills the room.

To compete with cheaper corporate-backed restaurants, Eiraku has kept its lunch and dinner prices unchanged for the past 10 years. Their sushi lunch sets start at $8, while dinner and drinks usually cost around $50 per couple. To keep expenses down, Fukutsuna drives his Honda motorcycle to the new Toyosu wholesale market every morning to haggle over small amounts of fish. He buys only what he might sell in a day, but takes pride in picking the best seafood himself. His oldest son, who works as a manager of a three-story sushi chain with hundreds of tables on the other side of the city, never goes to the market himself and orders his supplies in bulk.

“They charge you 30 percent more if you order by fax, online or by phone,” Masatoshi says.

Despite their best efforts, the office workers and factory men who once stopped by during the day are long gone, their offices and workshops outsourced to far-flung neighborhoods or foreign countries. One of the couple’s former customers, an executive of a medical equipment firm, still sends one of his junior employees across town every year to deliver a new company calendar. It stands on the restaurant’s limited wall space like a bittersweet reminder, hung across the room from an aerial photograph of the old Tsukiji fish market.

The bar can only seat 10 people at a time. Most patrons prefer to sit on one of the four stools at the counter, where they can point directly at the fish on display and watch the chef prepare their dish. Elderly customers find it harder to sit at the two low tables set out on tatami mats near the front of the restaurant. When the couple’s children come home for the holiday season, their grandchildren throw off their shoes and play on the cushions.

At 5 p.m., moments after flicking on the restaurant sign to open for dinner, Mitsue walks over to the whiteboard and takes sardines off of the daily menu. Too expensive. It could be global warming, the pair say, or it’s just an off week or year, a bad harvest. Fishmongers give them a different answer each time. Whatever the reason, they can’t serve the fish tonight.

Behind the counter, Mitsue and Masatoshi work in comfortable silence, often with their backs to each other. The 63-year-old chef, despite his wispy white hair, still has the look of a bemused boy, while Mitsue, 61, has an unlined face that sometimes betrays an expression of concern. They met when Mitsue was still in high school.

Like many long-together couples, they bookend each other’s sentences, and Mitsue often repeats orders for her husband and nudges him to finish a train of thought.

“The only reason why we can stay in business…” he starts. “Wait, what was I going to say?” he turns to his wife, who is never more than a few feet away from him in their tiny kitchen. She stirs a pot of miso soup on their two-burner gas stove. “We can stay in business because our children are grown, because we own the place ourselves, and we make just enough for the two of us to live on,” she says.

They can’t say when they will retire, but they’re both adamant their oldest son shouldn’t take over the business.

“I want him to make his own way, and do well for his family,” says the chef.

In the meantime, they make sure never to go away for longer than a few days. Even when they traveled to Guam with their children and grandchildren two years ago, they were gone just four days.

“I don’t want them to think that we’ve gone out of business,” Mitsue says.

Shop closings are a quiet, middle-of-the-night affairs. Neighbors only find out when they see an ominous sheet of paper tacked onto bolted doors. The notes, usually hastily written, are letters of gratitude to their customers of 10, 20 or 30 years. Soon, vines will tangle over the empty doorway, and its passing will barely be remembered by those still here.

Night falls, and neighbors shiver down the street in their heavy coats.

A young couple walk into the restaurant and sit down at the counter. They take off their jackets and order a plate of sushi to share.

“It’s like being with mom and dad,” the woman says as she sips a glass of beer with her husband. “It’s so comforting.”

Soon, the bar is empty again. An hour or more passes, then the phone rings. Sushi delivery for two in the neighborhood. The chef gets to work, packing lacquered containers with nigiri, then grabs his red helmet. Years ago when they had more business, Fukutsuna would ask his twin brother to make deliveries at night. Only the best customers could tell the identical siblings apart. His twin eventually opened a restaurant of his own, but it failed and these days he’s back in the neighborhood. Now, deliveries are so rare the chef handles them alone.

The wood-framed Citizen clock strikes 8, and Ryuichi Sakano walks over to the bar. He pours a glass of Chivas Regal from the bottle he keeps behind the counter.

Sakano, 63, has been eating here, off and on, for decades. He’s traveled all across Tokyo working as a crane operator on big construction sites, but he’s never found another place like this.

“Their son says his father’s sushi is the best,” he says, picking at a piece of shellfish. “I’ve known Ma-kun for 50 years and he knows I’m a picky eater,” he says, referring to the chef by his schoolyard nickname. “It’s hard because lots of people ‘round here are living on a pension and they can’t afford to eat well.”

“That’s going to be us soon,” says the chef, laughing. The men start discussing the meager monthly pensions they will need to live on and wonder aloud how much longer they can keep working. Sakano has to wear a safety belt every morning to climb to the top of his tall crane and says his body just can’t keep up with the work.

“You hear about that restaurant on the main road?” Sakano asks suddenly. “The bank took the business, you know, to cover the loans.”

Mitsue looks over. “I wonder what they’ll put there,” she says.

“I think it might be a gyoza place, some chain restaurant,” Sakano replies. “Or maybe it’ll be another high-rise.” A moment later, Mitsue remembers to share news of their other customer’s death.

“He took good care of her,” repeats Sakano. “It couldn’t have been easy, all those years.”

Another silence. “It’s my daughter’s birthday today,” he says. Mitsue nods. Everyone knows he hasn’t seen her in years. The subject is left hanging and they turn back to the TV. 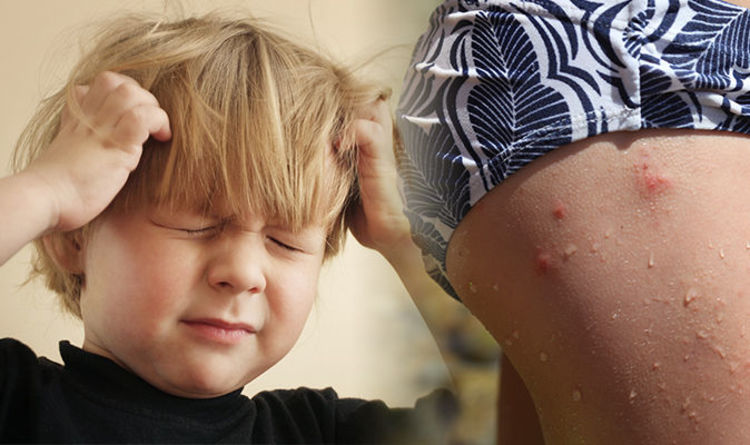 Head lice are very common in young children and are usually picked up from head-to-head contact.  They can be difficult to spot, […] 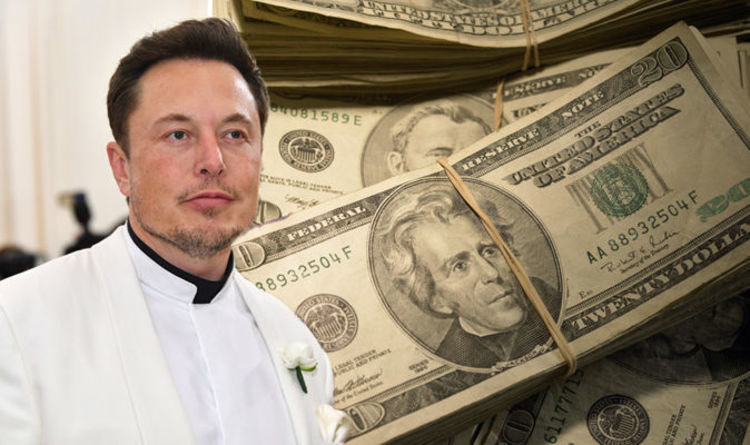 Elon Musk, 47, is a South-African born business magnate, investor and engineer. He currently holds the title of CEO for three multi-million […] 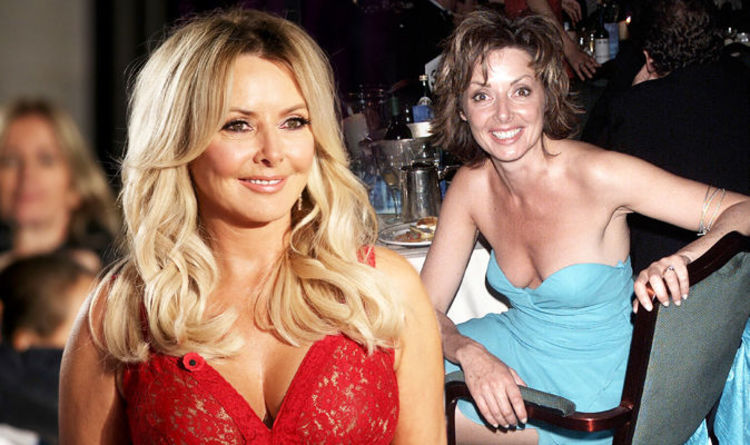 Carol Vorderman is the TV presenter, hailing from Bedfordshire, though she grew up in Wales. The British star came to fame thanks […] 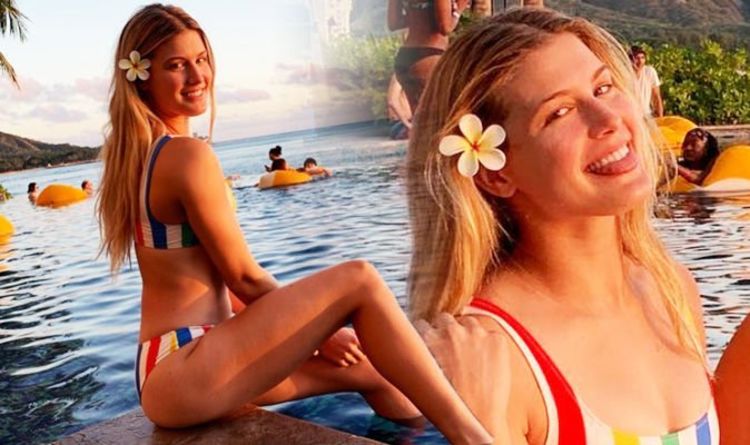 Eugenie Bouchard, who often goes by Genie, posed by the infinity pool at the Sheraton Hotel in Honolulu in the evening sun. […]