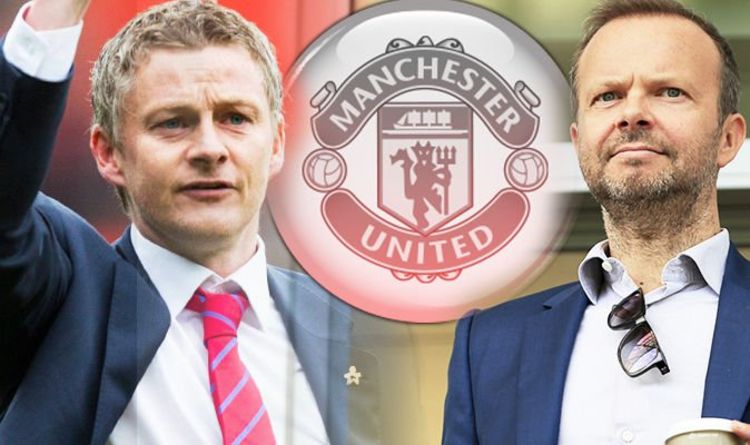 Solskjaer was managing Molde in his homeland but has been brought in on a short term deal.

It is believed he will be kept on at United beyond the summer in some capacity having previously been reserve manager – however Molde have stressed they are ‘lending’ Solskjaer to United.

A Manchester United club statement read: “Manchester United announced today that former striker Ole Gunnar Solskjaer has been appointed as caretaker manager until the end of the 2018/19 season.

“Solskjaer scored 126 goals in 366 appearances for United between 1996 and 2007. In 2008 he became the club’s reserve-team manager, before taking the managerial role at FC Molde in Norway.

“Solskjær will take charge of the first team with immediate effect and will remain in place while the club conducts a thorough recruitment process for a new full-time manager.

“He will be joined by Mike Phelan as first-team coach, working alongside Michael Carrick and Kieran McKenna.”

Solskjaer, who played for United for 11 years, returns as a club legend and hopes to put a smile back on the fans faces.

“Manchester United is in my heart and it’s brilliant to be coming back in this role. I’m really looking forward to working with the very talented squad we have, the staff and everyone at the club,” said Solskjaer.

Postponing Ryder Cup to 2021 would be right call, says McIlroy

Espanyol and Leganés will give fans free tickets for next season

The most-watched golf telecast in the history of cable television

Rasheeda Frost Puts Kirk Frost To Work Again! Check Out What He’s Been Doing In This Video