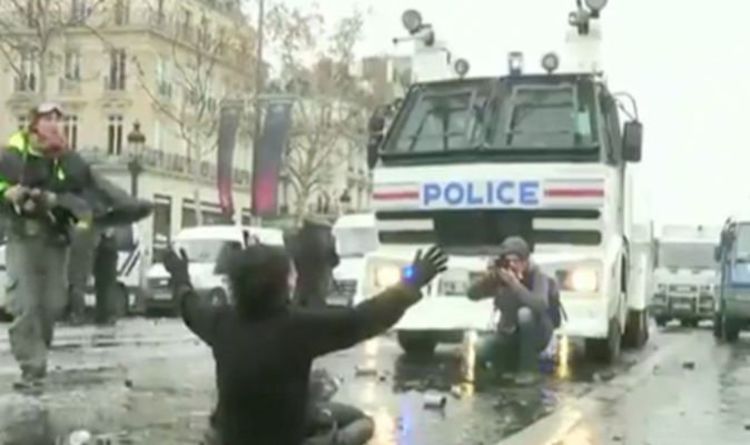 Authorities in Toulouse said on Sunday that 57 people, including 48 police officers, had been injured in clashes during Saturday’s riots. Five police officers were hospitalised. The southwestern city was engulfed in violence as Yellow Vest protesters, who oppose the French government’s plans to impose new fuel taxes, scuffled with police forces deployed to the area.

The police responded with tear gas as looters smashed up shops and overturned cars in the chaos.

Student protests also intensified today, with various incidents reported around the country of demonstrators setting buildings on fire, and of violent clashes with police.

Over the course of this week, students have gradually started to get involved in the so-called yellow vest protests against President Emmanuel Macron.

Local authorities told Reuters that part of the Saint-Exupery high school in Blagnac, near Toulouse in southwest France, had been set on fire on Tuesday.

One Twitter user said: “Macron has lost all legitimacy! Macron has to go! The French people have decided that Macron must go.”

Another thundered: “Macron must go, he has lost legitimacy to represent the French people.”

There were also clashes in Lyon, Marseille, Bordeaux and the city of Orleans, while schools were blocked in Creteil and Versailles near Paris.

Earlier on Tuesday, France’s prime minister suspended planned increases to fuel taxes for at least six months in response to weeks of sometimes violent protests, in the first major U-turn by President Emmanuel Macron’s administration after 18 months in office.

France’s Interior Ministry said it had to deploy 37,000 police officers, 30,000 firefighters, and 30,000 gendarmes, members of the ministry’s armed forces, to contend with the protests on Saturday. 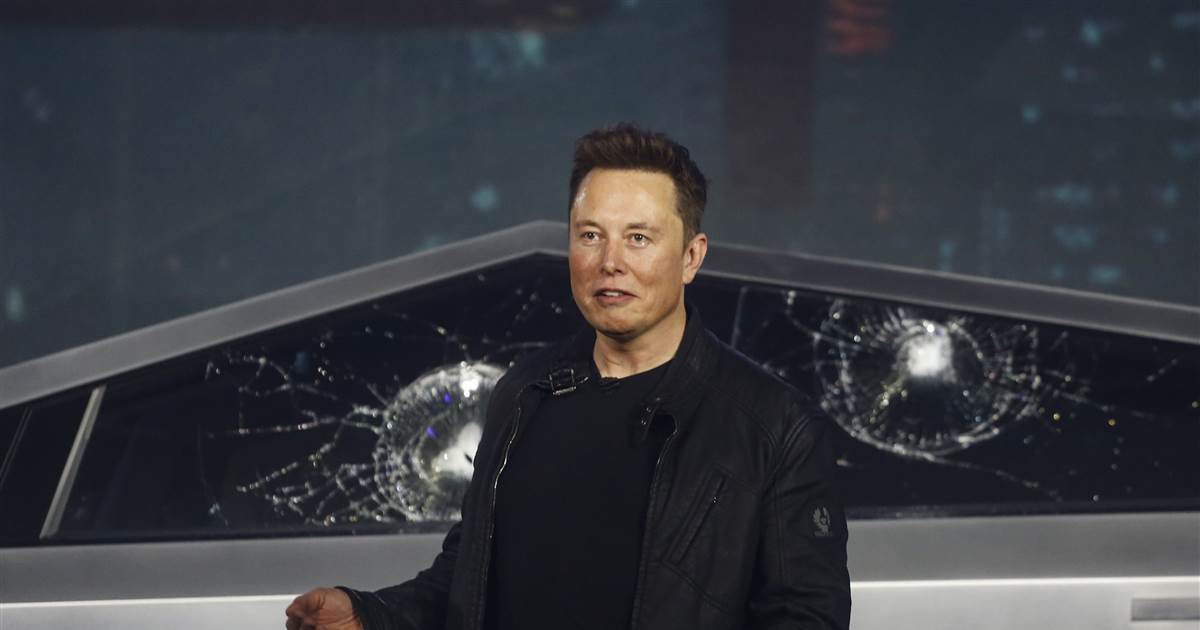 LOS ANGELES — Tesla CEO Elon Musk rolled out an electric “Cybertruck” at a launch event on Thursday, and sought to show […]

A swarm of earthquakes hit the state between the San Andreas and Imperial fault lines over the last few days. The cluster […]

The Guardian Crochet artist turns viral Bernie Sanders image into a doll that sells for $20,000 ‘I really hope he thinks this […]