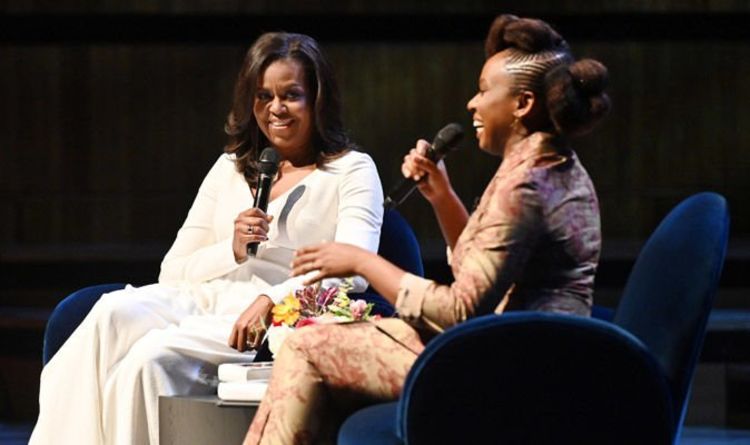 “Barack is so incredibly fond of Her Majesty. She is smart and funny and honest. But I won’t do his fangirling.” She said that the Queen reminds him of his grandmother Toot. Mrs Obama, 54, also spoke of the protocols she breached when she touched the Queen.

“I touched her… After all those protocol lessons, I was human. This was our last visit and we went to Windsor Castle.”

Mrs Obama was startled to learn that upon arrival, the Queen would be driving her in her car and when Mrs Obama hesitated out of fear of another protocol breach, the Queen told her: “Just get in. It’s all rubbish, just get in.”

Mrs Obama was in conversation with author Chimamanda Ngozie Adichie who asked her about the key to a successful marriage. “You’re trying to meld two lives forever and that’s hard. You’ve got to have a lot of compromise and a lot of work. There are going to be huge chunks of time where you just want to push him out of a window.”

She struck an optimistic note on the subject of her husband’s controversial successor Donald Trump.

“I need to say something hopeful,” she said. “Change is not a straight line. If we thought Barack Obama was going to erase hundreds of years of history [of inequality] in eight years, that’s ridiculous.”

She teasingly called her husband “Mr ‘We’re gonna change the world’” though she admits she did not really want him to do so.

When he told her he wanted to run for president, she admitted: “Deep down I was going, ‘There’s no way you’re going to win. So we can get this out of the way and I can say, ‘Oh honey, you tried. You’re going to be okay. Try something else, you’re good at so many things.’”

Michelle Obama was speaking at an event in the Southbank Centre’s Royal Festival Hall to promote her new memoir Becoming, also attended by London Mayor Sadiq Khan, Channel 4 newsreader Jon Snow and authoress Marian Keyes. She joked that Barack was “a little jealous” of her book’s success.

Asked what the future held for her, she spoke of her Global Girls Alliance and said that she and Barack were also working on his presidential library: “We’re training the next Barack and Michelle Obama.” 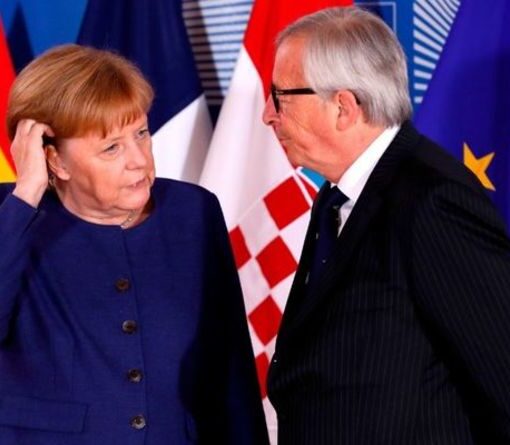 Mr Juncker, who was the former EU Commission President between 2014 and 2019, claimed the now former Chancellor had been great for […] 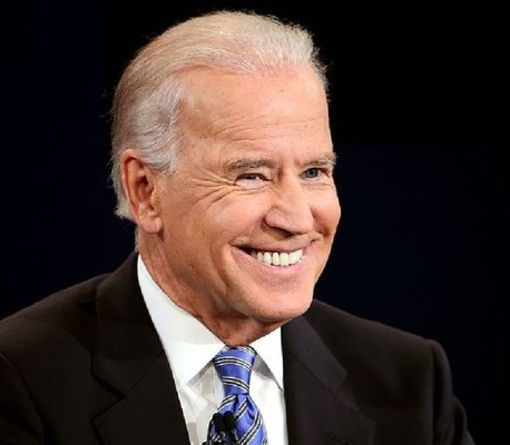 The former First Daughter had her own chief of staff and an office in the West Wing during Donald Trump’s presidency. She […] 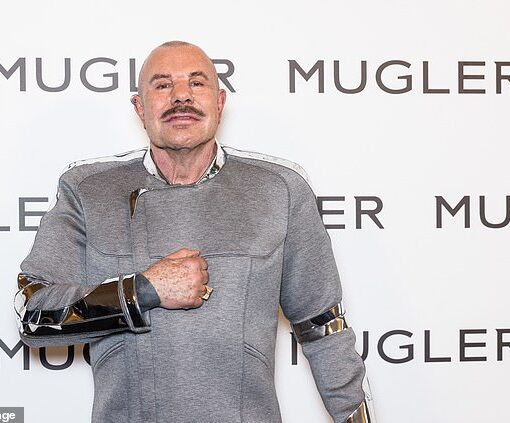 Iconic French fashion designer Thierry Mugler, whose designs were warn by entertainment royalty from Kim Kardashian to Lady Gaga to Beyonce, is […]