CHICO, Calif. (Reuters) – Rebuilding Paradise, California, after it was leveled by fire three weeks ago will pose a new massive challenge to the devastated mountain community – starting with complicated insurance claims for nearly 14,000 lost homes.

At least 88 people were killed in the Camp Fire and nearly 200 others are still listed as missing, making the wildfire the deadliest in state history. Law enforcement officials say the search for remains in the ash and rubble has officially ended.

Some of those who escaped the flames only to find themselves homeless are expected to be allowed to return to inspect their properties as early as next week. Many will find themselves essentially starting over, facing months or even years of rebuilding and seeking compensation for their losses.

Christopher Gregg, whose home in Paradise was a total loss, said he’s not getting answers to the question of when he will be compensated by his insurance company.

“They say, ‘We’ll let you know as soon as we can.’ Well, when can we get back on our feet, is my question. I’d like to know … When do we get a chance to resume some portion of our lives?” he said.

Insurance teams began gathering in Chico in the early days of the fire that erupted on Nov. 8 and rapidly engulfed Paradise about 20 minutes away and surrounding communities.

Working out of truck trailers, temporary tents and recreational vehicles in mall parking lots, and equipped with generators and satellite communications, insurance adjusters say they have been stymied in part by a ban on flying drones over what is left of the town of 27,000.

Insurers responding to natural disasters typically use drones to obtain 360-degree views of damage when access is limited. But the drones have been restricted as crews work to clear downed trees and power lines, as well as burn debris and restore infrastructure.

Pop-up insurance booths are a common site these days in California as it experiences its most destructive wildfire season on record.

A total of 7,579 fires have burned some 1,667,855 acres, an area roughly the size of Delaware, according to the California Department of Forestry and Fire Protection.

Moody’s last week estimated total insured losses at $10-$15 billion from the Camp Fire and the Woolsey fire, which was burning at the same time in the foothills above Malibu in southern California.

Insurers say climate change is a factor in the more intense fire seasons and are raising rates or even dropping coverage.

“We’re seeing these fires these last few years that people have defined as 1-in-500-year-type events … Absolutely we’re seeing some things change and climate change is playing a role in that,” said Suzanne Meraz, spokesperson for CSAA Insurance Company.

Insurers now often use computer models to generate house-by-house risk predictions, factoring in such features as local topography and brush cover instead of just using a more general history of blazes in a region.

Paradise resident Ed Riddle was focusing on one task at a time. His home is a total loss, confirmed by a friend who was able to take pictures.

“I kind of feel like a turtle on its back looking for a rock,” he said.

Riddle said he would like to rebuild, but wasn’t sure what that would look like. “There are so many rumors about how long its going to take before we can.”

He had been in touch with his insurer and already received some payments.

“I guess they’re going to present me with some options whether to rebuild or not. I’m told I shouldn’t make any decisions quickly about that,” he said.

Gordon Sondland, the U.S. ambassador to the European Union, will testify to House committees leading the impeachment inquiry into President Donald Trump, […]

FILE PHOTO: The Boeing logo is displayed on a screen, at the New York Stock Exchange (NYSE) in New York, U.S., August […] 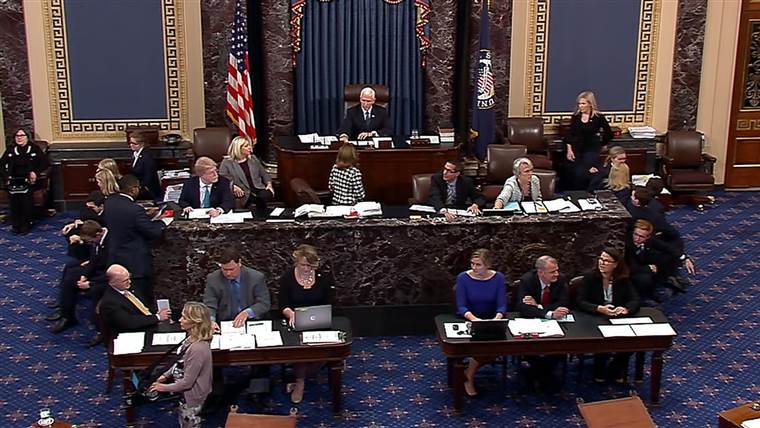