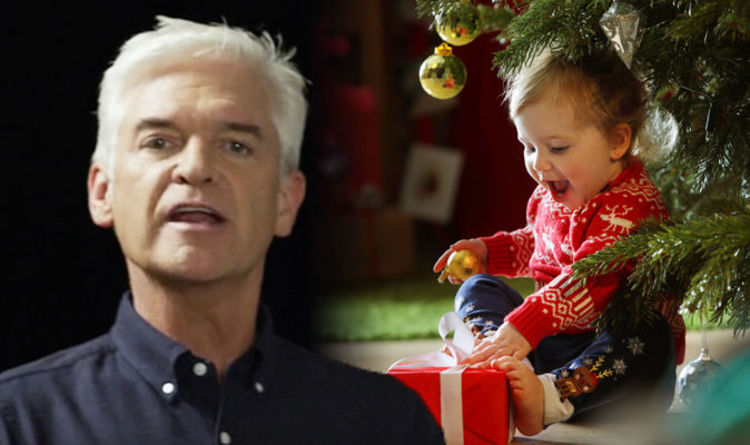 Money-saving tips are no doubt welcomed by many Britons throughout the year, but the handy hints can be even more helpful when it comes to buying Christmas presents.

This evening, Phillip Schofield put a number of products to the test – in order to ensure viewers were maximising their chances of getting value for their money.

So, what gifts does the presenter recommend picking for children this year?

Well, rather than choose himself, the 59-year-old had the help of a group of experts – a grooup of six and seven-year-olds.

Judging four high-tech electronic pets on their looks and playability, the test saw the children getting to take a closer look at the toys.

In the running were the products: Mystery Mao by Club Petz, furReal’s Rock-a-too the Show Bird, the Robo Chameleon by SilverLit and Little Live Pets’ Rollie My Kissing Puppy.

So, does splashing out on a pricier item mean your little ones will get more enjoyment from their toys?

According to this group of children, that may not be the case at all.

In fact, after studying the products, the youngsters shared their views on each of the items.

And, when it came down to the judges’ scores, the children ranked the toys in a very different order from high to low prices.

In actual fact, the toy testers found the cheapest product in the selection to be their favourite.

The Robo Chameleon, which retails at £39.99, scooped a mammoth 97 points from the group of youngsters.

Given 64 points from the judges, and coming in third, was the most expensive toy on test, Rock-a-too, the Show Bird, which is for sale at £79.99.

Meanwhile, the Club Petz Mystery Mao, which has an RRP of £59.99, was second in the kids’ list of picks – scooping 77 points.

Speaking on his self-titled programme, The Martin Lewis Money Show, the 46-year-old revealed savings accounts could end up paying more than cash ISAs.

In the episode, Martin explained consumers may be “better off” by storing their money in the former type of account, due to basic rate taxpayers not having to pay tax on their income – provided it was below £66,666.

How To Spend It Well at Christmas with Phillip Schofield continues next Tuesday at 8pm on ITV.

Brain scans can help predict who'll benefit from an antidepressant

Coronavirus: Kim Jong-un seen for first time in 22 days amid...

Man who left puppy to drown in cage sentenced to 1...