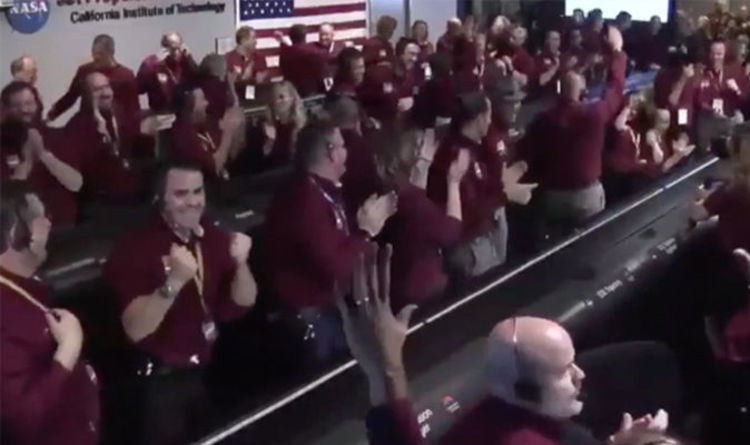 NASA erupted into applause as they celebrated their spacecraft landing on Mars.

A video shows the exact moment the team receives news of the touchdown.

Staff tensely wait in silence, before an announcement is made, saying: “Touchdown confirmed.”

The team clap and cheer in celebration, with two workers even doing a celebratory handshake and mini dance.

Other workers laugh in relief while hugging the person sat next to them.

“Its new home is Elysium Planitia, a still, flat region where it’s set to study seismic waves and heat deep below the surface of the Red Planet for a planned two-year mission.”

Twitter users reacted in delight to the news, with one joking: “That handshake looked more complicated than the landing!”

“I’m looking forward to seeing what we discover with this incredible scientific device!”

NASA’s Mars science lander InSight touched down safely on the surface of the Red Planet on Monday to begin its two-year mission as the first spacecraft designed to explore the deep interior of another world.

The landing capped a six-month journey of 301 million miles (548 million km) from Earth, following InSight’s launch from California in May.

Minutes later, JPL controllers received a fuzzy “selphie” photograph of the probe’s new surroundings on the Red Planet, showing the edge of one lander leg beside a rock.

InSight will spend 24 months – about one Martian year – collecting a wealth of data to unlock mysteries about how  formed and, by extension, the origins of the Earth and other rocky planets of the inner solar system.

InSight’s primary instrument is a French-built seismometer, designed to record the slightest vibrations from “quakes” and meteor impacts around the planet. The device, to be placed on the surface by the lander’s robot arm, is so sensitive it can measure a seismic wave just one half the radius of a hydrogen atom.

The journey to Mars has been described by NASA engineers as “seven minutes of terror”, as more landers have failed than have succeeded.

There have been 44 attempts made to land on Mars; 18 have been successful while 23 have not.

A further three achieved orbit but failed to land. 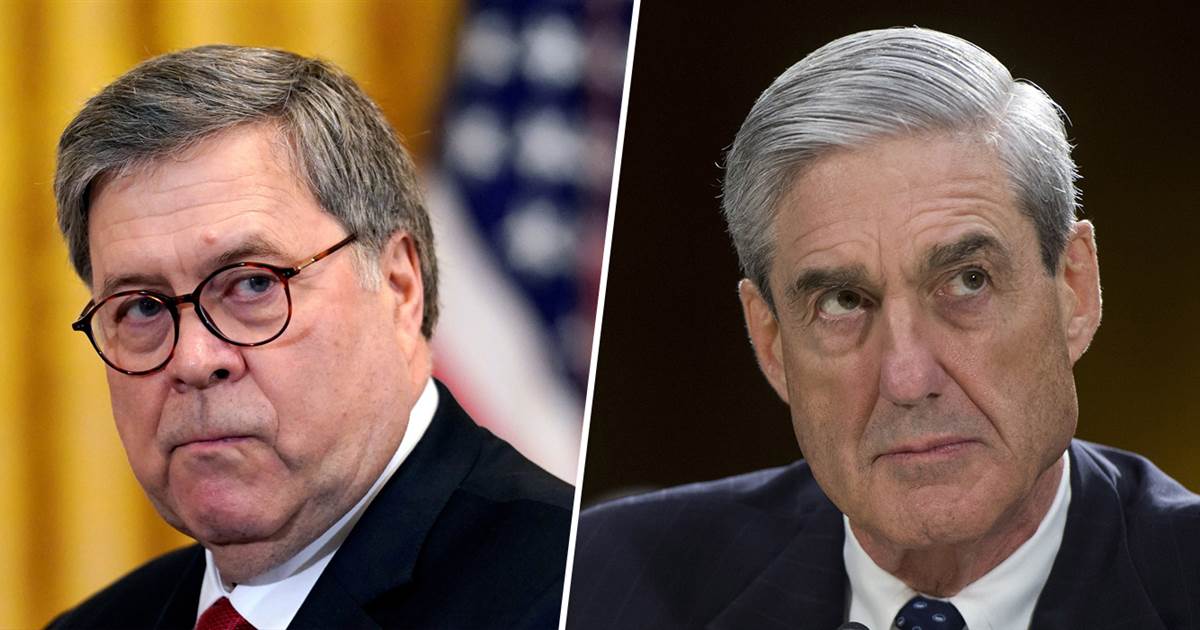 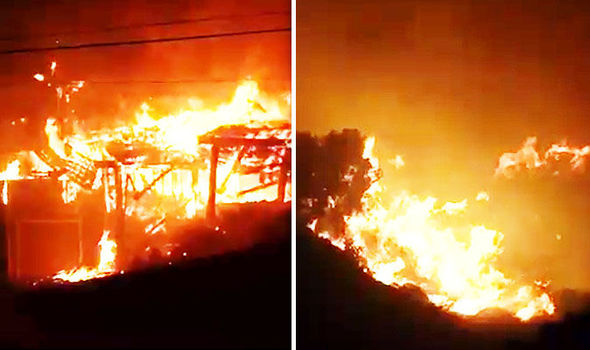 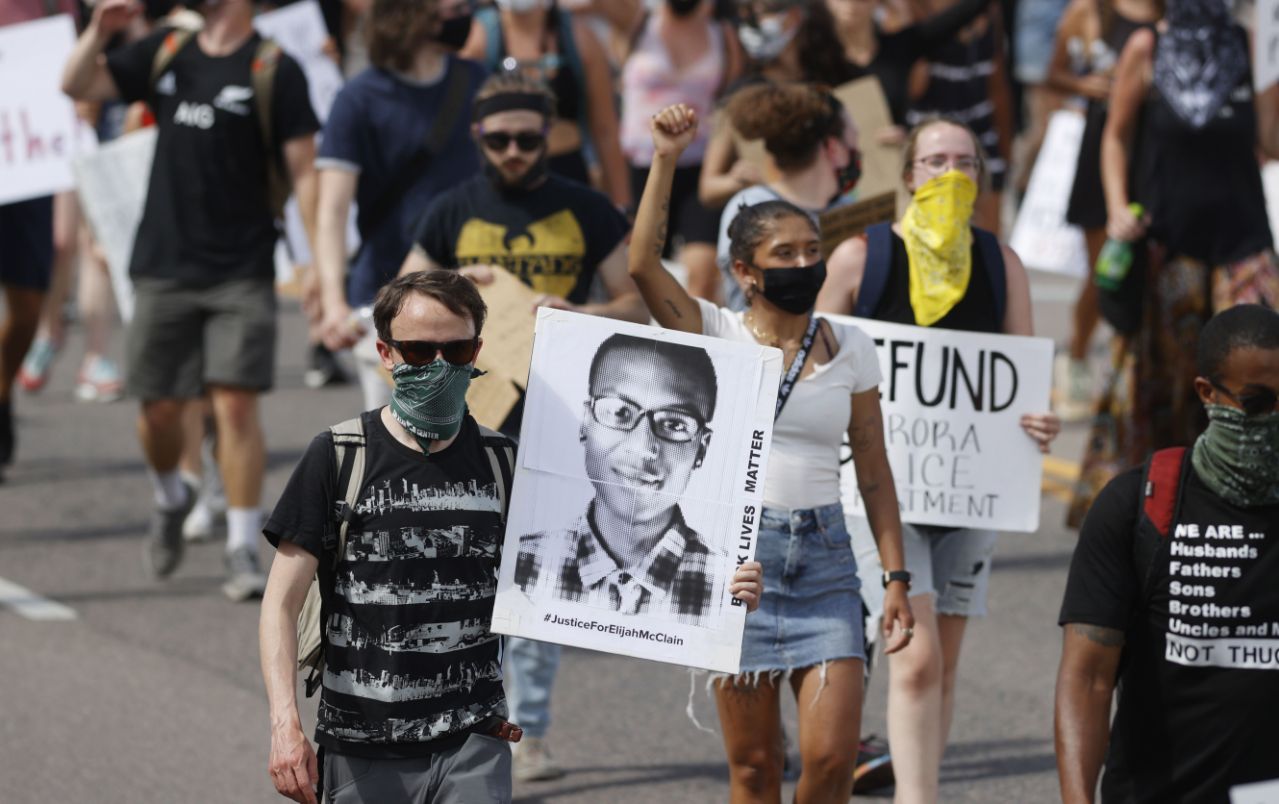 In the year since Elijah McClain died after being stopped by police in suburban Denver on his way home from a store, […] 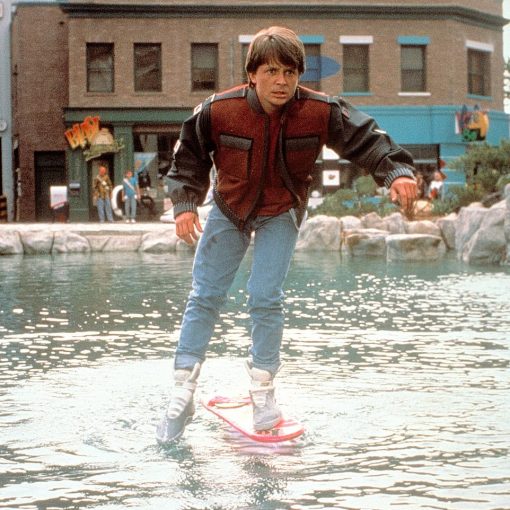 Movies have always been eerily prescient in their visions of the future. While some of the most popular and outlandish ideas have […]